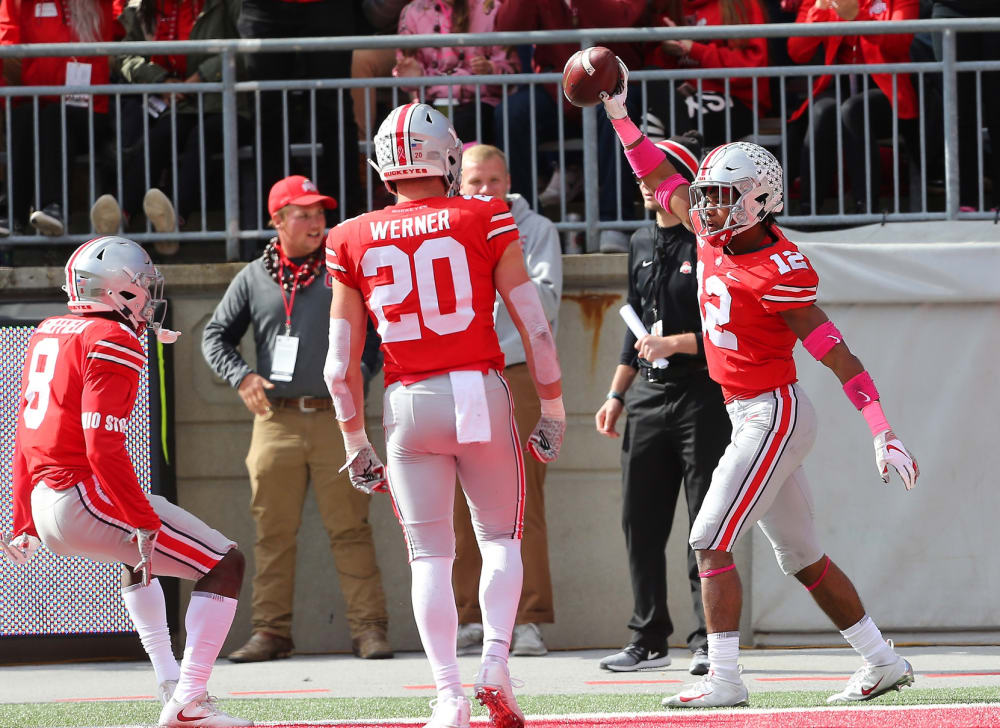 The speculation, debate and conversations about Ohio State never end, and Lettermen Row is always ready to dive into the discussions. All week long, senior writer Austin Ward will field topics on Urban Meyer and the Buckeyes submitted by readers and break down anything that’s on the minds of the Best Damn Fans in the Land. Have a question that needs to be tackled, like the one today about Isaiah Pryor and the Ohio State safeties? Send it in right here — and check back daily for the answers.

In the Urban Meyer press conference he said they’re still debating Pryor vs Wade at Safety. Why haven’t they made the switch yet and is it simply loyalty/ experience?

Ohio State has proven it has the patience to stick through some growing pains, and it can see how the flashes of potential in Isaiah Pryor make them worth it in the long run. And the reason it hasn’t rushed Shaun Wade into that key spot at safety is most likely due to the fact that it would rather not start that process all over again in the middle of the season.

Wade has all the makings of a future star for the Buckeyes, but the debate about whether he’s best suited to playing cornerback or safety is also part of the equation. And making the choice to scrap all the work Pryor has put in there and the progress he’s made plays a significant role in that thinking as well.

But one new reason for sticking with him emerged on Saturday against Minnesota: Pryor is beginning to turn a corner and produce in the Ohio State secondary.

“First career interception, it’s pretty nice,” Pryor said with a smile. “I mean, this year I’ve felt like I’ve had some good plays and I’ve had some bad plays. But at the end of the day, I’m just trying to get better. Every game, I’m getting more comfortable with the way I play, so we’re just going to try to keep it going.

“It’s not so much a confidence thing, you just have to make sure that you’re consistent and doing your job every time you get an opportunity, every time your number is called. I just need to keep doing that.”

That can be a challenge for any first-time starter with limited experience, and the nature of Pryor’s position in the back of the defense has left a number of his early-season missteps exposed and easy to identify.

Errors in front of him at times have also left him unfairly criticized, though teammates like Jordan Fuller have been quick to rush to defend him and point out where Pryor has grown. But the sophomore has also stepped up and owned those issues, a sign of maturity that continues to bode well for his future with the Buckeyes. 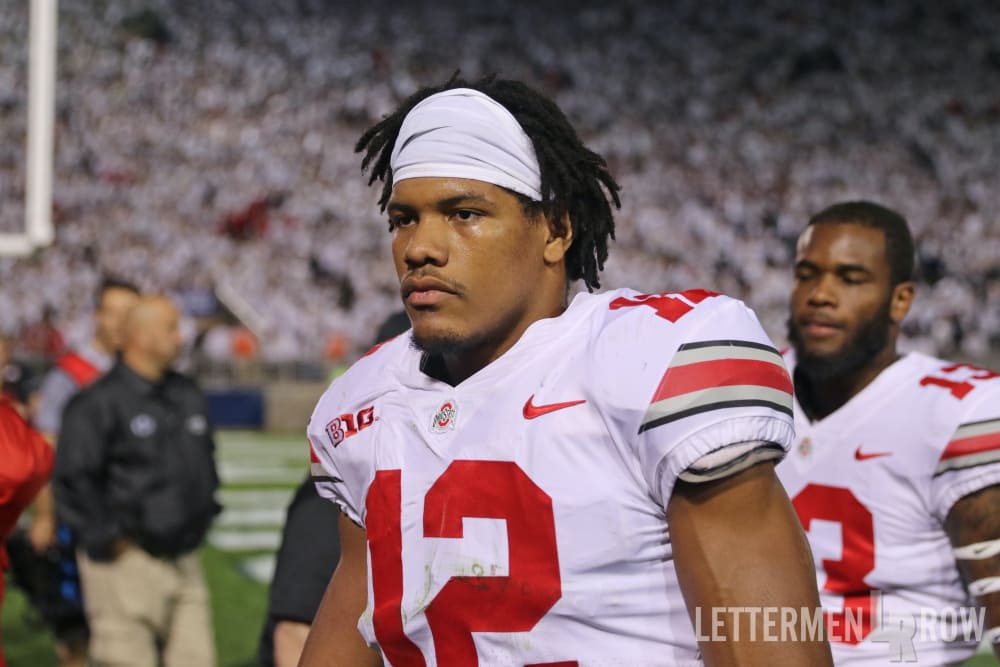 Isaiah Pryor has owned his inconsistency so far as he works to be a regular contributor for Ohio State. (Birm/Lettermen Row)

And his five tackles and an interception in the Minnesota win could provide the validation needed to help him take his game to a higher level down the stretch — which Pryor might also need to do as Wade heats up the competition during practice.

“We’re looking at everybody,” defensive coordinator Greg Schiano said. “[Wade] lined up and worked with the ones this week, and we evaluate that as we go, as we did during the game. There’s not any strongholds on anything. You play who you think gives you the best chance to win, and that will always be the case.

“But [Pryor] is a good player, and hopefully when you make plays like that it gives you more confidence. Every one of us has been young and inexperienced, and all of a sudden you make a play and it makes you feel like: I can do this.”

Of course, the Buckeyes need somebody who can do it consistently. And Pryor is starting to show signs that it can be him.