COLUMBUS — The Heisman Trophy finalist drought at Ohio State is over.

Maybe the Buckeyes aren’t the odds-on favorite to claim another winner on Saturday night in New York City. But Dwayne Haskins at least has the program back in the spotlight when college football’s most famous award is presented.

Truthfully, Haskins probably deserves more credit than the Ohio State quarterback has received when it comes to national awards. But he did wind up with enough acclaim to earn the first spot reserved for the Buckeyes since Troy Smith lifted the hardware now 12 full years ago this weekend.

That alone is obviously worthy of a celebration for the record-setting Haskins coming off the best single-season performance by a Big Ten quarterback ever. 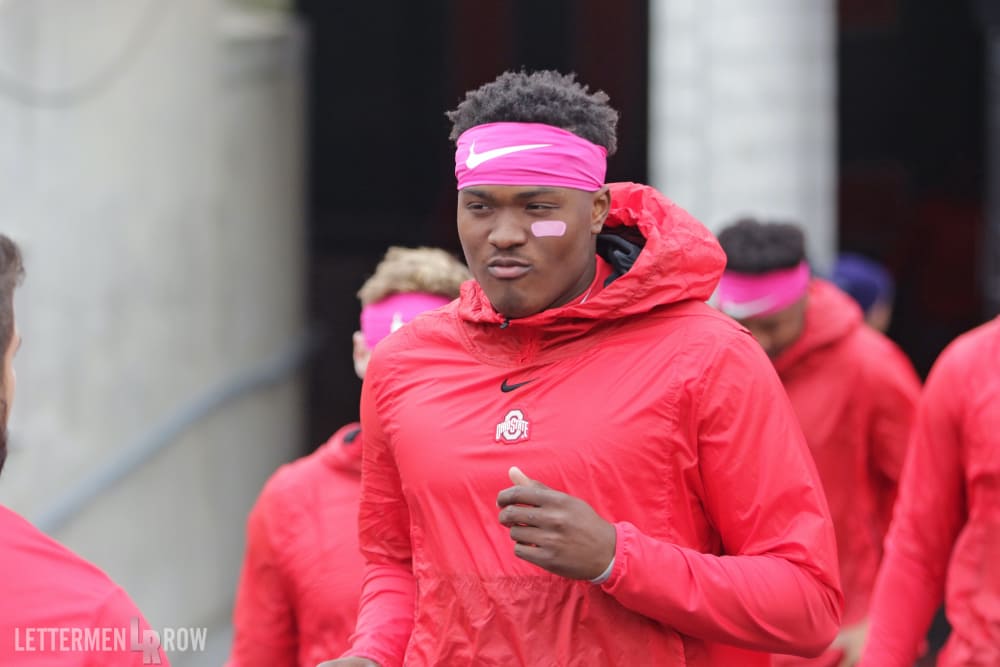 “I feel like I did what I needed to do to give them my case to win the Heisman,” Haskins said. “Broke Drew Brees’ touchdown record, broke Curtis Painter’s single-season passing record and did a lot of great things this year. It’s not my choice of who gets to win the Heisman, but either way, I just wanted to be considered for it.

“If I win, I win. If I don’t, I’m getting ready for Washington [in the Rose Bowl]. But just to be able to go to New York and show my kids one day that I was a finalist would mean the world to me.”

Haskins got that, and he’ll be able to see one of his boyhood idols there with Smith on hand for the ceremony this weekend.

The Heisman winner was in the Lettermen Row film lab this week again looking at how Haskins punched his ticket, breaking down another remarkable outing as the Buckeyes claimed the Big Ten title. Smith offers his advice to Haskins about how to enjoy the moment, raves about the arm strength — and maybe tips his hand about who finished on top of his ballot when it was submitted this week in his latest BuckIQ episode.