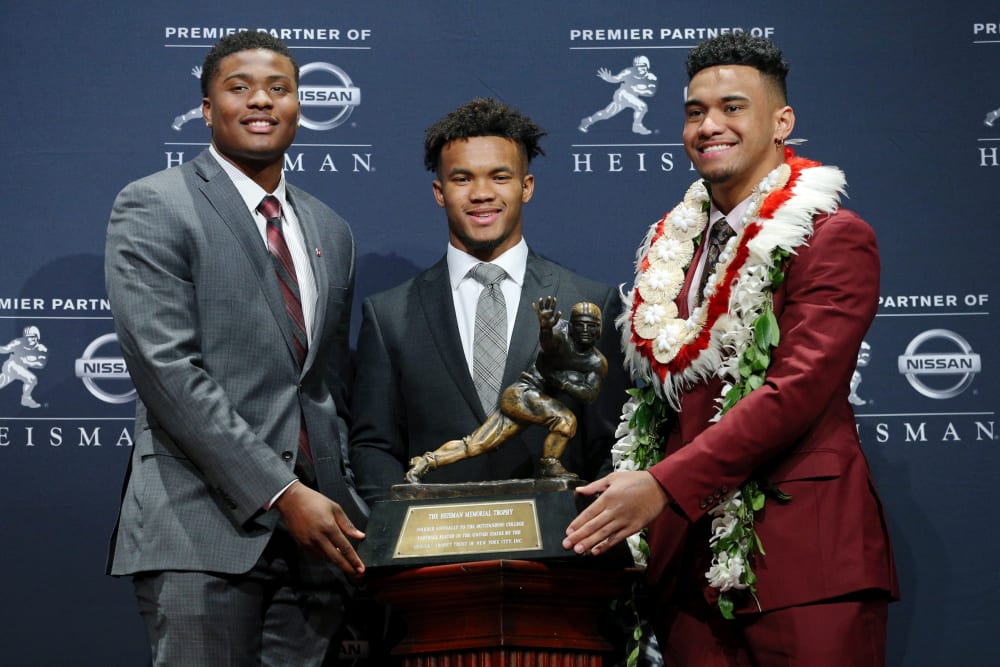 NEW YORK — There was no come-from-behind upset for Dwayne Haskins.

Of course, this time there was nothing more the Ohio State quarterback could do to change the outcome himself.

Haskins made one of the most compelling closing arguments for the Heisman Trophy that college football has seen in quite some time during the last two championship-clinching games for the Buckeyes. But his historic, record-breaking season wasn’t enough to overcome the perceived season-long lead held by the two leading contenders for the sport’s top individual award, which was claimed by Oklahoma’s Kyler Murray ahead of Alabama’s Tua Tagovailoa on Saturday night at the PlayStation Theater.

“Just to be in the same conversation with them is just humbling,” Haskins said before the ceremony. “And knowing that I can only still get better since that was my first year starting just gives me more motivation. 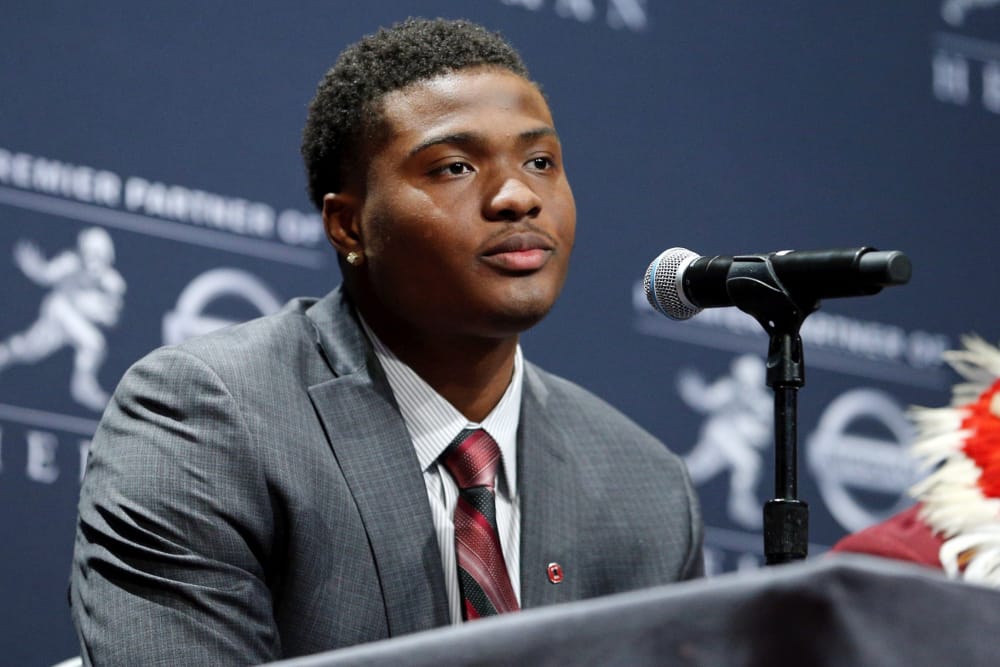 Ohio State quarterback Dwayne Haskins made it clear he intends to play in the Rose Bowl for the Buckeyes. (Brad Penner/USA TODAY Sports)

Haskins has one more chance to prove what he can do on the field and add another chapter to the most prolific single-season passing performance in Big Ten history in the Rose Bowl against Washington. And now there’s a little more fuel to his fire as he prepares for Washington and a matchup that is likely going to be his final outing before heading to the NFL draft as one of the most coveted quarterbacks on the market.

That decision hasn’t been made yet, of course, and Haskins has repeated made it clear that he intends to play with the Buckeyes in Pasadena. And he’ll enter the game on a roll after throwing for 11 touchdowns in the final two games of the season, carving up Michigan’s top-ranked defense and Northwestern in the Big Ten championship.

Those eye-popping outings earned him an invitation to New York. But he’s only going home with memories and motivation instead of a stiff-arming statue.

“You can tell I’m the underdog here,” Haskins said. “But it’s cool, I’ll take it for what it is. Just to be here is a good opportunity, and I’m excited to be named as a finalist and be considered as one of the top football players in the country. I’m really blessed.

“I wouldn’t say [being overlooked] bothered me. [Murray and Tagovailoa] are playing each other in the playoffs and the both had respectable seasons. But as far as the support, it’s been overwhelming. My teammates have texted me, coaches have called me like, ‘Why aren’t you being talked about on TV?’ I’m just like, ‘I don’t know, I’m not watching TV right now.’

“Just meeting guys like [Tim] Tebow and some of these Heisman guys who were saying they gave their vote for me, that just shows this was a special season.”

With or without the trophy, there’s no argument against that.

And Haskins still isn’t done yet.