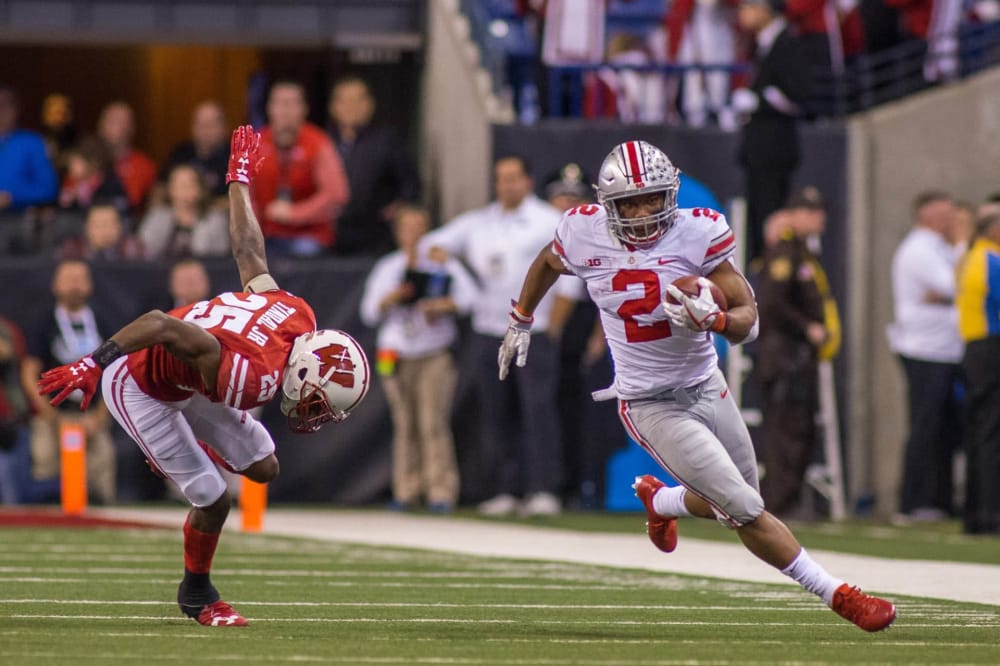 COLUMBUS, Ohio — Despite it only being June, the quest for Ohio State to add its first Heisman Trophy since Troy Smith in 2006 is underway — and three Buckeyes are already making waves in the race.

In January, Bovada’s Heisman odds listed Dobbins as the co-favorite with Wisconsin’s Johnathan Taylor, who led the conference in nearly every rushing category last season. Now, Dobbins sits in seventh in the odds while Taylor remains among the top.

As for Haskins, the new QB1 for the Buckeyes may have to overcome a transition period before being considered a true contender. And Bosa might need have to have one the greatest statistical seasons by a defensive lineman ever to take home the hardware given how steep the climb is for an award that typically is reserved only for offensive players.

Outside of Taylor, two other key players Ohio State will see this season were also named to the list of 30 including Penn State gunslinger Trace McSorley (+1800) and Michigan transfer Shea Patterson (+2000).