COLUMBUS — Right on time to compete for championships, Ohio State appears to be the healthiest it has been all season.

The Buckeyes will go into the huge matchup against Penn State with the Big Ten East Division title on the line with all projected starters cleared for action, making this arguably the first time all year they’ve had a real chance to unleash a full-strength lineup.

Considering how dominant the No. 2 program in the country has been while dealing with a handful of nagging injuries, adding key veterans back into the mix should only make Ohio State stronger on Saturday when it welcomes Penn State to the Horseshoe. Plus, superstar Chase Young is also back in the lineup for the Buckeyes following his two-game suspension from the NCAA — and he will be joined by bookend pass-rusher Jonathon Cooper after another layoff dealing with a high-ankle sprain.

“It will be good to get them back,” Ohio State coach Ryan Day said early in the week. “And we were overly cautious probably a little bit last week, but, yeah, looking forward to having those guys ready. 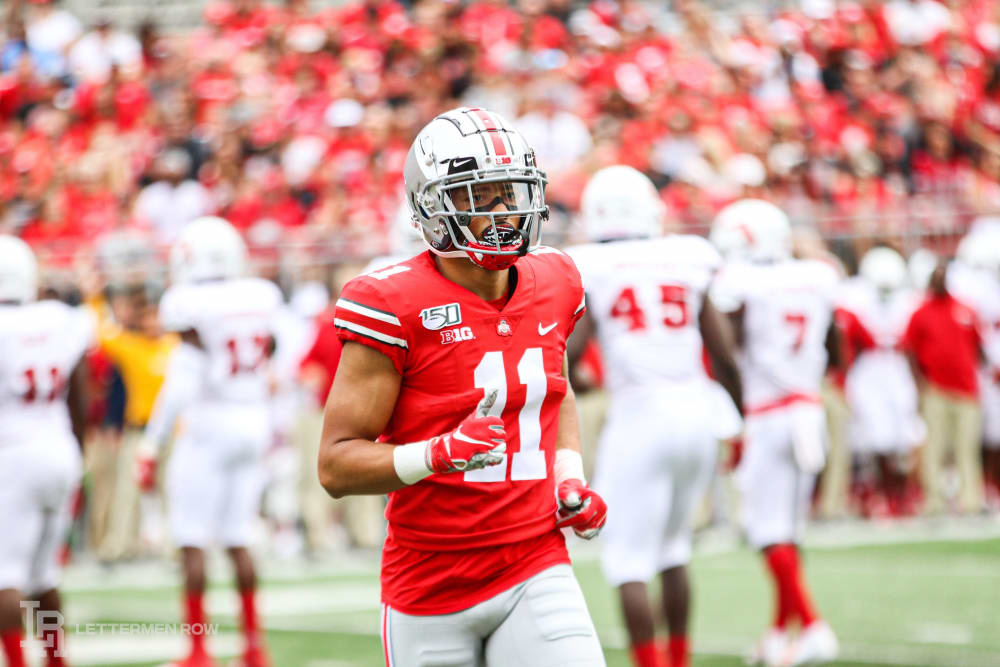 That news might not be as encouraging for Penn State, which will have to deal with the full complement of Buckeyes as Cooper, linebacker Baron Browning, wide receiver Austin Mack and cornerback Damon Arnette all were given the green light on the availability report the program released on Friday morning.

The return of Young is the headliner, of course, as he looks to provide an encore performance for the four-sack clinic he hosted in the win over Wisconsin last month. But adding another experienced captain back on the other edge will also be a lift as Ohio State looks to dial up the quarterback pressure on Penn State, and Cooper has had another month to rest and rehab his injured ankle. Browning could also play a role in that as a blitzing linebacker, and if his core-muscle issue is no longer slowing him down, the Buckeyes will welcome his dynamic play-making back to the Silver Bullets with open arms.

On the offensive side, Mack’s return from a hamstring issue will bolster the arsenal of targets in the passing game, giving Justin Fields more options against a suspect Penn State secondary. And in case the Buckeyes need more depth up front, swing tackle Josh Alabi is a game-time decision and could be ready if called upon off the bench.

Ohio State isn’t completely healthy, of course, with captain C.J. Saunders still out for the season and backup safety Josh Proctor ruled out this weekend. But heading into the most important, high-stakes showdown of the season, the Buckeyes have the entire first-team units on hand — and ready to show what they can do at full strength.