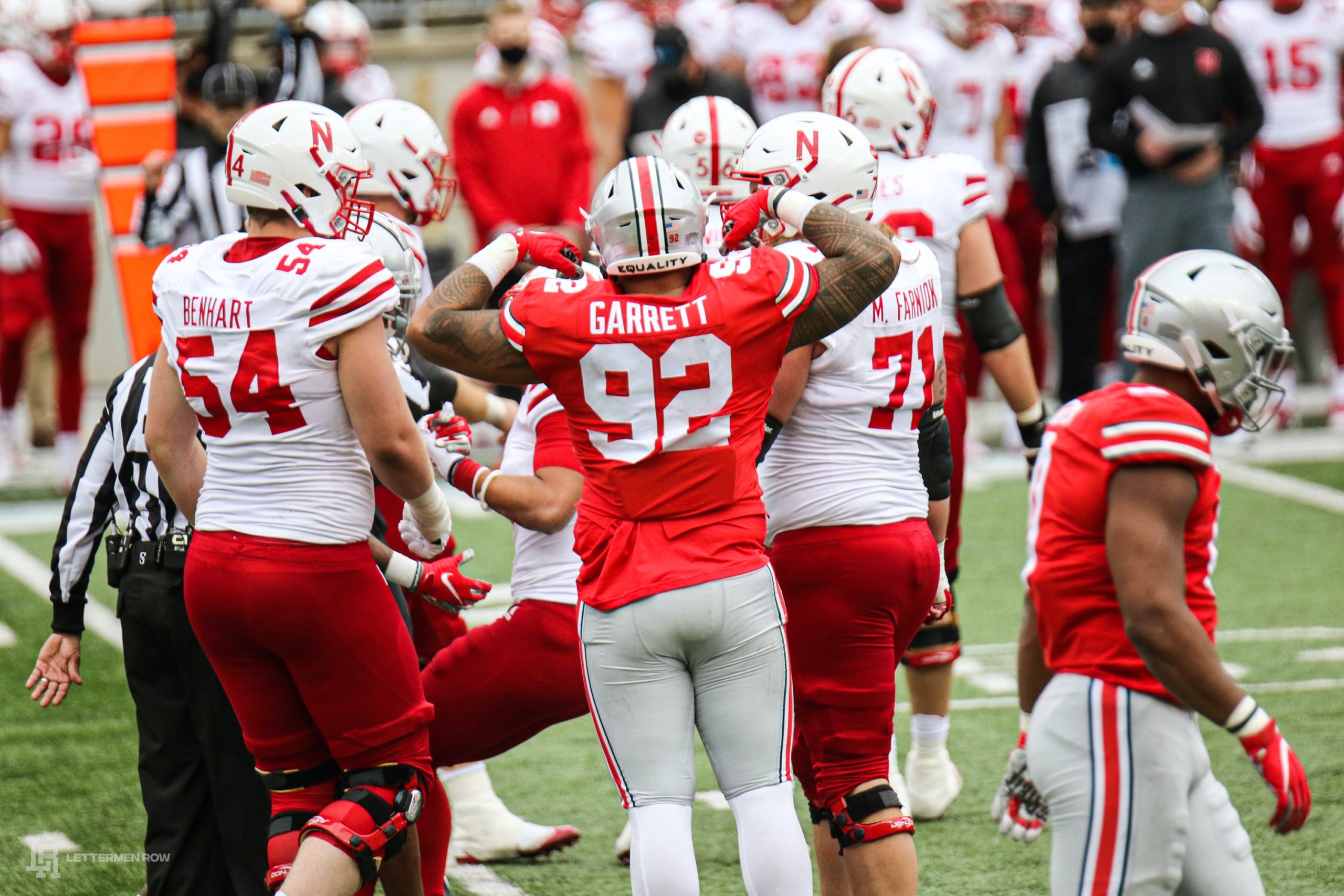 COLUMBUS — Haskell Garrett was the most compelling aspect of Ohio State’s season-opening romp over Nebraska.

But the most compelling? Defensive tackle Haskell Garrett sacking Nebraska quarterback Adrian Martinez on a second down late in the second quarter, followed by Garrett’s flushing of Martinez from the pocket and into the arms of Josh Proctor for another five-yard loss on the next.

Those two plays woke up the Ohio State defense, especially the front. They forced a punt, and coming with the Buckeyes up merely 17-14 over the four-touchdown underdog Nebraska, they set in motion that late first half-early second half 24-point run that tipped the outcome irreversibly. 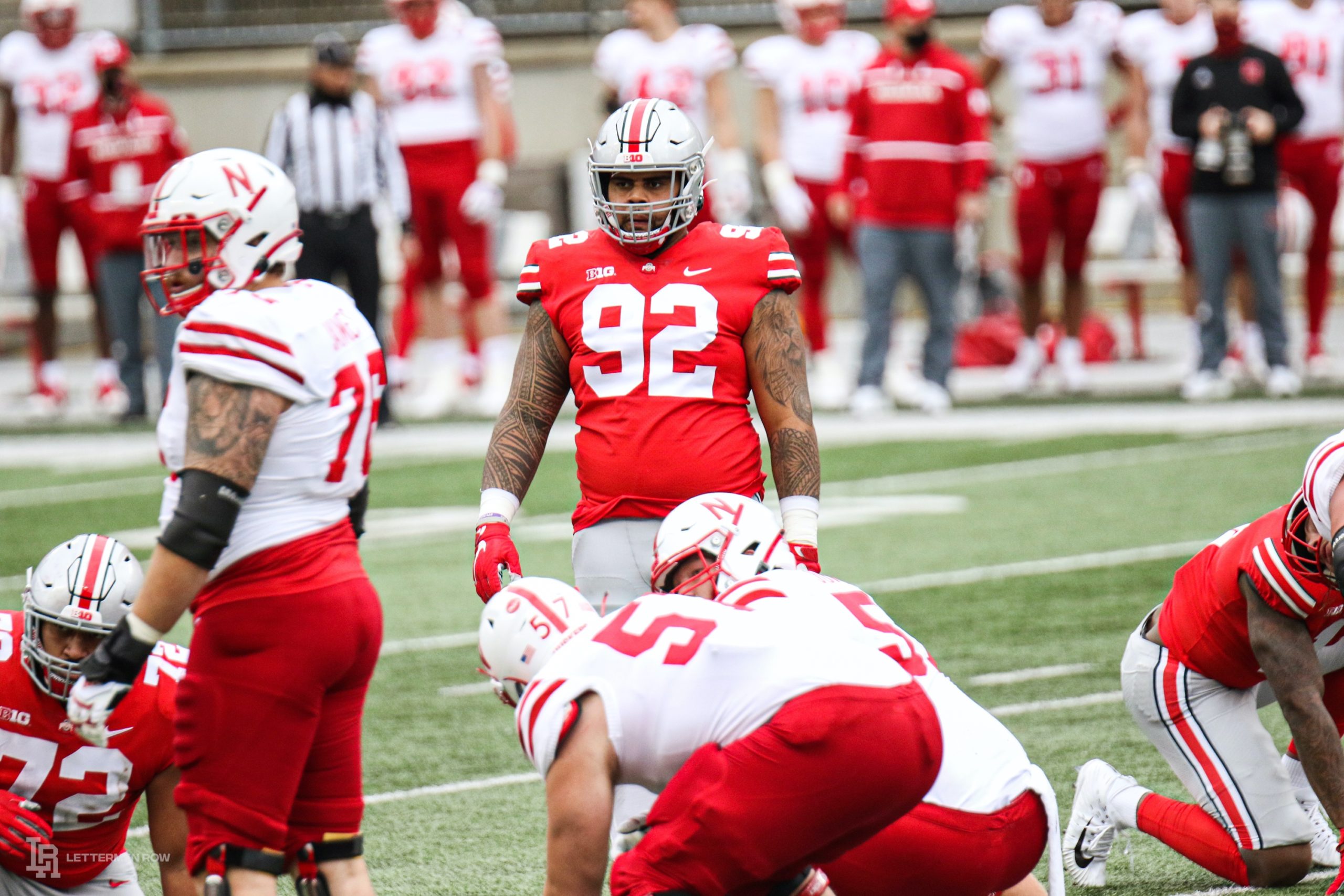 But there was more to it. Late on Aug. 30, Garrett, walking down a street just east of campus, stopped to break up what appeared to be a domestic dispute between and man and a woman, according to the police report. Garrett he was shot through both facial cheeks by the male, who has yet to be found.

Of course, that brought a trip to the emergency room, and Garrett has been on the mend ever since. So just to see him out there playing in the pandemic-delayed opener was a win all by itself.

“I hugged Haskell in the locker room after the game and said, you know, ‘This is a miracle,’ “ defensive coordinator Kerry Coombs said. “I mean, it’s a miracle.

“This kid was shot in the face, and I don’t know how many days ago it was, but it wasn’t that long ago. And he just never gave up.”

Garrett’s goal, Coombs indicated, was to make it back not just for the season, but for the eight weeks-delayed opener. Bandages and all, he showed up for meetings and the like, and was considered day to day in his availability, as defensive co-coordinator Greg Mattison put it last week.

“He just never gave up, he kept coming in,” Coombs said. “My office is right across the hall from [defensive line coach] Larry Johnson’s, and he’s in there working with Larry, with his stitches and all that stuff, learning and preparing without being able to do anything physically.” 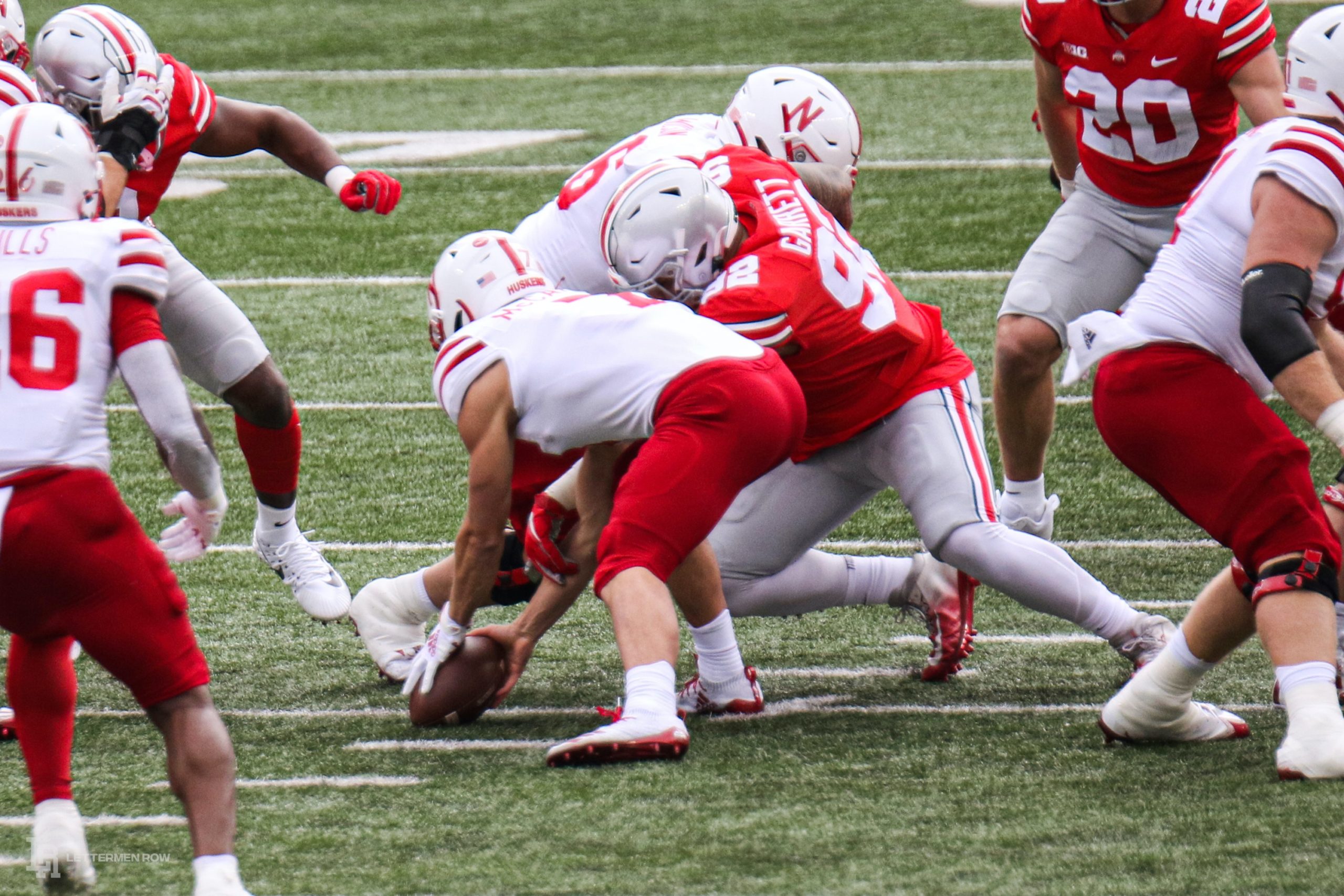 Come the opening bell, though, Garrett was ready to play. He was cleared.

He did not start. Tommy Togiai and Antwuan Jackson did at the defensive tackle spots, the more suspect area of the defense in terms of replacing two stalwarts from last year, NFL draft picks DaVon Hamilton and Jashon Cornell. The need for adequate depth was obvious.

“It was good to get him out there,” Ohio State coach coach Ryan Day said. “The depth is certainly something we’ve been focused on, to make sure we have at least two-and-a-half, three at each position.

“So to have him there was a huge boost to the inside guys. … His experience and his ability, really, it was great to have him in there.”

Haskell Garrett did not simply punch the clock, however. He performed. He provided a boost to the youngish defense – there’s eight new starters — when it seemed to need it the most.

“I know having him on the field was a difference maker for the Buckeyes,” Coombs said. “So in every way, shape or form, you can’t devalue the impact that has on his teammates and the defense in general, that experience he went through and how he got back on the field in such a short period of time.”