Haskell Garrett has one more season to make an impact. (Sammy Silverman/Lettermen Row)

COLUMBUS — Ohio State hasn’t exactly kept Haskell Garrett stashed away, and it has found ways to get him involved since the moment he stepped foot on campus.

The Buckeyes didn’t redshirt him. They’ve continued to put him on the field in key situations throughout his three seasons with the program. The potential for him to be a key cog up front has never been in doubt, even if he hasn’t necessarily cracked the top of a crowded depth chart thus far.

So, the program certainly has full confidence in what Garrett can bring to the vaunted defensive line unit. But now is clearly the moment when the Buckeyes need him to truly fulfill his potential and become a destructive force on the inside — and Garrett obviously doesn’t have time to waste as a senior.

“I think the inside guys are the biggest key,” Ohio State defensive line coach Johnson said. “Looking at Haskell Garrett, Tommy Togiai, Taron Vincent, Jerron Cage, Antwuan Jackson — those are the guys on the inside who have to really step up. 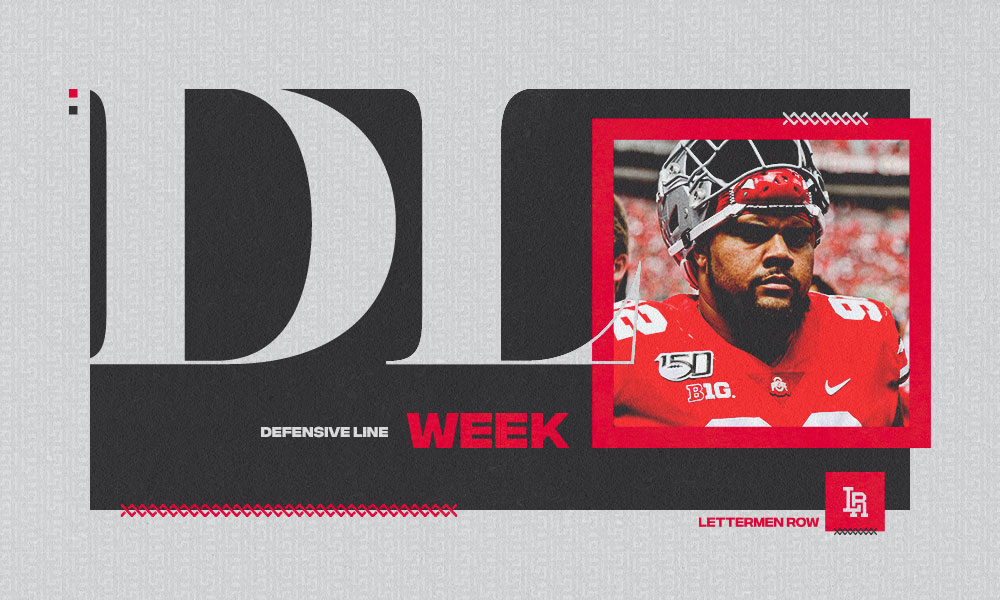 “As we were going through the three days of practice, I thought those guys were on the right track to be able to contribute in the fall.”

Maybe it was just coincidence that Garrett was at the head of the list for Johnson. But after three full years of development, his experience and leadership were always going to be key for the Buckeyes as they try to replace three productive seniors at the defensive tackle positions this season.

A former consensus four-star recruit, Garrett has shown when given opportunities that he can uphold Ohio State’s rich tradition in the trenches. According to Pro Football Focus, Garrett is the highest-graded returning defensive tackle in the Big Ten, an honor that might come as a surprise since his individual statistics are relatively modest with just 10 tackles and 2.5 tackles for loss last year.

But that surely won’t shock the Buckeyes, who have never had any doubts about his ability. And this year, Garrett should have many more opportunities to show it.

What makes Haskell Garrett so important to the Ohio State defense this season? Is the senior poised to make a leap into a force on the inside for the Buckeyes? Where is the ceiling for Garrett heading into his final campaign with the program? Former Ohio State defensive tackle Tracy Sprinkle was back in the Lettermen Row film lab breaking down the film and answering those questions in the latest episode of BuckIQ.