Connect with us
Ohio State defensive tackle Haskell Garrett is thriving for the Buckeyes. (Birm/Lettermen Row)

COLUMBUS — The on-field rise of Haskell Garrett is another Ohio State success story all by itself.

Putting aside the other circumstances from his offseason, Garrett waiting his turn, continuing to improve his technique and then finally making the most of his opportunity to bulldoze into the rotation and through opposing offensive lines is exactly the kind of example the Buckeyes want in the program.

But it’s also extremely difficult to focus solely on football with Garrett considering he was shot in the face in August and could have easily not been on the field for Ohio State this year at all. What he’s doing at defensive tackle with his senior season would have been a feel-good send-off story for the Buckeyes no matter what, but adding in that detail and everything he’s gone through just to even put on a helmet again makes it almost impossible to believe.

“Just had to undergo a serious of surgeries on my mouth and I had to get a bone-graft in my mouth,” Garrett said during his most recent media appearance. “After post-surgery, I couldn’t do anything physically but I could do stuff mentally. Just being prepared and when I came back, I had to be ready to do anything and everything to help the team.” 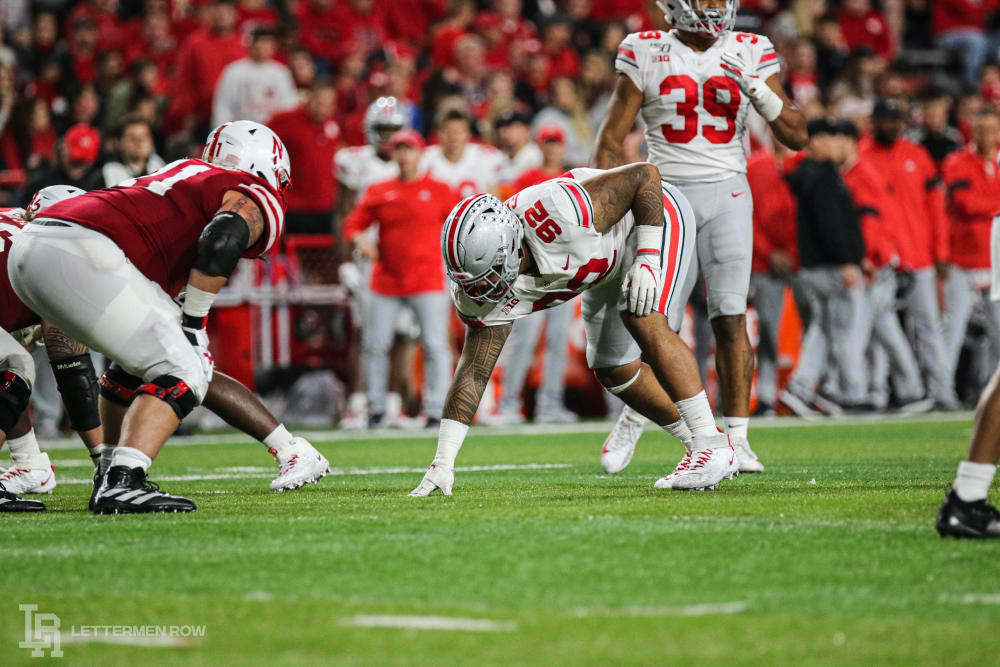 Garrett has largely avoided reliving the incident publicly, understandable given how scary the situation was and how easily it could have ended another way. Instead, Garrett has turned his attention to just making the most of his opportunity, and he’s attacked it with his trademark energy that teammates have long seen from one of the hardest workers on the roster.

His toughness, perseverance and willingness to fight through adversity have all shown through for the Buckeyes over the last couple months just to allow him to step back into the Horseshoe. And those same traits have made him a handful once he gets there as teams struggle to slow down a man who quite simply appears to be on a mission.

Haskell Garrett has never been better than he is right now for Ohio State. And considering what it took for him just to get his senior season, that story is never going to be forgotten by the Buckeyes.

What is allowing Haskell Garrett to thrive in his final season with Ohio State? How has the defensive tackle improved the most for the Buckeyes? Where could the veteran still impact the game more down the stretch? Former Ohio State defensive tackle Robert Landers was back in the Lettermen Row film lab to break down the highlights and answer those questions in the latest episode of BuckIQ.