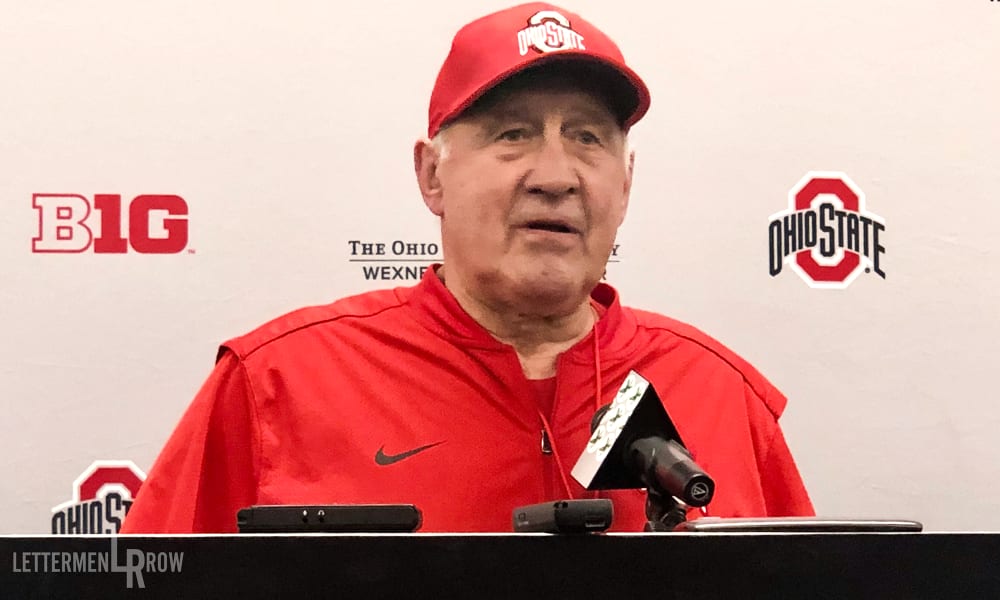 Ohio State defensive coordinator Greg Mattison is focused on putting his past jobs behind him. (Birm/Lettermen Row)

COLUMBUS – For new Ohio State co-defensive coordinator Greg Mattison, not much has changed in the way he does his job since leaving Michigan in January.

Other than that, though, everything has changed.

“No, there haven’t been [noticeable moments],” Mattison told the media on Friday as his first spring since leaving Ohio State’s fiercest rivals wind down. “Obviously, in spending 13 years ‘Up North’ — and they’ve got great people up there, I’m not going to say anything about that — when I came here and was fortunate to be hired here, to be with Ryan [Day] and his staff, it didn’t take long [to adjust].

“It didn’t take long. I know it’s a huge deal, it’s bigger than anybody really knows. But when I walk down these halls and I go to that meeting, when I sit in there and see our players? It’s not big anymore. I’m fortunate to be here and I’m excited to be here.”

Though Mattison’s career has taken him all over the country and through the college and professional ranks. there’s no doubt it’s different to recruit for the Buckeyes than against them after more than a decade in Ann Arbor.

The key, he said, is to continue to be as much of himself as he can be without allowing the important things to change based on his employer.

“I haven’t really sold it,” Mattison said. “All I know is when I recruit somebody, I always talk about the positives. I talk about coaching the young man, talk about other coaches on the staff that would be coaching him, about the education at the university, all those kinds of things. I never bring up the many other places I was at.” 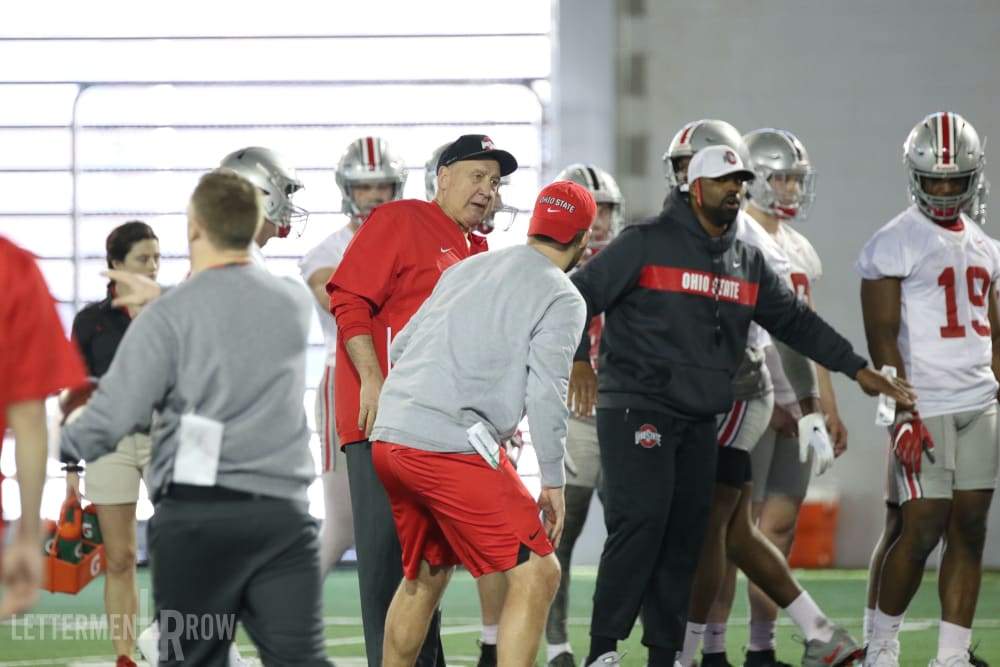 But the recruits he’s recruiting certainly do — and should. As a grizzled veteran, Mattison understands that college football is a business.

His decision to leave Michigan forced Braiden McGregor, one of the top defensive linemen in America and a major priority for both the Buckeyes and the Wolverines in the Class of 2020, to reassess his own understanding of it.

“But he’s the same guy, I’m the same guy. Just because it’s not Michigan anymore, it’s Ohio State — Ohio State was already in my top schools before that — but then when he went there it was like: OK. I was told when you make this decision it’s going to be about relationships, but I kind of realized, no, it’s not. Just because a coach is there now, he could not be there tomorrow. It’s all different and I’ve got to look at it different. I’ve got to look at the school first and football and then relationships after.”

But the relationships are still important, and Mattison isn’t working any differently. He’s focused on bringing the Buckeyes a national championship-caliber defense, even if it’s happening in a different color shirt than anyone expected.