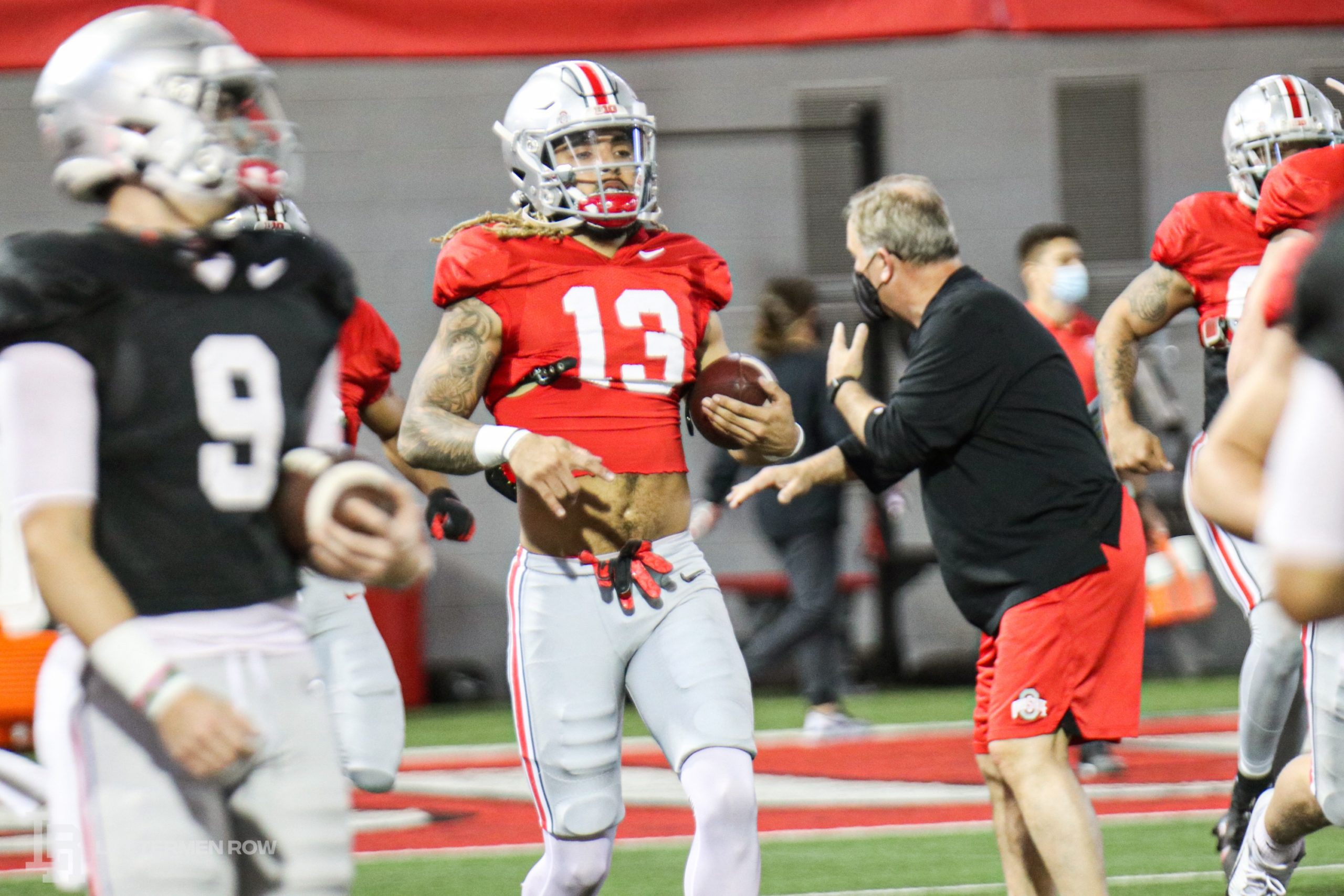 COLUMBUS — Gee Scott Jr. came to Ohio State as one of the five best receiver prospects in the country.

As his freshman year progressed, Scott saw limited action on the field. The Buckeyes wide receiver room is loaded once again due to Chris Olave’s return for another year and a ridiculous recruiting run.

Scott wants to play. And his massive frame makes him one of the most versatile offensive weapons the Buckeyes have. So Scott has an idea — and a plan — to help the Buckeyes win a fifth-straight Big Ten title. He’s repping with the tight ends, and he looks the part through a few spring practices.

“Gee came to us and thought about having a conversation about possibly doing some tight end stuff,” Ohio State coach Ryan Day said. “We thought that it was a great idea. He’s a very mature young man who sees a future in that for him. Whether we go full-time with it or not, we’ll see. But he’s got the right idea on this thing. He’s got the right frame, and he’s very, very athletic. He thinks Kevin Wilson can really teach him how to block. He wants to do it. We’re very very excited about it.

“We think it’s a huge opportunity for him and excited about where it’s going to go.”

Scott is capable of being a dominant wide receiver at Ohio State. He is 6-foot-3 and can add weight to become heavier and more physical — if he needs to. He showed a wide catch radius and tantalizing highlight reel in high school, and early reviews from the Woody Hayes Athletic Center tell the story of a developing star.

But his frame makes him a viable candidate to try playing tight end. That’s exactly what he’s doing this spring for the Buckeyes. 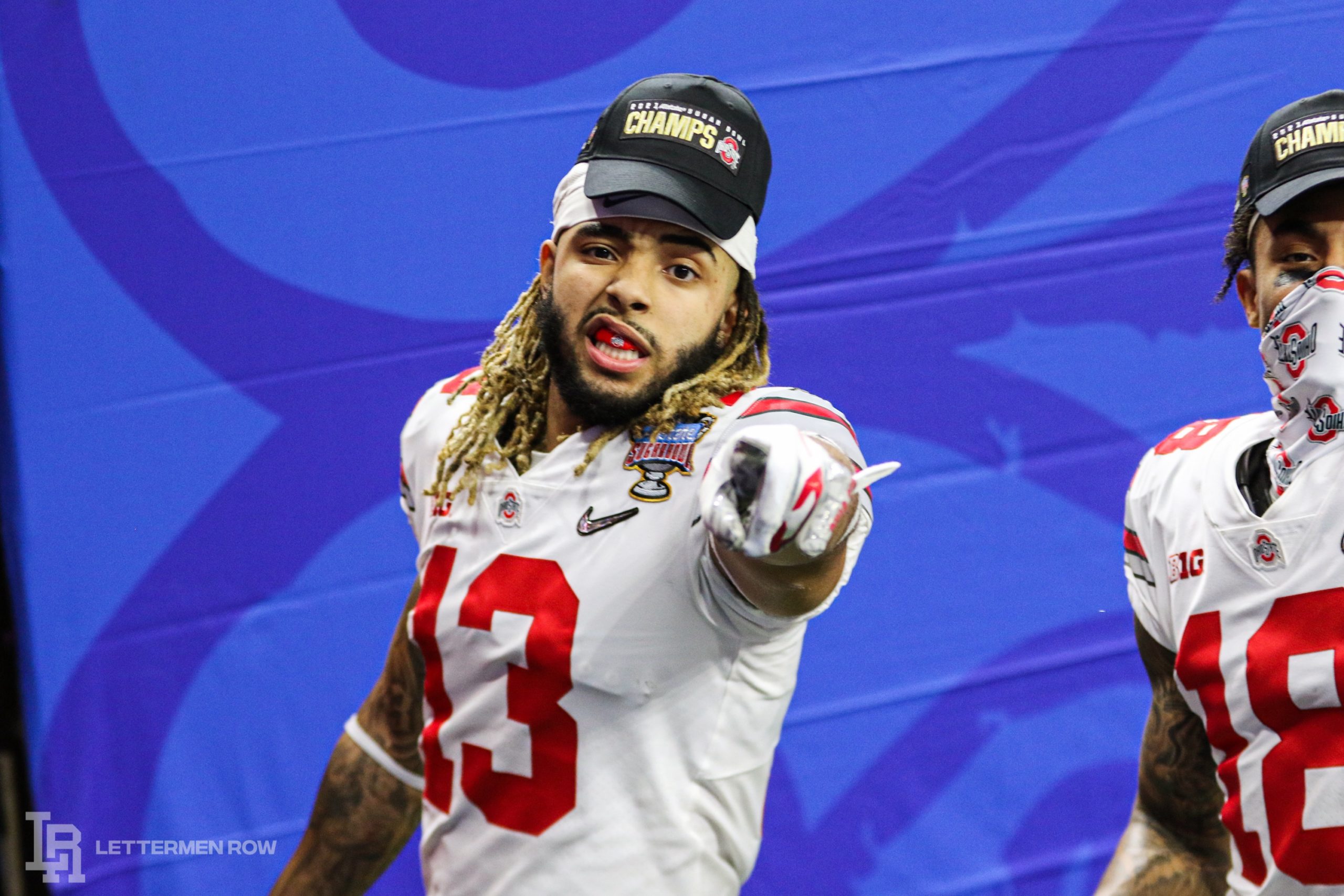 “We look at the way they’re built — certainly their knee size, the size of their legs,” Day said. “It’s usually a good indication of how much weight they can put on and how much they can handle. He was doing everything he could to stay at 215. He actually said: ‘You know, I’m fighting every day to stay at 215. If I just have a few Big Macs, I can get to 225 in a heartbeat.’ Yeah, we think his growth potential fits that of a tight end.”

If that growth potential does work out at tight end, the Buckeyes will have a new, explosive weapon at tight end to pair with Jeremy Ruckert, as well as complement Cade Stover and the rest of the room. Scott has the ability and frame. But he also has the desire to become a good tight end.

The Buckeyes coaching staff didn’t force him to switch positions. Scott spearheaded the decision. And that’s the first step in determining whether a change will work mid-career.

“I want to do what they feel comfortable with,” Day said. “If they’re not comfortable playing a position, then we won’t do it. It wasn’t like I told Demario McCall: ‘You have to go to defense.’ Or Gee Scott: ‘You have to go to tight end.’ Because if their heart’s not into it, it’s not going to work. … In the end, it’s up to them. They’re the ones that have to play.

Gee Scott Jr. certainly seems to be into the idea of playing tight end. And he might just find it as a better fit at tight end than his highly-rated wide receiver ranking suggested he would be elsewhere.