Connect with us
Gee Scott can step in and have an impact at Ohio State. (Birm/Lettermen Row)

COLUMBUS — The highlight film was obviously impressive enough on its own when Ohio State started evaluating Gee Scott.

Then in talked to coaches who have worked with him and players who competed against him. It read stories about his generosity back in his hometown in Washington. And every time the Buckeyes had a chance to talk with him, it was blown away even more by off-the-charts intangibles that are just as impressive as his physical tools.

Maybe Scott didn’t arrive as the headliner in the star-studded Fab Foursome of Ohio State wideouts in the 2020 signing class. But he’s a major reason why that group has a chance to go down as one of the best position hauls ever assembled by the program, and his maturity will certainly be a factor in his push to help the Buckeyes right away.

“Gee Scott is one of those guys that every time you talk about Gee Scott, everybody has unbelievable things to say about him,” Ohio State coach Ryan Day said. “Why? Because he’s not only a great player, but he’s a great person. He’s been loyal from the get-go. This is a young man from Seattle, Washington, who’s got a long way to come here and a lot of people had to go through that door to say: ‘Hey, why don’t you stay closer to home?’ 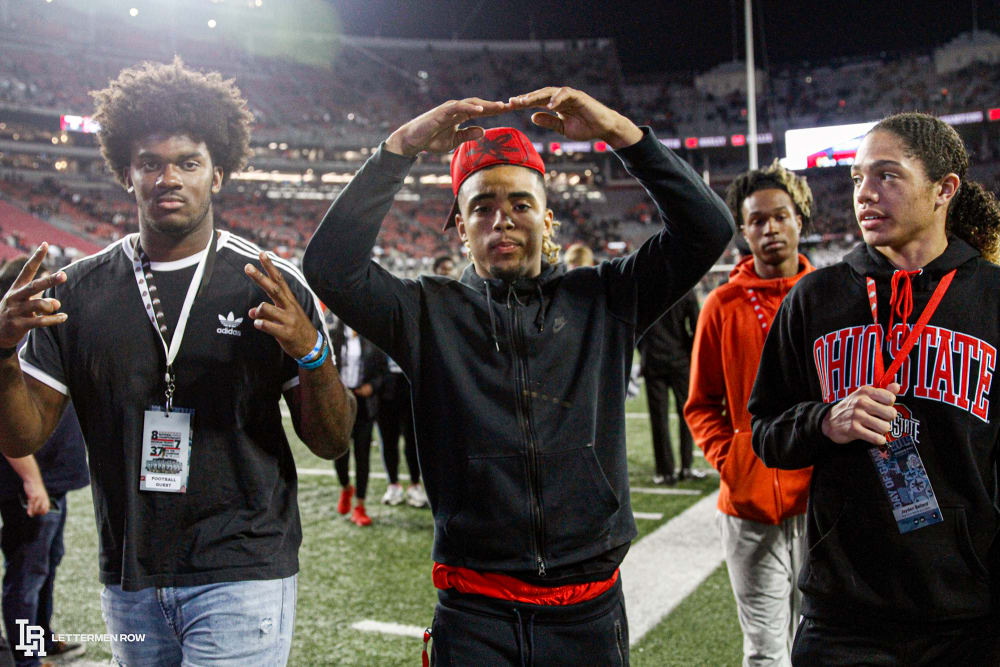 Ohio State wide receiver Gee Scott is looking to make an impact right away with the Buckeyes. (Birm/Lettermen Row)

“He stayed loyal the whole time. He’s a big, strong, physical receiver that’s got a chance to be great.”

The Buckeyes aren’t going to rush Scott out before he’s ready, of course. But his enrollment this month does allow him a head start working with Day and wide receivers coach Brian Hartline, which could combine with the departures of K.J. Hill, Austin Mack and Binjimen Victor to give him a shot at becoming a key contributor in a hurry.

Making the transition from high school to a national-title contender is never easy and it happens at different speeds for all wideouts. But all signs so far suggest Scott has the kind of complete package to blossom into a star, and that process is already underway with the Buckeyes.

What makes Gee Scott such a big-time addition for Ohio State? How quickly can the wide receiver become a factor for the Buckeyes at a position of need? Who does Scott compare to on the field? Former Ohio State captain Evan Spencer was back in the Lettermen Row film lab looking at the highlight reel and trying to answer those questions in the latest episode of BuckIQ.