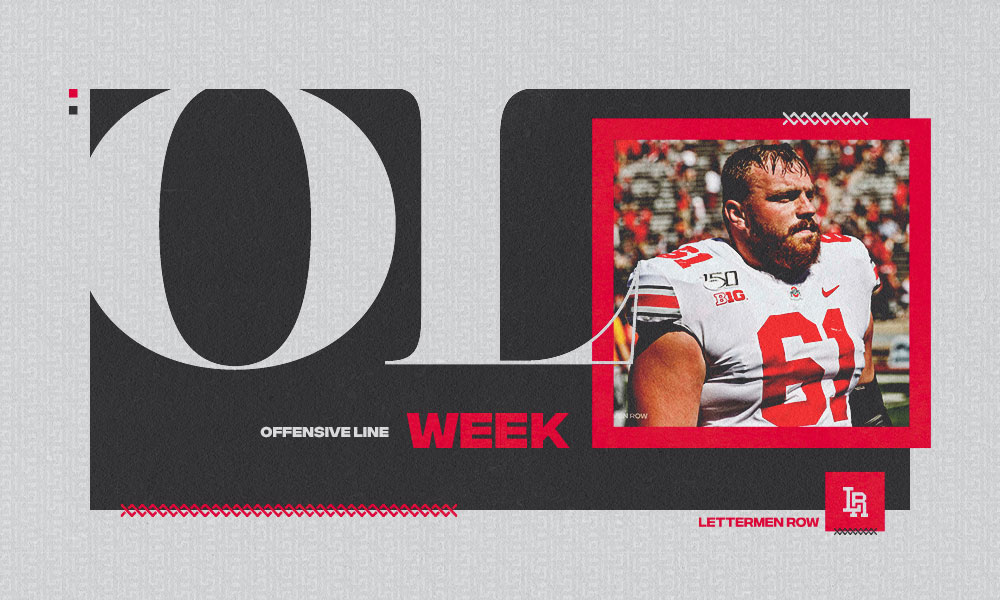 The speculation, debate and conversations about Ohio State never end, and Lettermen Row is always ready to dive into the discussions. All week long, senior writer Austin Ward will field topics about the Buckeyes submitted by readers and break down anything that’s on the minds of the Best Damn Fans in the Land. Have a question that needs to be tackled, like the one today about Ohio State and Gavin Cupp? Send it in right here — and check back daily for the answers.

Gavin Cupp have a place?

Gavin Cupp is one of the sharpest guys in the meeting room and he’s pretty handy in the kitchen.

And when he’s given the chance, the senior guard has also proven he can get the job done on the field as a physical finisher who is more than capable of holding his own in the trenches.

He’s probably not going to win a starting job considering the competition he faces for playing time at guard against All-American Wyatt Davis and former five-star Harry Miller. But Cupp is the kind of respected leader, good-natured teammate and reliable contributor off the bench that championship teams always need — and it obviously helps that he would be good enough to start for just about anybody else in the Big Ten.

“I think you learn early here to never be satisfied,” Cupp said last November. “You have to always keep working and grinding. So, I’m not saying I’m satisfied, but I’m working hard and pleased with my performance so far. But it can only get better from here.

“We’ve got a standard in the offensive line room, you look back there [on the wall] and see pictures of the guys we have to live up to, you have to work hard every day to uphold that standard.” 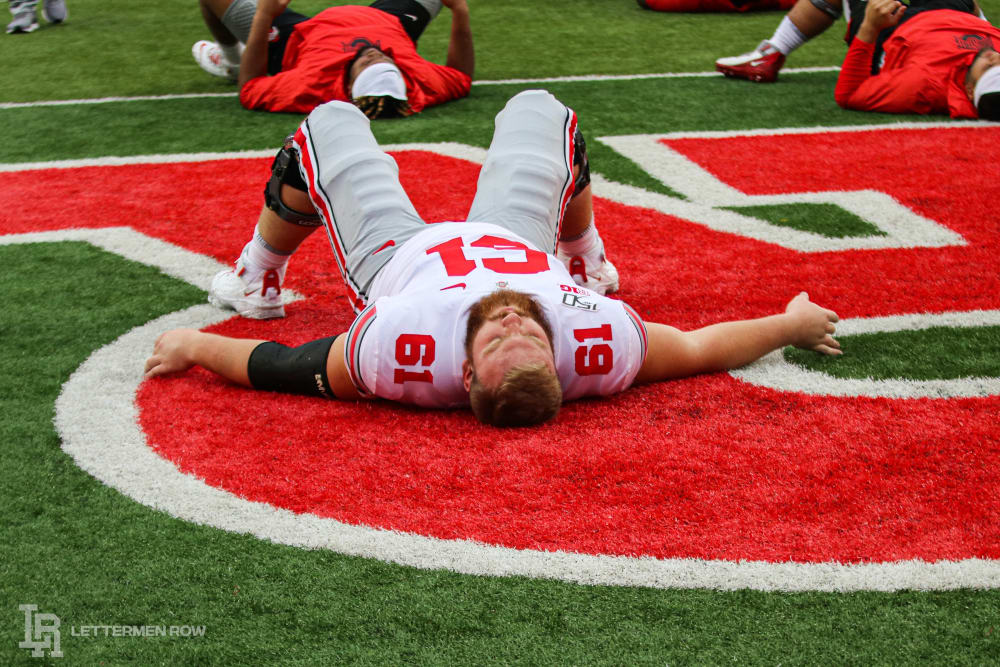 Ohio State guard Gavin Cupp is a key piece of depth for the Buckeyes. (Birm/Lettermen Row)

Cupp has always embraced that grind after arriving as a relatively unheralded prospect out of Leipsic, and he was actually building some positive momentum for his career before an injury prematurely ended his season last year. The 6-foot-4, 308-pounder was giving the Buckeyes a nice safety net behind Davis and Jonah Jackson, and the amount of blowouts the program was piling up allowed him to get a strong dose of experience by appearing in 10 games and seeing 174 snaps.

Cupp had just posted a career-high 46 snaps in a lopsided win over Maryland with the backups continuing to assert their dominance, particularly in the trenches, before suffering what was believed to be a broken foot. But everything building up to that setback had reinforced the idea that Cupp could help the Buckeyes if needed, and he’s certainly earned the chance to keep competing for one of two vacant spots on what could be the best offensive line in America.

“When you talk about the left guard spot, Harry Miller, Gavin Cupp, Matt Jones — all three of those guys are going to be working at that spot,” offensive line coach Greg Studrawa said in April. “Harry did a great job in the spring, in the short time he had. Three practices, he looked really, really good. Matt Jones opened my eyes a little bit, I think he’s got a certain maturity level now that it might be time for him to play and start to contribute. And then Gavin Cupp, he had that little foot thing he dealt with, so we didn’t get to see him, but I’m anxious now that he’s had this time off to heal.

“We’ve got three guys that I think are going to be able to compete for that job.”

Gavin Cupp can safely be considered an underdog to win it. But that definitely doesn’t mean he would be considered any less important inside the Woody Hayes Athletic Center for a national-title contender that can never have enough depth or leadership.

Continue Reading
You may also like...
Related Topics:Featured, Gavin Cupp