COLUMBUS — Forget about the normal caveats when it comes to Garrett Wilson and the Ohio State spring game.

It was an exhibition? There wasn’t live tackling? The stats don’t count?

The athleticism was undeniable. The work in the passing game was as close to live as it gets. The coverage that he soared over for his jaw-dropping touchdown was real.

So, sure, there is still a long way to go for the five-star early enrollee before he can truly validate all the early buzz. But Wilson’s spring was impressive from any perspective, and it’s setting the stage for him to make a splash that most freshmen aren’t ready for with the Buckeyes by the fall.

“My best compliment for [Wilson], I told him: You don’t act like a freshman,’” Ohio State wide receivers coach Brian Hartline said early in camp. “When he first got in, he’ll tell you that it was kind of a culture change. I mean, the kid should still be in high school. 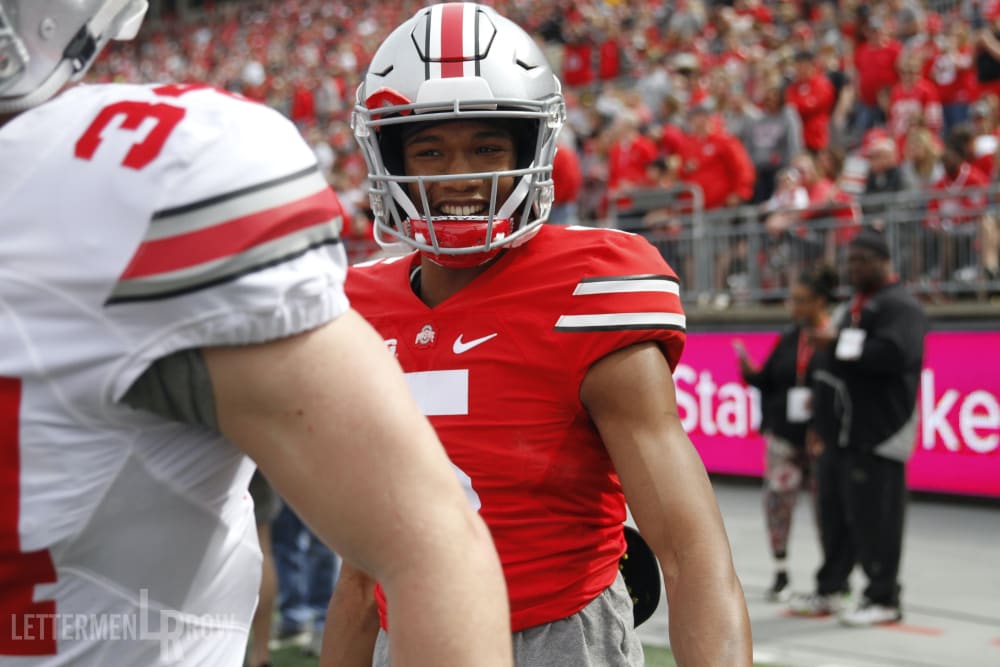 “But he’s just doing a phenomenal job. Whether I’m throwing him at ‘Z’ or ‘X,’ his mental retention is really good. He really wants to learn from the guys. He’s buying into the culture. So everything he’s doing right now is on the right track, and I’m excited to see him continue to take small steps.”

Wilson looked capable of skipping a few of them when he was flying into the corner of the end zone to bring down his spring-game touchdown, the kind of highlight-reel play that stands out whether it’s a scrimmage or a Big Ten matchup. But it is still important to keep in mind that it was the former, and Wilson still has plenty of room to develop and a lot of the playbook to learn before Hartline will turn him completely loose in the Zone 6 rotation.

So, what exactly does that performance mean for Garrett Wilson? How prominent of a role might he play this season? Where does he fit in with some talented veterans returning for the Buckeyes? Former Ohio State wide receiver Evan Spencer was back in the Lettermen Row film lab breaking it all down in the latest episode of BuckIQ as Wilson’s early reps were analyzed heading into the summer.