Connect with us
Ohio State wide receiver Garrett Wilson is making a mark for the Buckeyes. (Birm/Lettermen Row)

COLUMBUS — Garrett Wilson has already proven he can line up anywhere and do just about anything for Ohio State.

Now the Buckeyes wide receiver just gets to focus on doing it all even better.

The junior has certainly established at this point that the five-star billing that swirled around his recruitment was well deserved, and his six-touchdown campaign in the pandemic-shortened season a year was on a pace to potentially threaten some school records. But Wilson still isn’t done tapping into his immense potential, which must be a terrifying thought for any defensive coordinators trying to figure out how to slow him down in the fall — particularly since Chris Olave is returning for the Buckeyes as well.

“Honestly, I’ve played outside for so long that I think I’m liking slot a lot more right now,” Wilson said last season. “I feel like when I’m lined up in the slot, I can get some favorable matchups and take advantage of them. 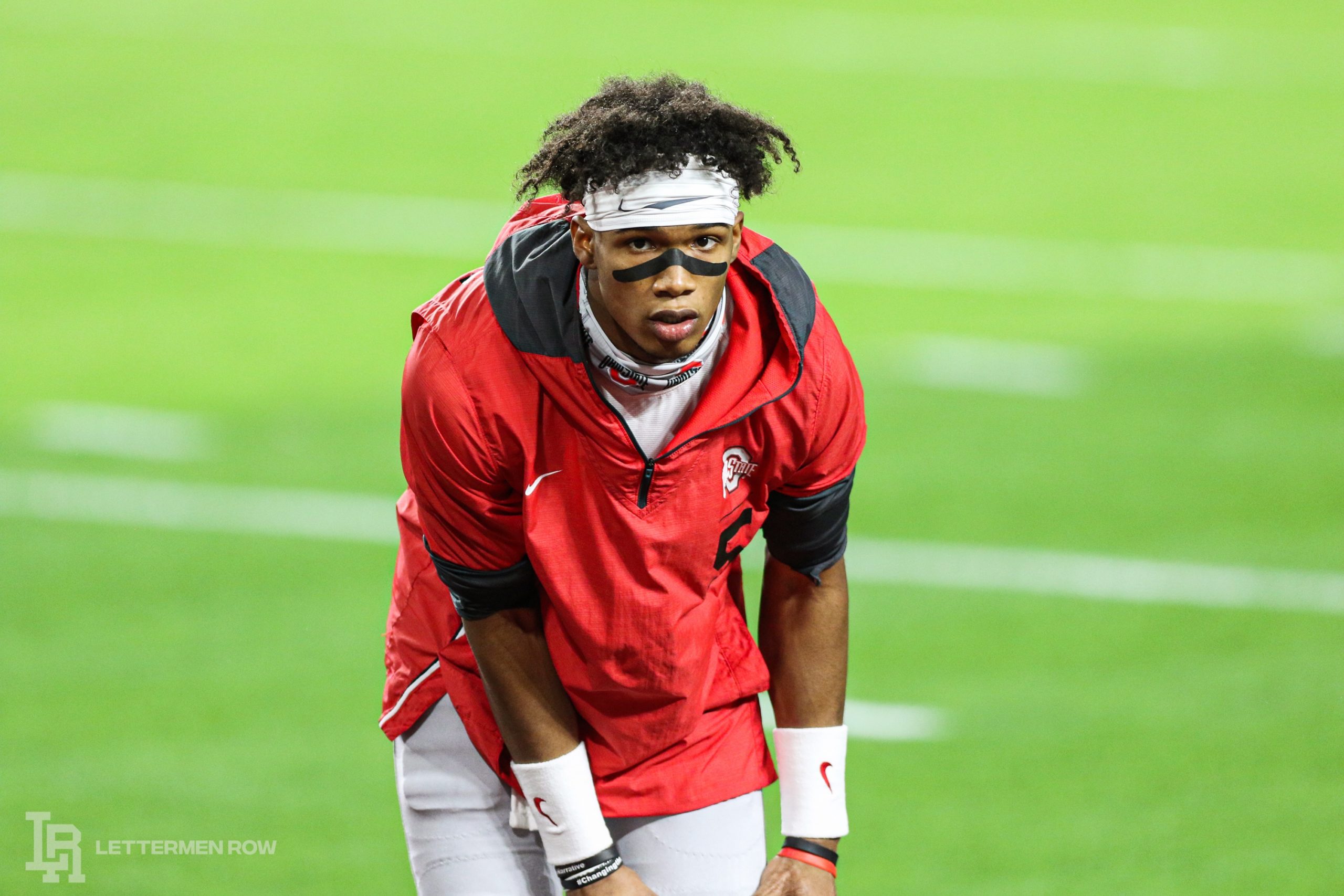 “Just being more involved with the scheme as well, I think I like the slot. But being able to go inside and outside is something that I want to have in my game.”

That versatility and his dynamic athleticism give Ohio State plenty of options when deploying Wilson, and there are no signs of his production slowing down any time soon. He’s a matchup nightmare in the slot, he can track down deep throws and win jump balls on the perimeter and the Buckeyes have also used him as a threat on the ground with jet sweeps that allow him to quickly get into open space.

And all of that was just the sophomore version of Garrett Wilson.

The best might still be to come for the Buckeyes.

What makes Garrett Wilson such a dangerous weapon for the Ohio State passing attack? How did he change the game for the Buckeyes in the slot last season? Where is there still room for the former five-star recruit to grow? Former Ohio State captain and player-coach C.J. Saunders popped in some highlights and answered those questions in the latest episode of BuckIQ.