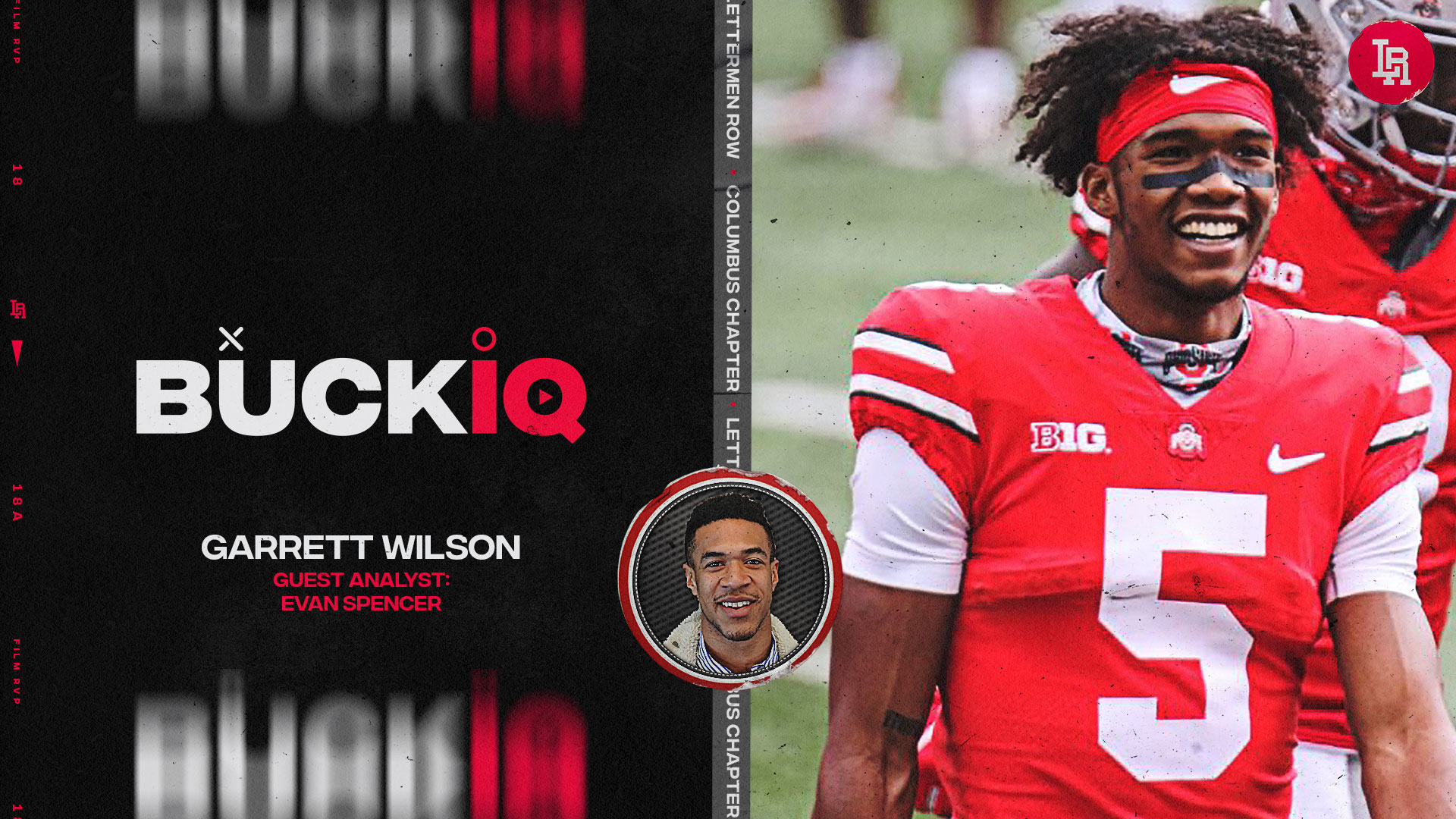 Garrett Wilson is off to a huge start this season for Ohio State. (Birm/Lettermen Row)

COLUMBUS — The newness hasn’t worn off yet, so that’s part of the appeal for Garrett Wilson.

Obviously it doesn’t hurt that the sophomore receiver is already making some big-time plays for Ohio State from the slot position either.

So, maybe the answer remains subject to change when Wilson is asked where he most likes to line up to catch passes for the Buckeyes. But at least for now, the emerging star is loving his shifting role in the offense as Ohio State has moved him away from primarily working on the outside to instead allow him to torment opponents all over the field.

“Honestly, I’ve played outside for so long that I think I’m liking slot a lot more right now,” Wilson said. “I feel like when I’m lined up in the slot, I can get some favorable matchups and take advantage of them.

“Just being more involved with the scheme as well, I think I like the slot. But being able to go inside and outside is something that I want to have in my game.”

Clearly Wilson has the ability to do both, and the Buckeyes unleashed him from both spots in the season-opening win over Nebraska last week.

The threat of Wilson in the slot was apparent early, and he wasted no time by grabbing a pair of first-down receptions on the first drive of the blowout win. And he later scored his touchdown while lined up out wide, stretching the field and hauling in a 42-yard bullet for a score on the way to a game-high seven catches for 129 yards.

That ability to line Garrett Wilson up anywhere is a huge asset for the Buckeyes — and a real problem for Big Ten opponents.

What makes Garrett Wilson such a matchup nightmare for Ohio State opponents? How has his move into the slot role for the Buckeyes clicked so quickly? Where can Wilson still become more dangerous for the program as his sophomore season progresses? Former Ohio State national champion Evan Spencer returned to the Lettermen Row film lab to answer those questions on the latest episode of BuckIQ.