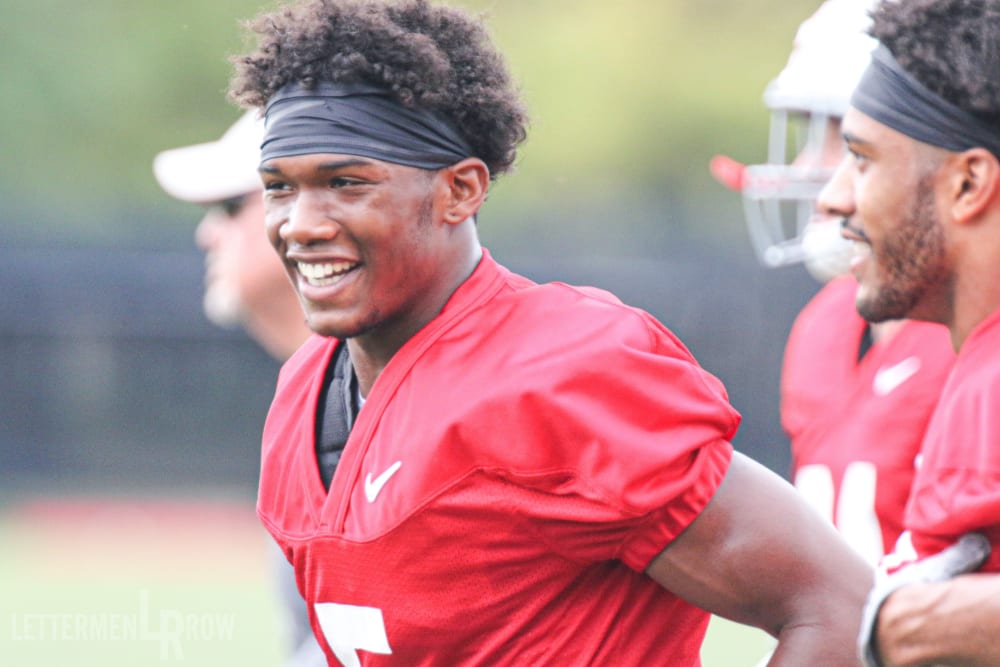 COLUMBUS — Most of the world saw a dazzling display of athleticism, a glimpse at the bright future Garrett Wilson has at Ohio State and a springboard into a summer of hype.

Brian Hartline saw a dozen teaching points on the way to the jaw-dropping catch in the spring game. And while the Buckeyes wide receivers coach certainly appreciated the end result, he wasn’t going to let the rest of those details slide.

The excitement that swirls around the five-star wideout is certainly justified, and he’s continued with a solid training camp that has kept the momentum rolling from his standout spring, But Hartline is always quick with a reminder that Wilson is still just a true freshman, and he hasn’t accomplished anything yet for the Buckeyes.

“That’s the mindset, and once you do earn that opportunity, make sure every day you bring it after that. … I think at this point, he’s doing a great job and he’s got an opportunity to continue to grow and get opportunities on Saturdays.”

How Garrett Wilson can turn splashy spring into breakout year at Ohio State
Watch this video on YouTube.

Hartline still isn’t willing to etch Wilson’s name into the rotation in stone, and that’s really been the theme of training camp across the board at every position for Ohio State as it has embraced competition and largely avoided nailing down a depth chart.

But at some point, the Buckeyes are going to have to decide who is going to be on the field against Florida Atlantic on Aug. 31 and for every game after that. Right now, all the signs keep pointing to Wilson at least being in the six-man group — with a chance to add to his workload from there.

“You know, I wasn’t tapping the brakes on anybody [in spring],” Hartline said. “I think it was just about where we were in the year that we have to focus on the unit. We’re replacing a lot of seniors that did a lot of really good things and were captains. Garrett, coming in he has a great opportunity to play in his first year and earn some playing time, it was just more about the group and not about individuals. 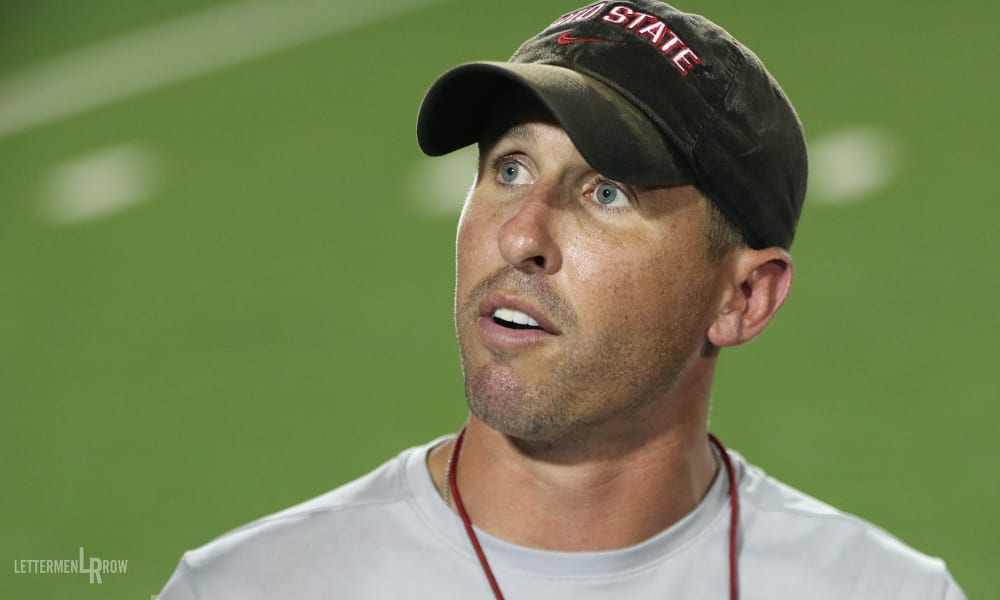 “I think Garrett has done a phenomenal job of growing, maturing and taking coaching. The growth has been really good, and I’m really happy with it — especially with a young guy like that, we’re not even close to scratching the surface of where we want to be. But I can’t say enough positive things about the way he’s going about his business and the way he’s going to grow day in, day out.”

Hartline certainly is more than willing to point out those encouraging signs of progress.

But that doesn’t mean he’s ever going to ignore all the other areas where Garrett Wilson still has to grow on the way to his next eye-popping catch.

Ohio State assistant Brian Hartline and a handful of his wide receivers met with the media after practice on Tuesday, and they talked about a lot more than just Garrett Wilson. Lettermen Row has more video interviews with the Buckeyes that will be posted both right here and on our YouTube channel — along with some conversations with Jeff Hafley and the defensive backs.