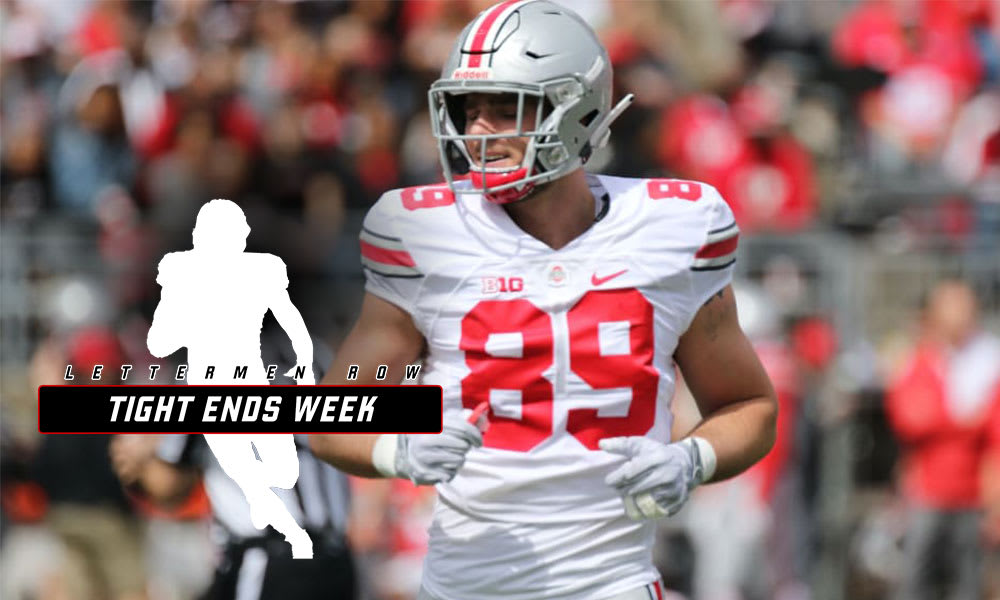 COLUMBUS — One of Ohio State’s most talented positions is also possibly its most overlooked.

The Buckeyes return a bevy of tight ends from a unit that wasn’t as productive as it wanted to be last season, and that’s enough motivation for them to be ready for this year.

With returners Luke Farrell, Rashod Berry and Jeremy Ruckert back, Ohio State has explored all of its options when using its tight ends this spring and into the summer. Anything the Buckeyes can do to get the talented players the ball, they’ll do.

Unlike previous years, Ohio State might make sure to get a second tight end on the field at times.

The Buckeyes have plenty of talent at tight end. It’s a big year for the unit. It’s Tight End Week at Lettermen Row, and we have five burning questions for how things might shake out for the Buckeyes.

Can Jeremy Ruckert live up to the pre-Ohio State hype?

Ruckert came to Ohio State as a top-40 prospect, and he was perhaps the most coveted player at the position in the country. Last year, Ruckert became lost in the shuffle of all the tight ends and had just one catch on the year. It came in the season opening win over Oregon State.

He’s now a massive 6-foot-5 and 250 pounds, though, carrying the hype that still swirls around him as he enters his second season for the Buckeyes. As big as Ruckert is, he hasn’t yet shown an ability to block for the run game. Ruckert also sat behind Rashod Berry and Luke Farrell last season, and with those two still on the roster and getting better this offseason, a battle for playing time at tight end will determine a lot for the position at Ohio State. 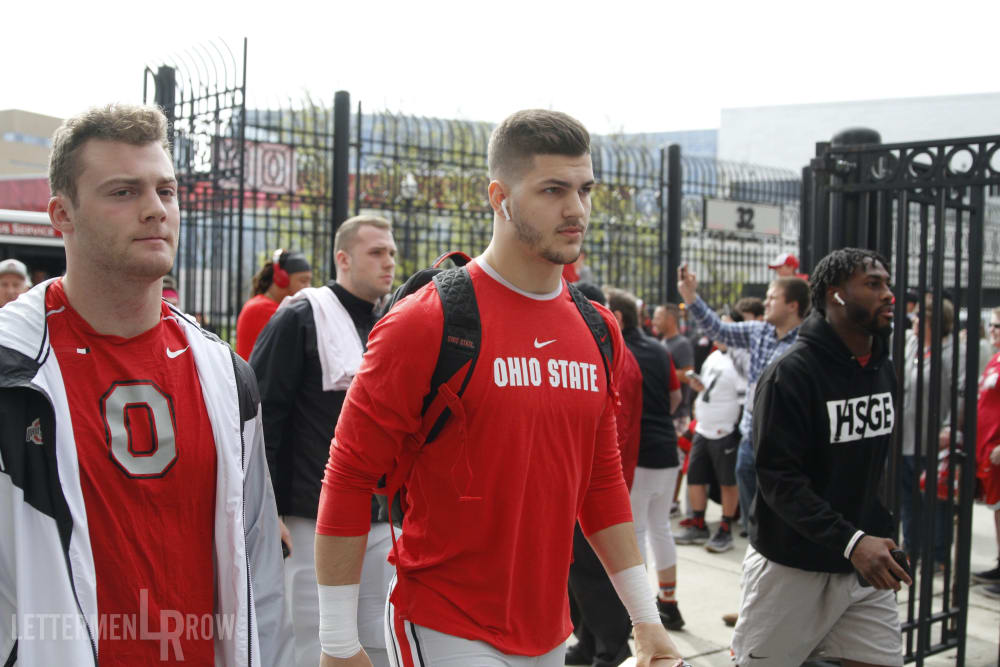 Berry bounced around between a couple positions during his first two seasons at Ohio State, but he settled in at tight end and showed his athleticism last year. Berry’s mix of size and speed make him a good combination tight end the Buckeyes can tool with this upcoming season.

Berry’s experience at tight end last year will go a long way for him and the Ohio State offense. His nine catches and two touchdowns — including a score in the Rose Bowl win — will be nice to have back for new quarterback Justin Fields. But the tight ends haven’t been thrown to much in the past. Berry might help change that narrative.

Is Luke Farrell the No. 1 tight end?

Farrell hauled in 20 catches a season ago. The second half of the year was Farrell’s coming-out party. He had four catches in Ohio State’s win over Maryland, two catches against Michigan and a catch in the Rose Bowl. The junior Farrell entered the offseason after that late-season surge as a prime candidate to be the No. 1 tight end this season.

Farrell’s chances to catch the ball were sparse a season ago, just like they were for the rest of the tight ends. He struggled to catch the ball early in the year, but emerged as the year went on. He even found himself with momentum heading into the offseason. Now, Farrell has a chance to be the guy at tight end moving forward.

Last season, Ohio State threw the ball everywhere on the field and set program passing records, but tight ends weren’t nearly as productive as wide receivers. Tight ends amassed fewer than 300 yards receiving last season. When Kevin Wilson was named co-offensive coordinator last year, it was expected for tight end production to increase. This season could be the year it finally happens.

With Farrell, Berry and Ruckert, the Buckeyes have options and talent at tight end, making it possible for a two-tight end set to appear for the first time in a while at Ohio State.

What are the Buckeyes recruiting options at tight end?

“For months the Buckeyes have told potential targets at tight end that they expected to sign a pair of tight ends in the Class of 2020.

According to some people in the know, that could be changing. Ohio State may now be wanting to land only one tight end in this cycle, and the hope is that someone takes that spot in the very near future — with Cincinnati Elder tight end Joe Royer being at the top of the list.”