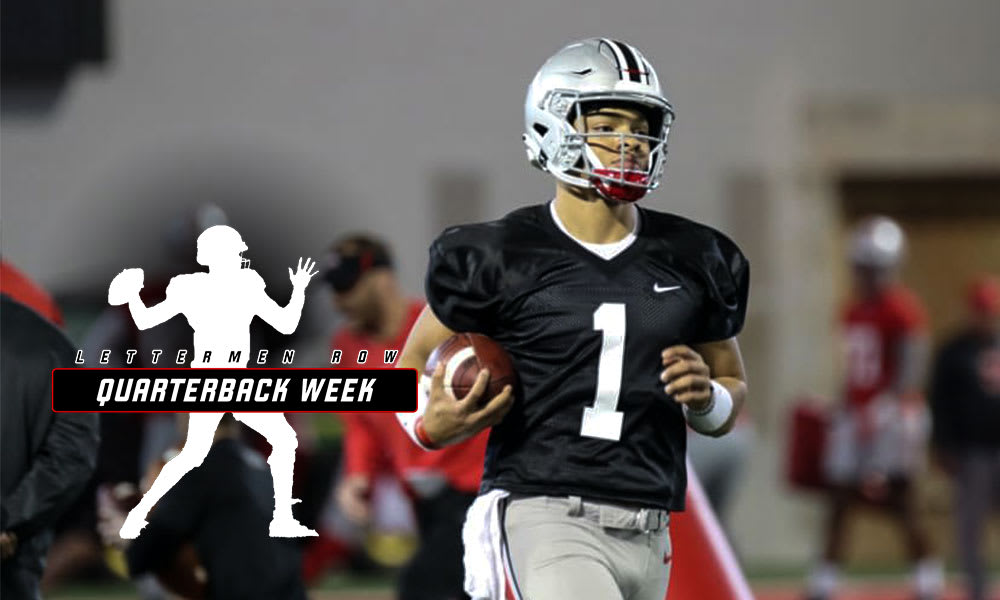 Justin Fields will have the keys to the Ohio State offense. (Birm/Lettermen Row)

COLUMBUS — A year ago, Ohio State’s quarterback room couldn’t have looked any more different than it does now.

The Buckeyes added three quarterbacks from transfer. They lost three — two to transfer and one to graduation. They also added one from the 2019 recruiting class, but he’s a walk-on. Ohio State enters this season with six quarterbacks on roster, but just three of them are on scholarship.

Justin Fields enters fall camp as the leader for the starting spot at football’s most important position. It’s finally Quarterbacks Week at Lettermen Row, and we have five burning questions for the Buckeyes signal-callers.

Can Justin Fields live up to the hype at Ohio State?

If Fields would have committed to Ohio State directly out of high school as part of the 2018 recruiting class, he would have been the highest-rated prospect the program ever landed. So, there are plenty of expectations Fields will be tasked with living up to this season.

Fields was the second-rated quarterback out of high school behind Clemson star Trevor Lawrence. And some had Fields ranked higher than Lawrence, who won the national title a year ago. Fields has massive shoes to fill at Ohio State, trying to replace the record-setting Dwayne Haskins from a season ago. If the Buckeyes want to compete for a national championship in Ryan Day’s first year, Fields will have to live up to expectations.

How much can Gunnar Hoak push Fields?

Hoak, a local product from Dublin and a transfer from Kentucky, isn’t expected to be the starting quarterback for Ohio State when it opens the season. But Hoak is expected to push Justin Fields to become a better quarterback, and Ryan Day is planning to open training camp with a competition at quarterback.

Can Hoak push Fields for first-team reps? Former Ohio State quarterback Matthew Baldwin was supposed to before he transferred to TCU, and that is what Fields needed in the spring. While Fields didn’t have the best spring, he was trying to get a grasp of the offense. If Hoak can handle the offense early, he could play a key role for the Buckeyes moving forward — the backup. 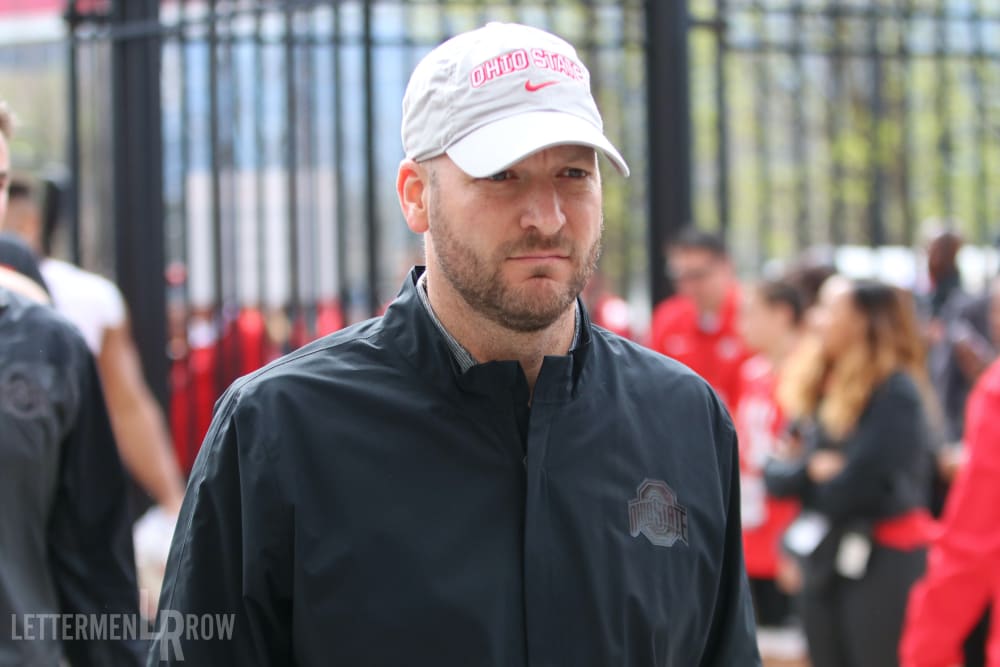 What impact will Mike Yurcich have?

The Buckeyes also set offensive records a year ago before Yurcich arrived. With somebody as accomplished as Yurcich manning the passing game for the Buckeyes, they seem to be on track for a huge offensive season again. As Kevin Wilson, Day and Yurcich team together to make an offensive coaching staff, Yurcich may be able to take the offense from last year and elevate it yet again.

How much will Justin Fields run?

After J.T. Barrett gave the Buckeyes four seasons of dual-threat quarterback play, Haskins was a true drop-back quarterback and set records with over 4,000 yards passing and 50 touchdown passes. Day’s offense is versatile like Urban Meyer’s was, and it can fit to the quarterback’s strengths.

Fields gives the Buckeyes another dual-threat quarterback to man the position, but his arm was highly regarded when he chose Georgia, not just his legs. Fields has proven at the high school level that he can throw the deep ball. Haskins mastered it last year. If Fields can use his legs and his arms well, the Buckeyes will be better off. If he runs too much, the offense could stall.

Will the Buckeyes add a second quarterback to their recruiting class?

Jack Miller has been a part of the Ohio State recruiting class since last July, before the Buckeyes lost Matthew Baldwin and Tate Martell and gained Fields. Now, Ohio State has six quarterbacks in its signal-calling room after gaining Gunnar Hoak and Jagger LaRoe by transfer.

Ohio State also has a commitment from 2021 quarterback Kyle McCord. So, will the Buckeyes add a quarterback in their 2020 class to complement the commitment of Jack Miller? They might, but the quarterback they could target is still unknown.