There may be a bit of uncertainty heading into the first training camp under Ryan Day. It might take some time for Justin Fields to truly get comfortable leading the offense. And the Silver Bullets certainly have plenty of work ahead of them as they try to bounce back from the worst statistical season in school history.

But top to bottom, the Buckeyes are clearly the most talented team in the Big Ten and remain on the short list of legitimate contenders for the College Football Playoff heading into August. And while that’s a lot to ask for new guys in key positions, that’s obviously the standard at Ohio State.

“We have a lot to prove,” Day said. “This is a new staff. This is a new team. We haven’t done anything, and we need to do that.

That work begins on Friday for the Buckeyes with the first practice of training camp. And Lettermen Row is getting set for the month ahead with five pressing questions for Ohio State. 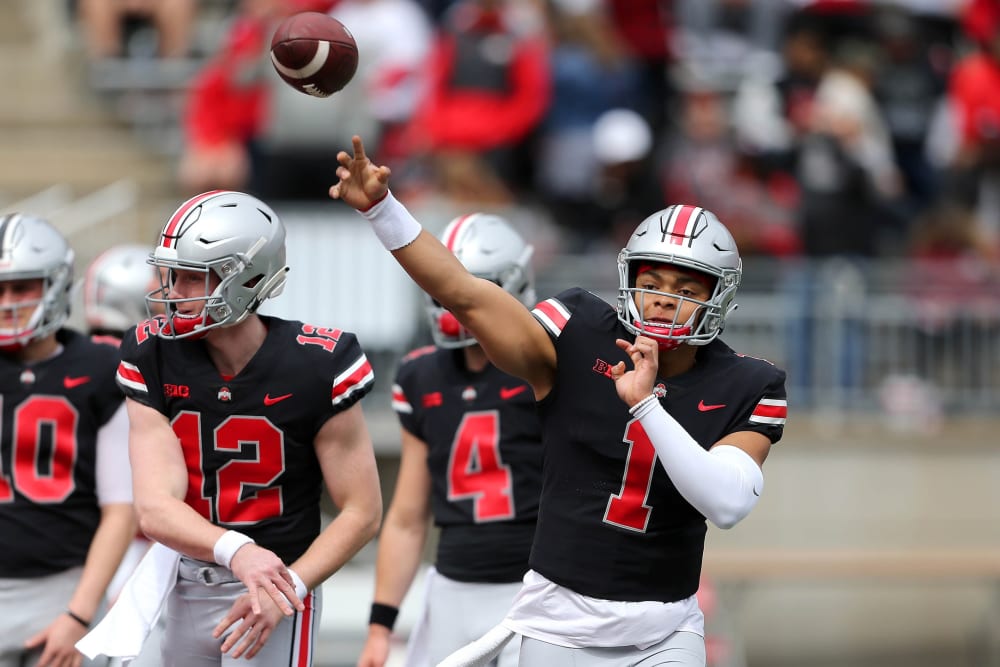 How long until Justin Fields is named the starter?

With all due respect to the competition Ryan Day wants in training camp, it’s only a matter of time before Justin Fields wins the starting quarterback job. The former five-star recruit is simply too talented for the Buckeyes not to be building around the dual-threat weapon at the most important position on the roster. Day’s patient approach makes sense, particularly as a way to send a message to the team that all spots must be earned while also keeping some pressure on Fields to perform. But Ohio State eventually needs to make it official, and the hope for Day is that he’ll be able to do that after the first two weeks of camp.

Who will start at middle linebacker?

The battle on offense might be largely a foregone conclusion, but the one to be the quarterback of the defense could be the most intriguing one of August for the Buckeyes. Ohio State has a couple strong options to lead the way for the Silver Bullets at middle linebacker as Tuf Borland fights to keep his spot against Teradja Mitchell. Will the Buckeyes wind up siding with the two years of experience and Borland’s status as a returning captain? Is it Mitchell’s time to take over after spending a year chipping in on special teams and developing his impressive physical tools on the bench? Ohio State is toying with the idea of rotating those guys, something of a rarity at middle linebacker but an approach it has used successfully in the past. The final decision could be one of the toughest, most important one the Buckeyes make. 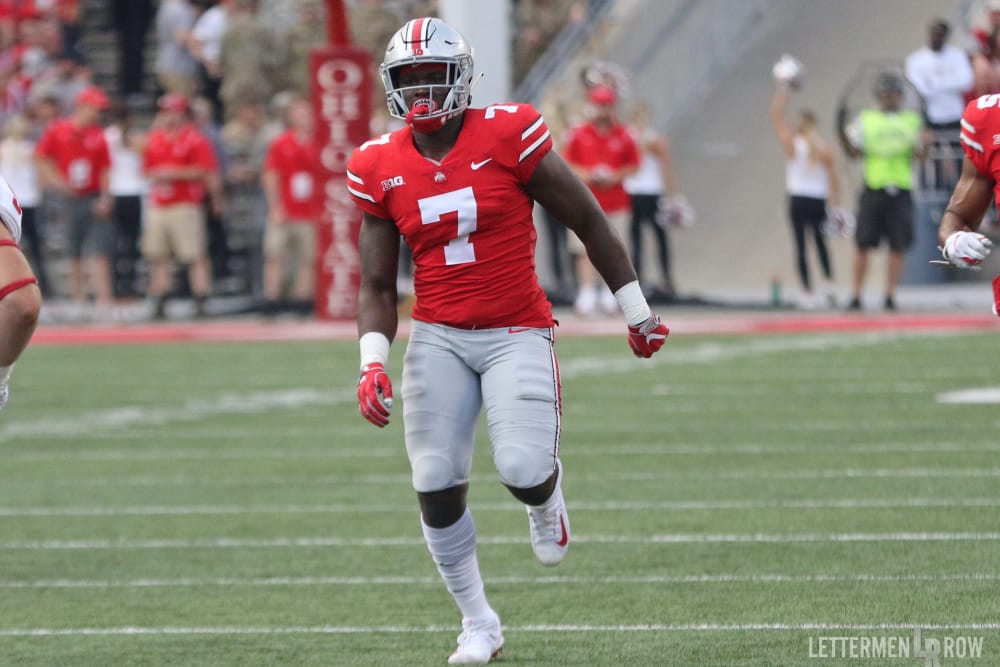 The Buckeyes are already in good shape thanks to the return of established, experienced leaders like Jordan Fuller, Jonathon Cooper, K.J. Hill and Tuf Borland. But a new wave of tone-setters will need to join that group to help get through the grind of August and make sure the program is ready to hit the ground running on Aug. 31 with a schedule that might be trickier than it appears over the first month of the season. Ohio State expects its best players to set a positive example, so that means more responsibility for Chase Young. The quarterback is always going to have a leadership role, and Fields has been working to improve in that area as he’s settled into a new locker room. A guy like J.K. Dobbins would seemingly have no problem shouldering the load in that category as well. By the end of camp, Ohio State will know just how many guys it can count on during periods of adversity.

Which young guys are ready for bigger roles for Buckeyes?

Ohio State wiped the slate clean on defense, but it still doesn’t appear like there are all that many jobs up for grabs for younger guys outside of Mitchell’s push at middle linebacker or perhaps Josh Proctor trying to get into the rotation at safety. That leaves most of the opportunities for fresh faces on the other side of the ball, and Jeremy Ruckert is probably at the top of the list at tight end. The Buckeyes want to deploy more two-tight end sets and Ruckert also has the potential to play at H-back, so August could be a critical month for him as he tries to carve out a role. Other guys to watch: Jaelen Gill at H-back, Nicholas Petit-Frere as a possible starter at right tackle and Master Teague at tailback.

The shadow of Urban Meyer isn’t going away until Ryan Day starts winning games of his own, and he’s fully aware of the standard he’ll have to meet after taking over for a coaching legend. Day has proven throughout the offseason that he has a good handle on the recruiting trail, managing a roster and building relationships with players — and his offensive track record speaks for itself. But there’s a clear difference in pressure from January to July and everything that happens after that, so the time is coming to get a better feel for Day’s true potential leading the staff. A big part of that answer will be revealed by how well he constructed the defensive staff with four new hires, and the overhaul of the Silver Bullets could determine whether the Buckeyes are national contenders or not.