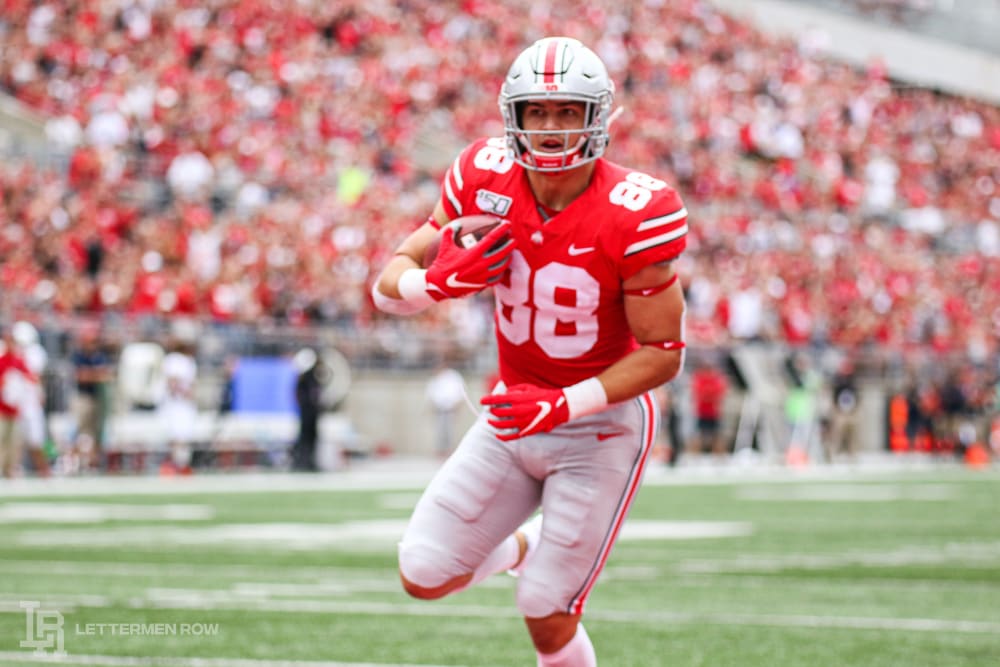 Ohio State tight end Jeremy Ruckert had a pair of touchdowns in the win over Florida Atlantic. (Birm/Lettermen Row)

Before the Buckeyes season-opening 45-21 win over Florida Atlantic on Saturday in Ohio Stadium, Ruckert had just one career catch. By the time Ohio State had 14 points, Ruckert had two catches and his first touchdown with the program.

That was just the beginning of Ruckert’s big day, though. The former 5-star recruit from New York finished the day with four catches for 38 yards and two touchdowns.

Ruckert likely played well enough to find himself as an integral part of the Ohio State offense moving forward. But he wasn’t the only guy who may have played themselves into the fold. Lettermen Row has four other Buckeyes who helped their cause in the season-opening win.

Josh Proctor’s name has come up many times on Lettermen Row, and he proved why in the fourth quarter. On a pass downfield by Florida Atlantic backup quarterback Justin Agner, Proctor came from the middle of the field, covered quite a few yards and leaped to create the only Ohio State turnover of the day, and it was his first career interception. Although it was against the backups, it was a glimpse of Proctor’s athleticism. If he keeps making plays like that, the defensive coaching staff will have no choice but to find a place on the field for him. 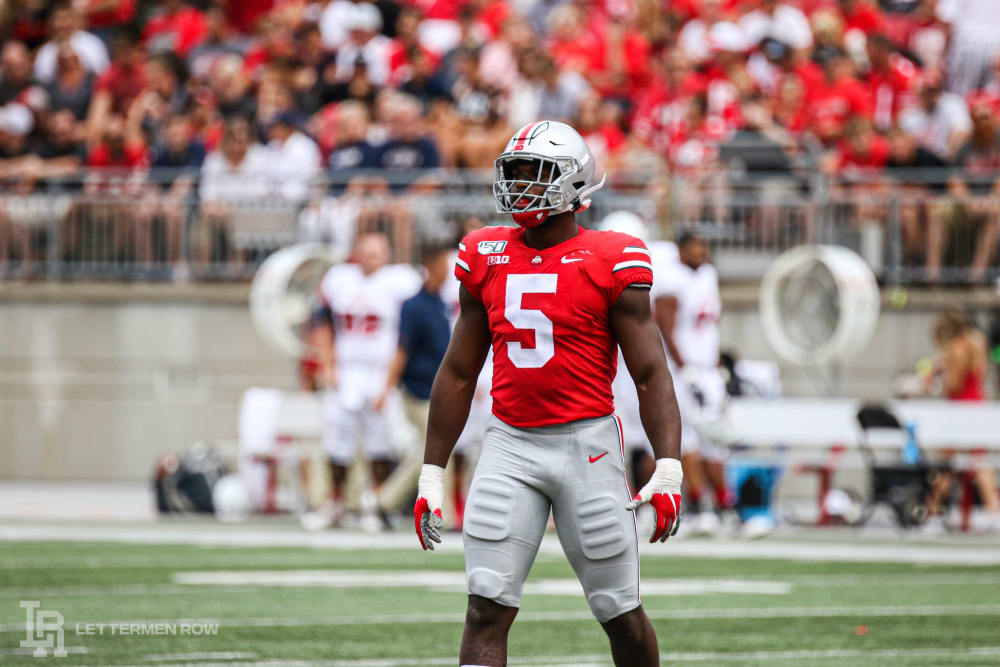 Browning found himself on the field at times with the starters and the backups throughout the game, showing that he has a spot in the Ohio State defense. When he was on the field, Browning impressed. He finished the game with four tackles, a tackle for loss and a quarterback hurry. If Browning can be that productive through the season, Ohio State will be a better defensive team for it.

Many of the runs from Master Teague came when Ohio State had its second offensive line in the game. That might make what Teague did even more impressive Saturday. He had eight carries for 49 yards, 21 of which came on one carry when he seemed shifty while maintaining his violent running style. While Tony Alford and the Ohio State coaching staff made it clear that Demario McCall is the Buckeyes backup running back, Teague could play well and earn a spot in the running back fold with a follow up performance. The 6.1 yards per carry could be an indicator of things to come. 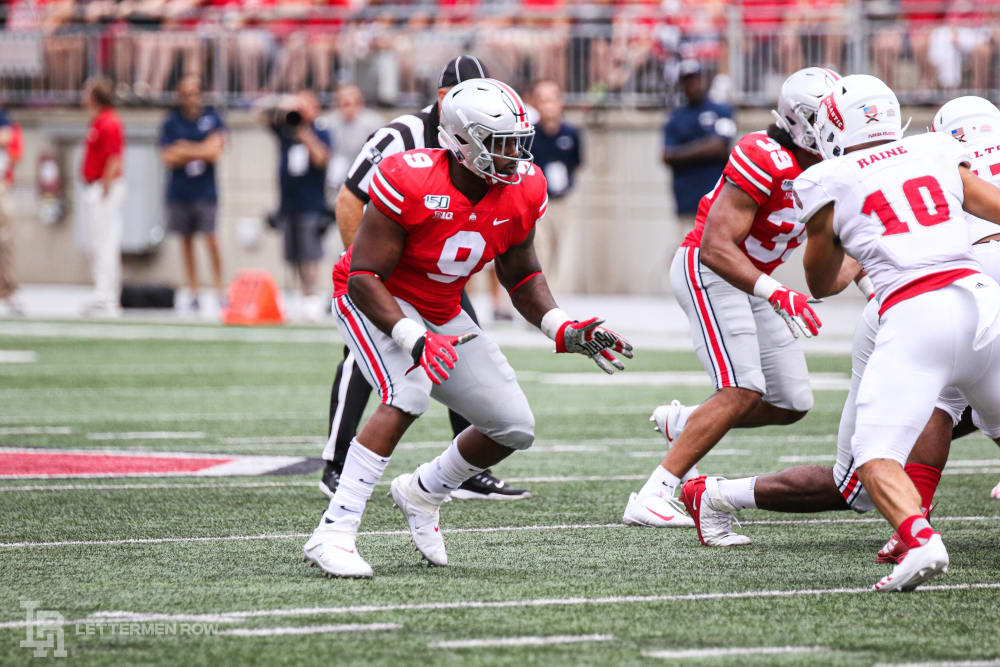 Jashon Cornell proved he will be a big part of the Ohio State defensive line rotation. (Birm/Lettermen Row)

After getting caught in the wash that was the Ohio State depth chart for the majority of his career, Cornell finally broke through in a big way. He’s flipped between three-technique and defensive end for the last few years, but as he settles into one position, he could be one of the most productive defensive linemen on the roster. Cornell had four tackles, a sack, two tackles for loss and a forced fumble, although it was recovered by Florida Atlantic.