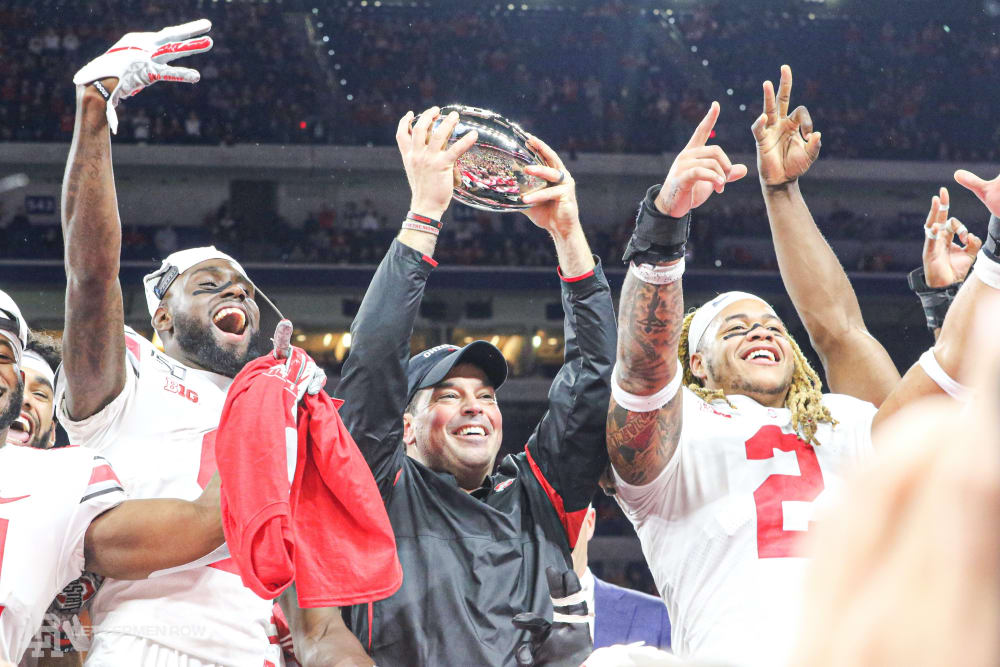 COLUMBUS — The first phase of Championship Season at Ohio State is complete, and it was a doozy.

The Buckeyes earned something of a breather, and they’re going to make the most of it coming on the heels of an East Division-clincher over Penn State, a rivalry win over Michigan and a physical rematch with Wisconsin to claim the Big Ten crown.

But the work never truly stops for the No. 2 seed in the College Football Playoff. So, the Buckeyes are juggling practices, awards season, coaches being approached for other jobs and the all-important closing stretch on the recruiting trail before the early signing period opens on Wednesday. Clearly there’s no time for a vacation quite yet for an aspiring national champion.

“I think [some rest] is really important,” Ohio State coach Ryan Day said. “Physically, actually we’re OK, physically, to be honest. I think emotionally and mentally we need a little break here. We need to get away. So we’ll do a little lifting, a little running here.

“But what it takes to go win a game like that after the couple games we had leading up to it is just not easy to do. It was truly March Madness. It was like playoff football. So now they need some time away just to kind of catch their breath and get reenergized, but we’ve got to do a good job of getting our rest and getting healthy this week.”

Once that first week is complete, Ohio State still has two more to go before taking on Clemson in the Fiesta Bowl. But with so much going on around the program, Lettermen Row decided to expand the normal Bold Predictions from the staff to include anything and everything related to the Buckeyes and their busy December. And here’s what the crew is expecting from Ohio State in the buildup to the College Football Playoff. 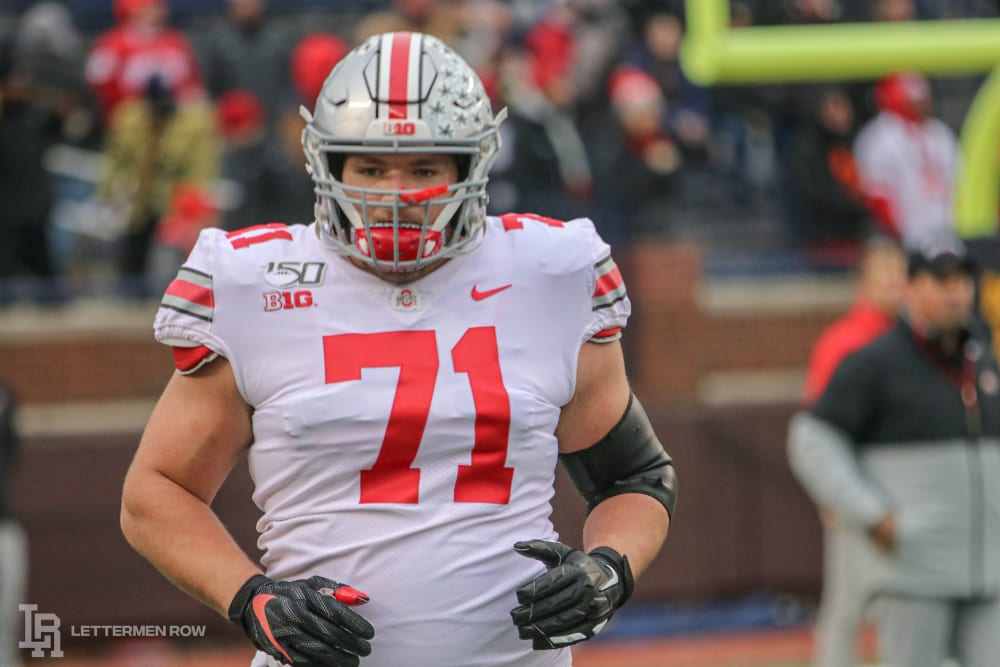 Given the first-round headliners on the Ohio State roster and how easy it is for offensive linemen to get overlooked, it’s not a surprise how little attention has been paid to two guys who have been absolutely critical to the Big Ten champs — and have emerged as legitimate candidates to leave early for the NFL. But both center Josh Myers and right guard Wyatt Davis have been in school for three years, and there’s no question that scouts have taken notice of them as potential options to enter the draft pool after productive redshirt-sophomore seasons. It’s reasonable to expect that Myers and Davis would at least request feedback from the College Advisory Committee about their draft stock, and it wouldn’t be a surprise for both of them to get potential second-round reports back as they weigh their options. If Myers returns, he would enter next season as a slam-dunk favorite for the Rimington Trophy, but the decision for him and his sidekick on the right side could be a tough one.

Ok, I know that doesn’t sound like a bold prediction considering there are currently 25 players committed to Ohio State. But knowing that kicker commitment Jake Seibert won’t count against the scholarship number for this cycle  means that the Buckeyes will add a new commitment before the early signing period is over. For anybody putting odds on who that addition is likely to be, there’s only one real possibility at present: Rancho Cucamonga (Calif.) 4-star quarterback C.J. Stroud. Stroud visits Ohio State officially this weekend, the last one before the early signing period begins. And he’ll be the icing on the cake for Ryan Day and his first full recruiting class as the Buckeyes coach. 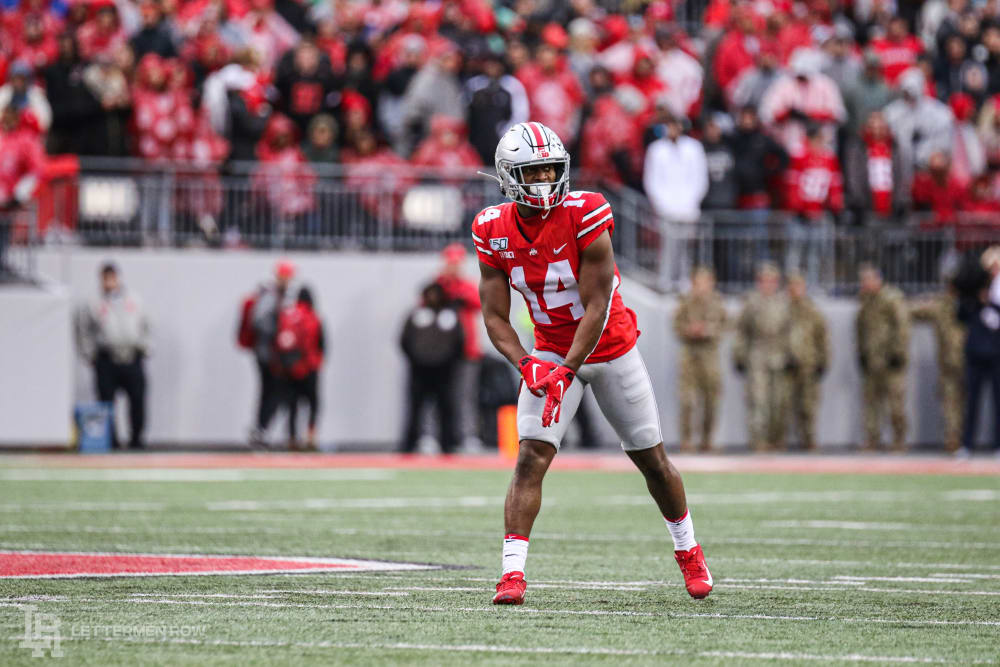 Tim May: K.J. Hill will add another record that might not be broken

Who says persistence, improvement, tenacity, patience and timing don’t pay off? K.J. Hill is proof that all of that plus talent are part of a man leaving his mark on one of the grand, tradition-rich major college football programs in the country. The former youngster from North Little Rock passed David Boston for the career catch record in Ohio State history in the win over Wisconsin in the Big Ten championship game. And as vital of a cog as Hill is for Ohio State, it’s not really a bold prediction at all to suggest he will tie the school record of 48 consecutive games catching at least one pass when the Buckeyes play Clemson in the College Football Playoff semifinal. But there is a great chance those records will stand for a long, long time considering the three-and-flee approach for most talented players in this era.

As much success as Ohio State has, it’s not uncommon to lose an assistant or two to other jobs — though it typically only happens when the opportunity to take a head-coaching position arises. But if the Buckeyes open up the check book and nail down some of their top guys, there should be no reason for any of them to leave. Jeff Hafley and Brian Hartline both need sizable pay raises. Ohio State should be willing to oblige. Those top two assistants are dogged recruiters, and they seem happy to work under Day, who has drawn rave reviews for his family-first approach. If Ohio State is willing to shell out the money or the programs pursuing guys like Hafley or Kevin Wilson aren’t good fits, all the assistants who helped lead the Buckeyes to the College Football Playoff will be back to reload and make another run in 2020. 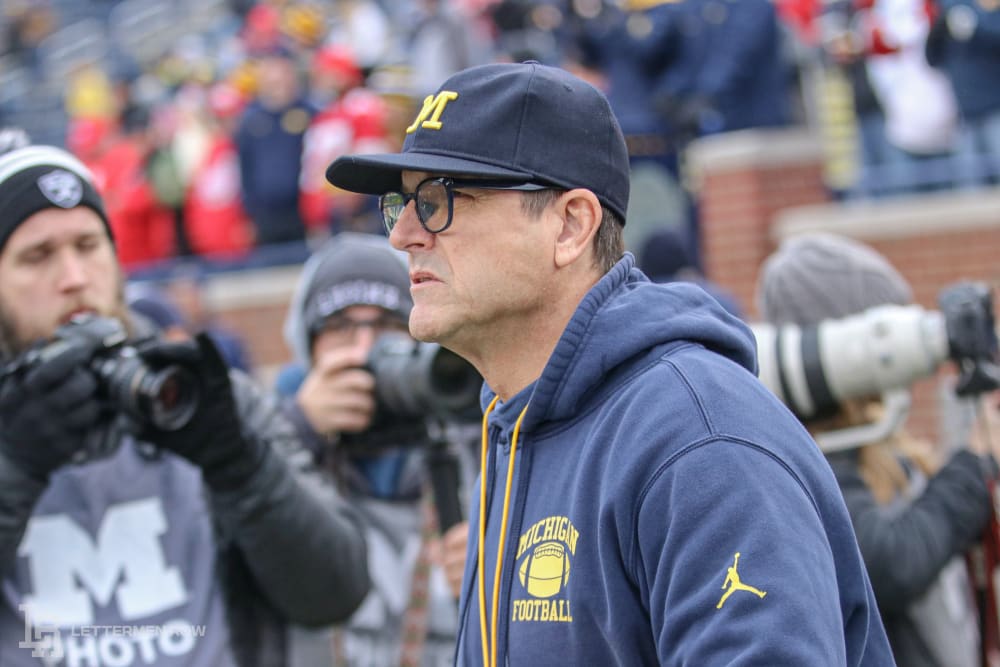 Ohio State still has never lost in The Game with Jim Harbaugh as the coach at Michigan. (Birm/Lettermen Row)

Will Crall: Ohio State has chased Jim Harbaugh out of Michigan

At this point, it looks like it might be time for Jim Harbaugh to wave a white flag at Michigan and leave for a job in the NFL. Most schools would happily take Michigan’s 9-3 record this season, but this was a huge disappointment for a team that was picked in the preseason by many to earn a spot in the College Football Playoff. As of today, Michigan doesn’t have a quarterback in the 2020 recruiting class. The one guy who was committed recently found out he can no longer play due to a heart condition, which left Harbaugh scrambling to find someone to fill the spot. Michigan is going aggressively after C.J. Stroud — but the Buckeyes are the clear favorite right now. If Stroud picks Ohio State over Michigan on signing day, that means a guy once known as the quarterback whisperer will again likely be scouring the transfer portal. Add in a winless record against Ohio State and Harbaugh will decide he’s had enough and return to the pros.