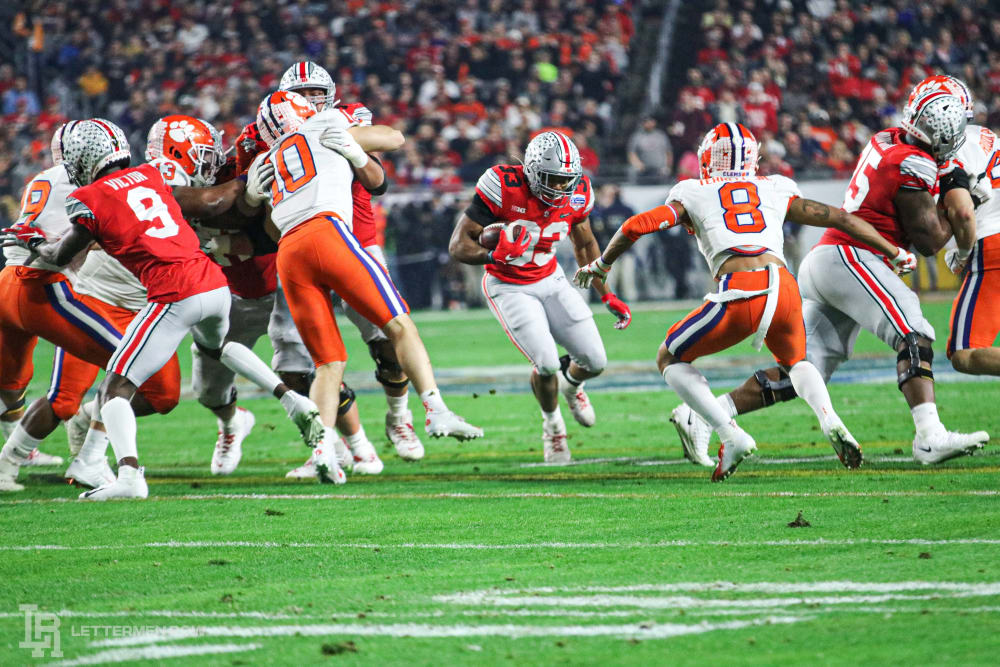 Ohio State running back Master Teague is fighting for the top spot on the depth chart. (Birm/Lettermen Row)

There is certainly a chance that there is nothing for Ohio State to worry about in the backfield at all.

Perhaps the hard-running, yardage-grinding version of Master Teague from early last season was the true sign of the kind of running back he will become and the late swoon was just a matter of a young player hitting the wall against tougher competition.

Maybe Marcus Crowley will bounce back from his November injury and pick right up where he left off, slicing through defenses and looking like the kind of all-purpose weapon that Ohio State prizes at the position.

After a year of development, perhaps Steele Chambers is poised to explode and show what he can do with a frame that certainly looks ready for the workload in the Big Ten. Or Miyan Williams might show up in the summer and be the kind of impact freshman that must be put on the field and fed carries right away.

Considering the caliber of guys Ohio State has recruited for Tony Alford’s room, it’s a safe bet that at least a couple of those bets will pay off by the time the season opener rolls around in September. But that still leaves a lot of uncertainty and work to do in the meantime, which undoubtedly makes that unit the most intriguing to watch on the offensive side of the ball during offseason drills, spring practice and into training camp. 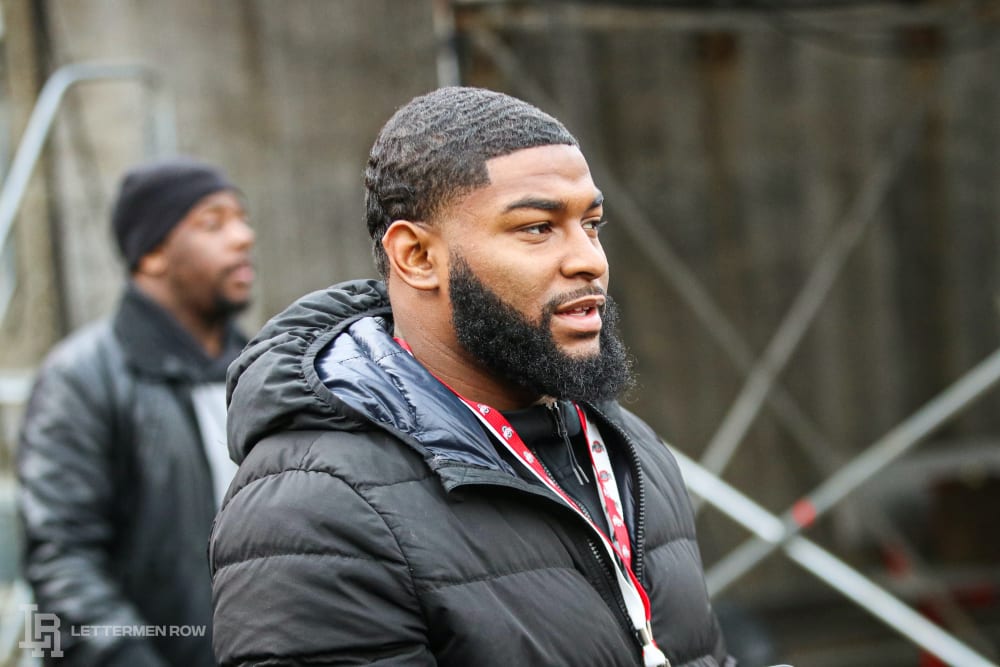 Ohio State signee Miyan Williams will be part of the running back competition in training camp. (Birm/Lettermen Row)

Teague is going to have to prove that the struggles in the last four games were an aberration, because Ohio State won’t be able to fully function with the kind of limited production he provided off the bench in the biggest games of the season. It’s beginning to appear like Crowley won’t be cleared in time to participate in spring camp, and while that would open up opportunities for Chambers, that’s another complication for Alford as he tries to replace one of the best running backs in school history.

Ohio State isn’t going to pursue another recruit during this cycle, but that doesn’t mean the door is completely closed on tweaking the roster if a capable transfer with immediate eligibility were available in the portal. Much like last year when the Buckeyes mined that market to fill the void at guard when Jonah Jackson graduated and elected to leave Rutgers, there is at least a possibility if the numbers and fit work out that Ryan Day could again pursue some outside help. But that all depends on what shakes out in March and April — both in Columbus and elsewhere.

The top priority, though, is developing those guys already on campus at Ohio State. And the challenges are already being issued to Master Teague both publicly and privately to take the torch from J.K. Dobbins and make sure that an Ohio State position with one of the richest traditions in the country lives up to the standard.