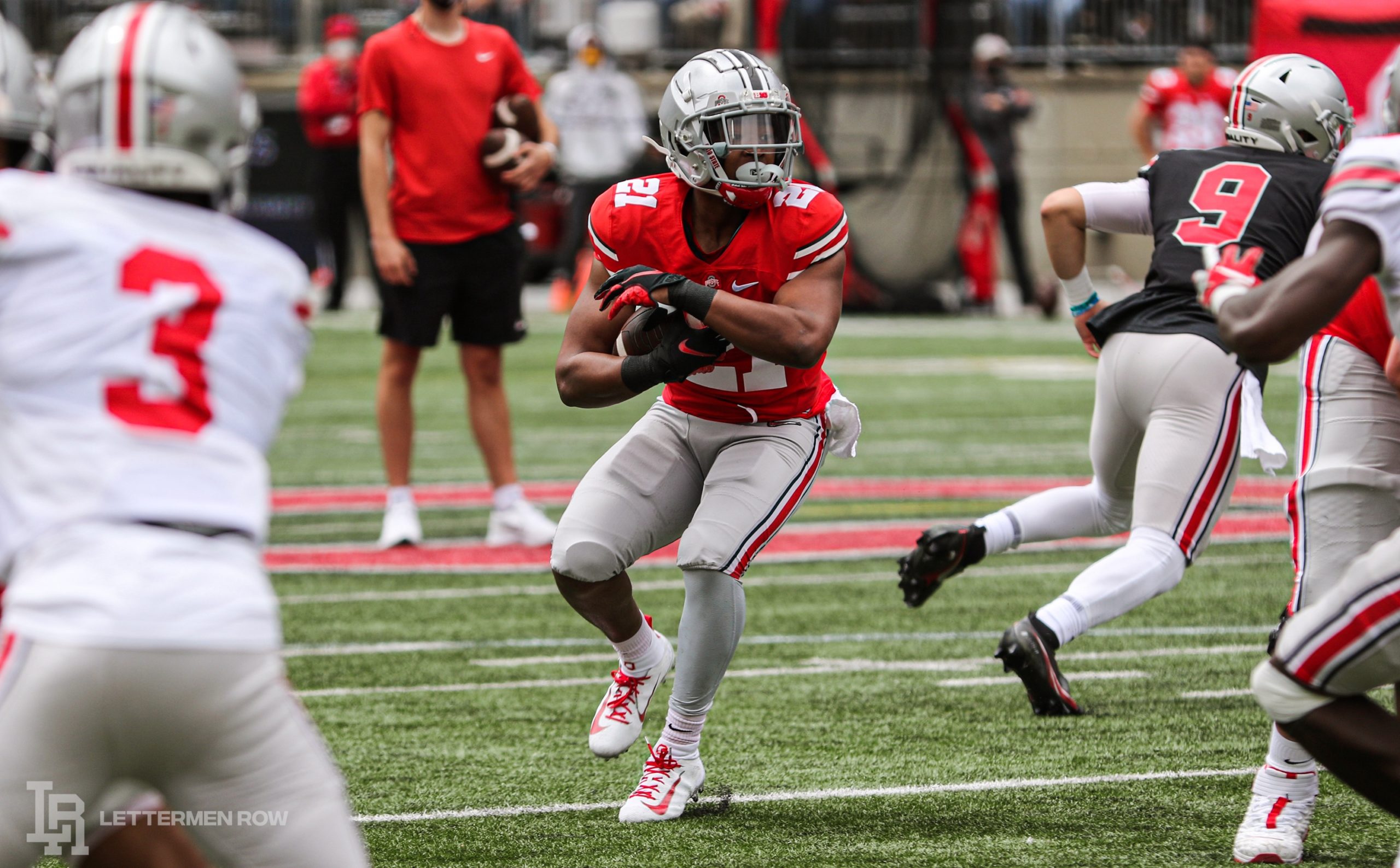 COLUMBUS — Evan Pryor would be a headliner in any other Ohio State recruiting class.

The highly-rated four-star running back from Cornelius, North Carolina, has everything the Buckeyes — and every other program in the country — are looking for. He ran a 4.31 40-yard dash before his junior season and has head-turning film to back up his incredible burst of speed.

But Pryor isn’t getting near the attention a typical top freshman back gets when arriving for his first year in the program. He’s entering a room that features five other talented backs — including fellow freshman tailback, five-star TreVeyon Henderson.

While Henderson is receiving the praise and attention as a first-year player, Pryor continues to grind and stay in the shadows. He’s certainly talented enough, but with some patience and a year to find a role in the offense, Pryor will work his way into the conversation.

Pryor didn’t play his senior season of high school. The pandemic wiped that season out and forced Pryor to choose enrolling at Ohio State over playing his final year as a spring football season.

So spring practice with the Buckeyes was his first action since fall 2019. He maintained his top-100 status despite missing his senior season because he’s that talented. And the spring was a chance to get back on the field and begin to show how he can fit into the loaded Ohio State running back room. 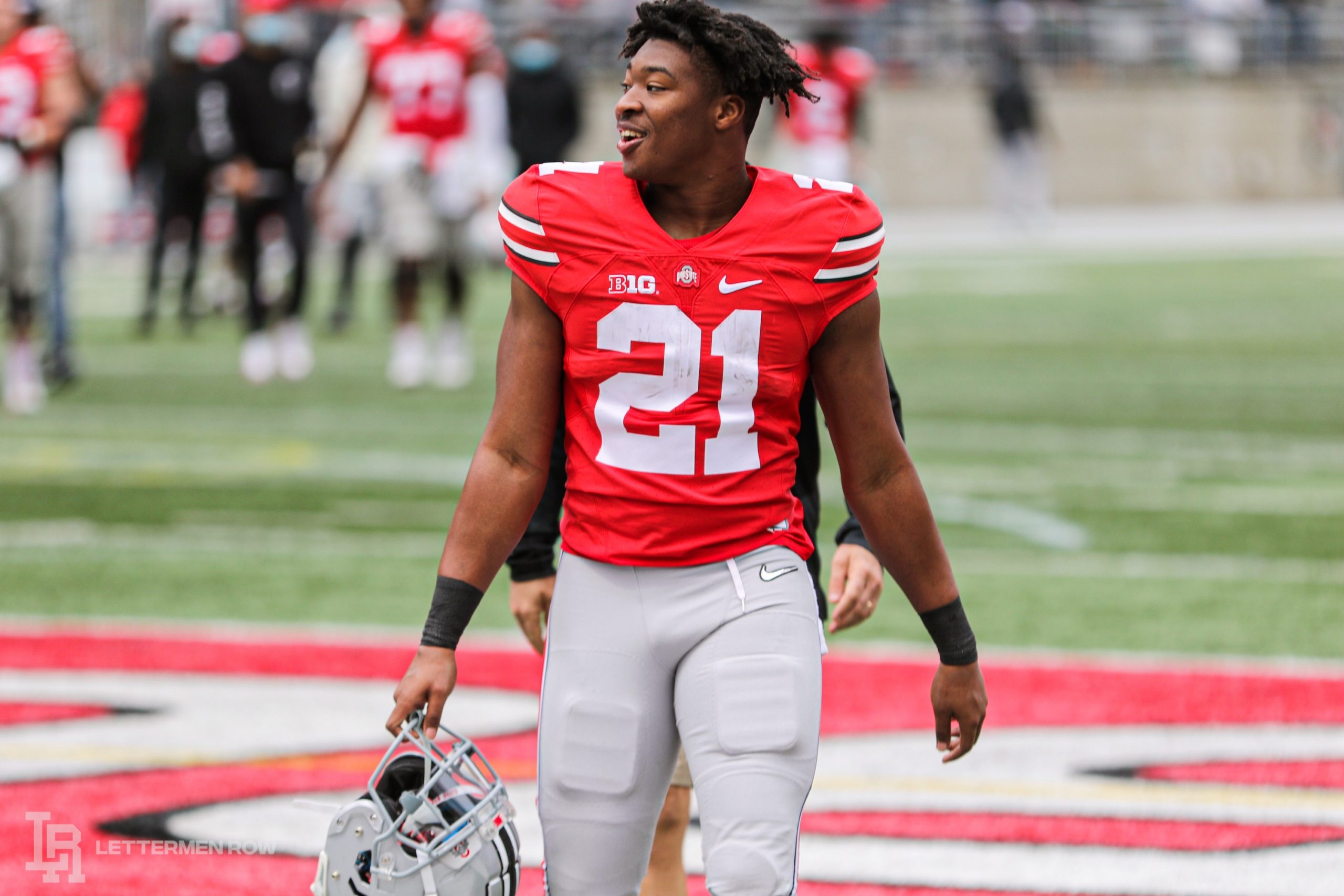 Evan Pryor has the talent to surprise everyone early in his career. (Birm/Lettermen Row)

And it allowed him an opportunity to be around the other five backs all vying for carries this fall.

“We’re going to keep coming in every day, making each other better and grinding.”

The spring game didn’t give Pryor a full experience; it was a largely non-contact scrimmage. But the spring as a whole certainly was a good 15-practice peek at what he can become in Alford’s room and in the Ohio State offense.

Those chances might just take patience. Master Teague returns as the incumbent back. Marcus Crowley and Miyan Williams have impressed the staff this offseason. Steele Chambers is also waiting for his chance. And the aforementioned Henderson will contribute early in his career.

Pryor has shown he can also carve out a role early in his time in Columbus. Now he has to compete to get the ball in his hands in one of the most talented

Pryor will earn his carries at some at Ohio State. Those might come this season, or they could come later in his career.

The highly-rated recruit is talented enough. Just don’t forget about Evan Pryor while he’s under the radar.