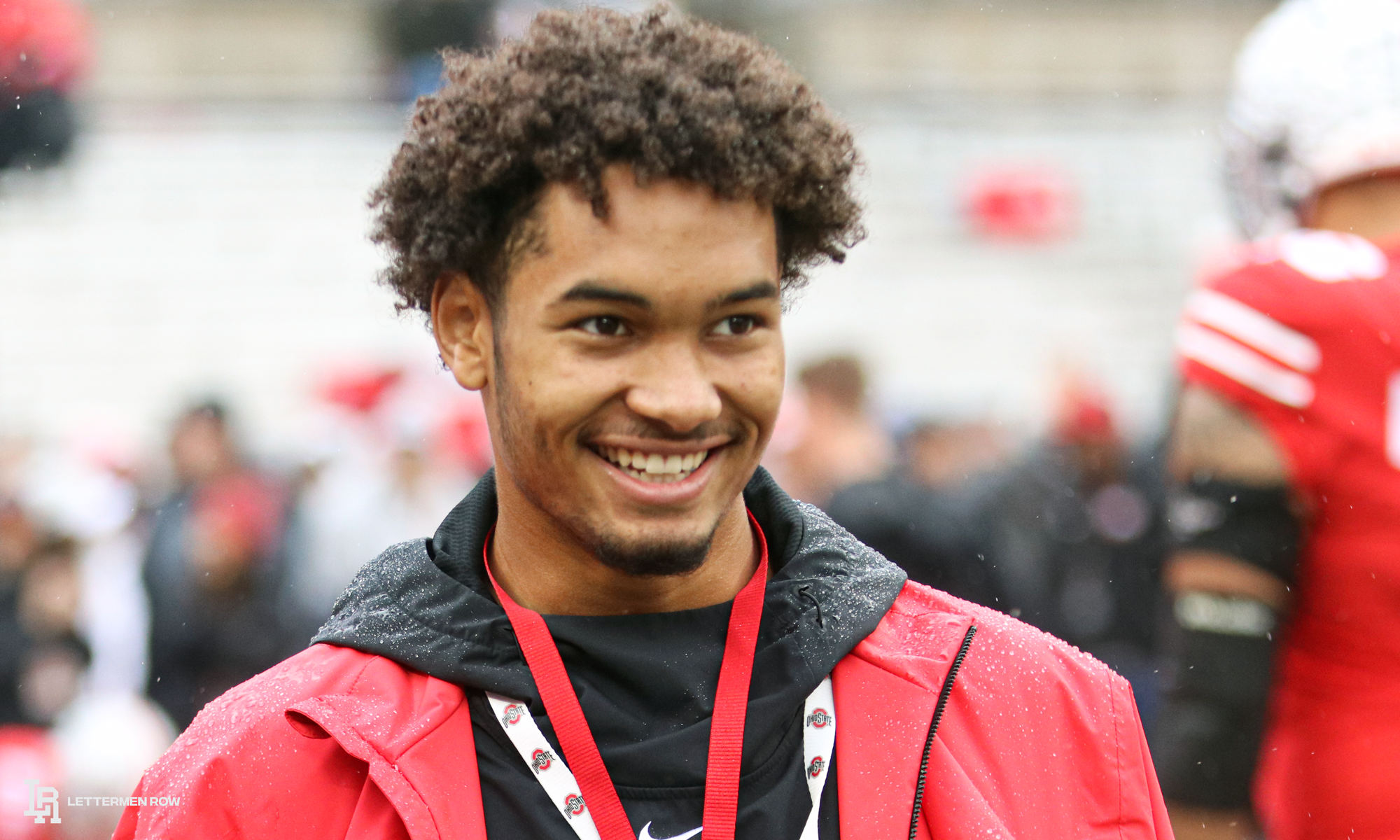 On Friday night, the Buckeyes landed a commitment from one of their highest-priority targets when Egbuka committed to the program over Oklahoma, Washington, Clemson and the rest of college football’s elite programs.

The decision by Egbuka brings an end to what has been almost two years of relentless recruiting by Ohio State receivers coach Brian Hartline and head coach Ryan Day, and it allows the Buckeyes to breathe a big sigh of relief after a valiant push by the Sooners and Huskies over the last few months.

Lettermen Row is analyzing the choice by Egbuka and what his commitment means to Ohio State, the Big Ten and the national recruiting scene for the Class of 2021. 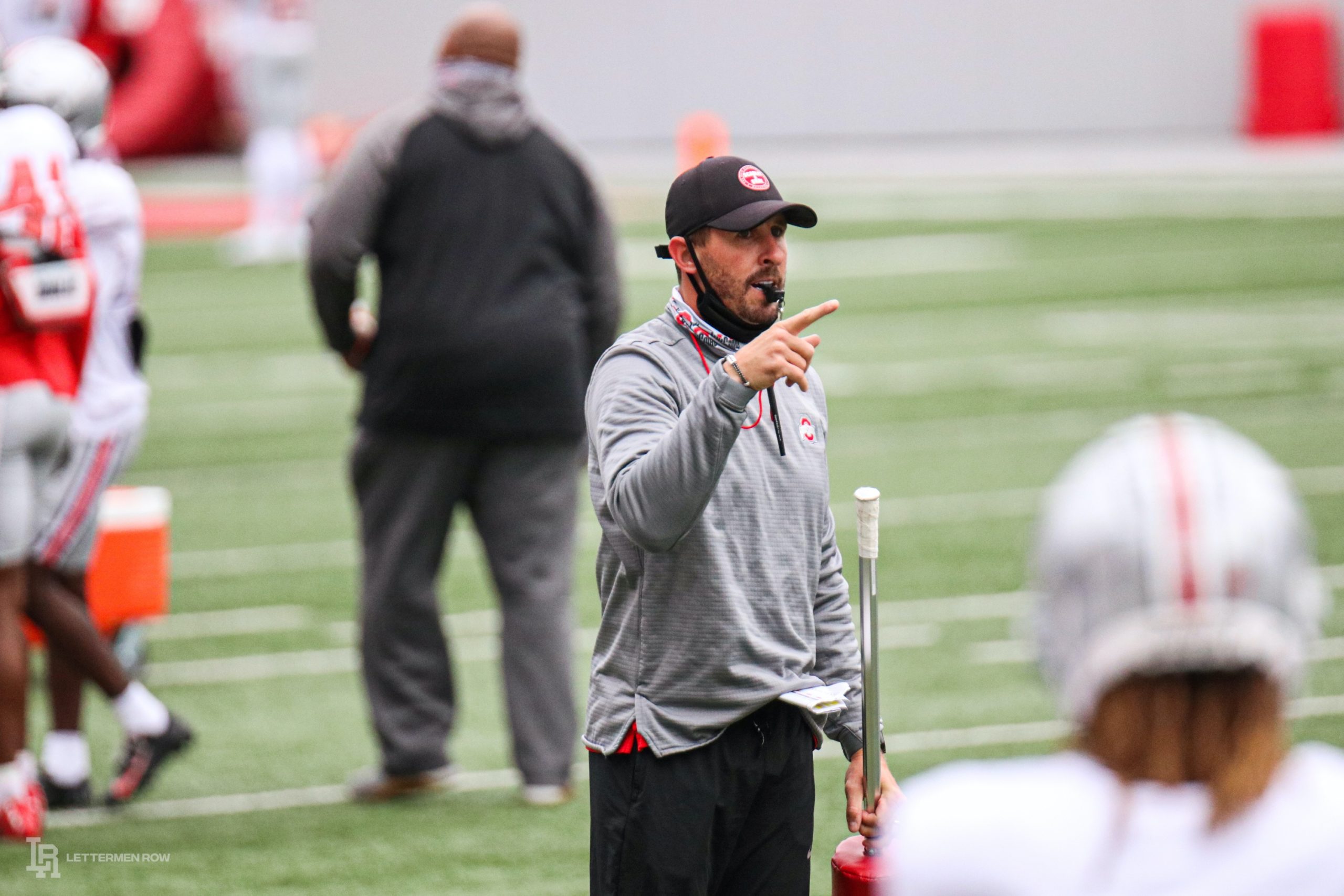 Though he’s not played a senior season yet, Emeka Egbuka is a rare physical talent with home-run hitting ability every time he touches the football. He’s fast — running the 40-yard dash in less than 4.45-seconds — but smooth and well put together. Egbuka’s greatest asset on the outside is his body control, as he shows a unique ability to locate the football and adjust to it without losing speed.

Egbuka isn’t just a raw athletic talent, though. He’s incredibly productive and has amassed almost 4,000 yards receiving in his three years of high school football to go along with more than 60 scores. He can strike as a return man and would probably be an All-American defensive back if he allowed himself to focus on that side of the ball. Egbuka is also viable baseball prospect, but his future is all about football.

Strong, athletic and explosive, Egbuka can line up on the outside or in the slot and be equally dangerous. A cerebral, calculating talent, the 6-foot-1, 210-pound Egbuka is a player that some close to the Ohio State program have compared to current Washington Football Team star Terry McLaurin because of his athletic profile combined with his off-the-field characteristics.

“He can do a little bit of everything,” Steilacoom coach Colby Davies told Lettermen Row ahead of his decision. “He’s been a team leader since his freshman year and understands how important he is to our team. He’s the first in and last out type and he’s very coachable. He wants coaching.

“He chose Ohio State because he knows that Brian Hartline is going to coach the hell out of him. That’s what he wants. He wants to be the best and will work all day to make sure he is.”

There is going to be a lot of attention paid to Egbuka because of his recruiting profile, but he’s well-equipped to handle it and the plan to enroll early at Ohio State should make the transition easier. Expect to see this potential star moving around a lot during his freshman season, similar to the development track that the Buckeyes have laid out for 2020 top-ranked receiver Julian Fleming.

It seems to be old hat for Brian Hartline to reel in 5-star receiver prospects at this point, but it never stops being important or impressive. The Buckeyes have now landed five 5-star wideouts since the 2019 cycle and already have one committed in the Class of 2022. For the Buckeyes, it’s another huge win over Oklahoma specifically, which had designs on a late steal after Egbuka made a much-discussed trip to visit the Sooners.

Emeka Egbuka to Ohio State gives the Buckeyes five 2021 verbals ranked as 5-stars, and he becomes the prospect No. 12 ranked inside the top-100 of the 247Sports.com composite rankings. Overall, there are now 21 commitments in the Class of 2021, and it’s a group represented by 13 different states.

One of three receivers now verbally committed for 2021, Emeka Egbuka will link up with 4-star players Jayden Ballard and Marvin Harrison, each of whom is ranked as one of the nation’s top-15 wideouts. All three prospects are enrolling early.

With the latest addition to its Big Ten-best 2021 class, the Buckeyes pull within four points of Alabama for the country’s top-ranked class. The Crimson Tide have one more current commitment than Ohio State but will likely end up signing a handful of additional prospects, so the odds are long for the Buckeyes in the goal of winning the national recruiting title.

The Buckeyes have the most current commitments in the Big Ten, tied with Michigan at 21. The Wolverines are expected to lose a few of their current commitments ahead of the December signing period, so the gap between Ohio State and the rest of the conference looks set to keep growing.

Need more Ohio State recruiting #Stuff? Join the conversation below in the comments and sign up for Scarlet Sunrise, Lettermen Row’s morning newsletter that will get your day started with all the important Ohio State news you need to know. Prefer video? Follow Buckeyes football on YouTube with Lettermen Row. You can also get your recruiting fix by subscribing to Talking Stuff: The Ohio State Recruiting Podcast on iTunes, Spotify, Google Play and Stitcher
Continue Reading
You may also like...
Related Topics:Featured, jayden ballard, emeka egbuka, kyle mccord, marvin harrison, TreVeyon Henderson, jt tuimoloau