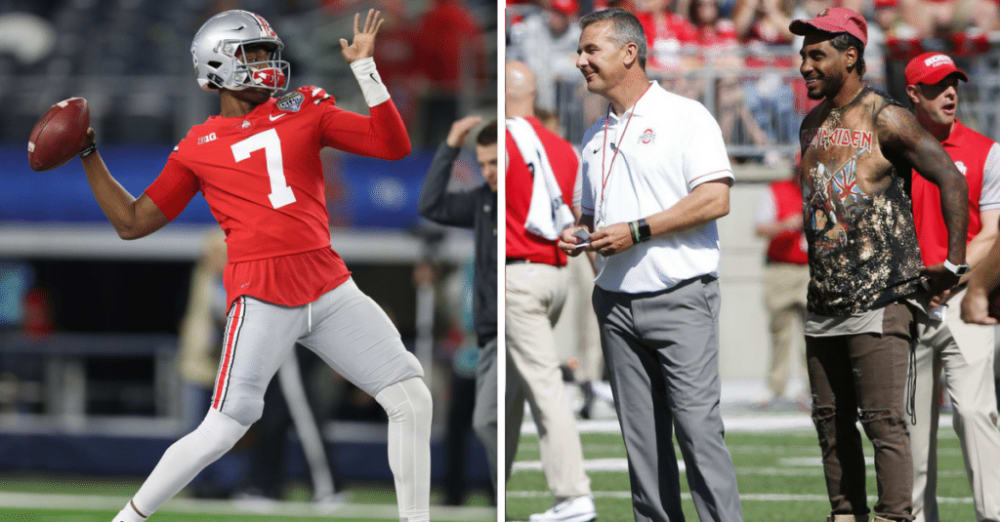 HILLIARD — Whether he was catching passes or throwing, Braxton Miller might have more insight into what it takes to succeed at the most important position at Ohio State than just about anybody. And on top of that, his personal experiences with Dwayne Haskins have already produced one bold prediction.

The two haven’t worked out together yet this summer. But as a sweat-soaked Miller wrapped up his instructional camp for kids on Sunday in suburban Columbus, he made it no secret just how much potential he’s already seen from the next in line to lead the Buckeyes.

“I told him that one day he’s going to win the Heisman,” Miller said with a smile. “I’ve known Dwayne for two years now. Man, he’s dope, he’s nice.

“I haven’t thrown with him since last year. But every since he came in, whenever I needed somebody to throw with when J.T. [Barrett] wasn’t there or available, he was always available and always willing to work. He reminds me of myself in a way. He just wanted to go get it.”

Dwayne Haskins impresses as ‘hell of a passer’

As far as comparisons go, that’s probably the first time Haskins has drawn any to Urban Meyer’s first starting quarterback at Ohio State. 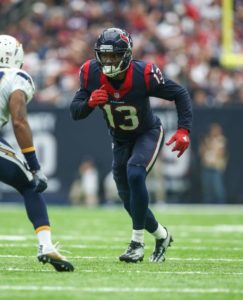 Now a wide receiver for the Houston Texans, Braxton Miller has worked out with Dwayne Haskins. (Troy Taormina/USA TODAY Sports)

Miller’s incredible athleticism, his dazzling ability as a rusher and ability to still keep defenses honest with his arm helped make him one of the most decorated players the program has ever seen before injuries forced him to move to wide receiver.

That transition to wideout, though, did put Miller in position to test out the famous arm strength of Haskins, which combined with his stature tend to make Cardale Jones the go-to reference for his set of skills.

And even if it’s been a while since the current Houston Texans wideout and Haskins got together for a workout, Miller has even seen enough mobility to expect that the offense he and J.T. Barrett used to run might not need to change drastically to account for the new guy.

“I mean, he’s going to strive for it. And they’re going to fix it up for him and put the best situation around him.”

It certainly helps Haskins that he’ll be surrounded by plenty of talent, quite likely more than Miller ever had to work with during his award-winning seasons in 2012 and 2013.

There were plenty of future NFL players on the Ohio State roster back then, too. But Miller carried an extremely heavy workload with nearly 400 rushing attempts along with more than 500 passes attempted during those two years when at times it felt like all the focus was falling on his shoulders.

The Buckeyes under Meyer are always going to emphasize the quarterback and expect him to perform, of course. But with J.K. Dobbins and Mike Weber in the backfield, a deep offensive line and its entire receiving corps intact, Ohio State should be able to spread that burden around a bit more for Haskins.

All that would leave, then, is the pressure to live up to the standard Barrett, Jones and Miller set over the last few seasons doing one of the most scrutinized jobs in college football.

“Just listen to Coach Meyer and he’ll put him in the right situation.”

Few people would know understand that any better than Miller.

What odds does Mike Weber have of outrushing J.K. Dobbins for Ohio State?
Ohio State doesn’t need to worry about schedule strength on CFP path