COLUMBUS — The signs have been there all along for Dwayne Haskins.

The physical tools were never in doubt. His confidence was on display from the moment he was called in off the bench for Ohio State on the road last year at Michigan. The Buckeyes had more than enough weapons to set the table for a record-breaking season.

But even with all that working in his favor to potentially develop into a Heisman Trophy candidate, Haskins still had to go out and actually do it. And it still would have been hard to envision exactly the kind of season the redshirt sophomore delivered in his first year as a starter at one of the most scrutinized positions in all of college football.

“That position, as you’ve heard many times around here, is arguably the most unique position in all of sport,” Ohio State coach Urban Meyer said. “What he’s asked to do? Coaches aren’t on the field, there are ten other guys looking at him every snap. So, you better give the right answer and they better trust and believe in him.

“And our guys certainly do.” 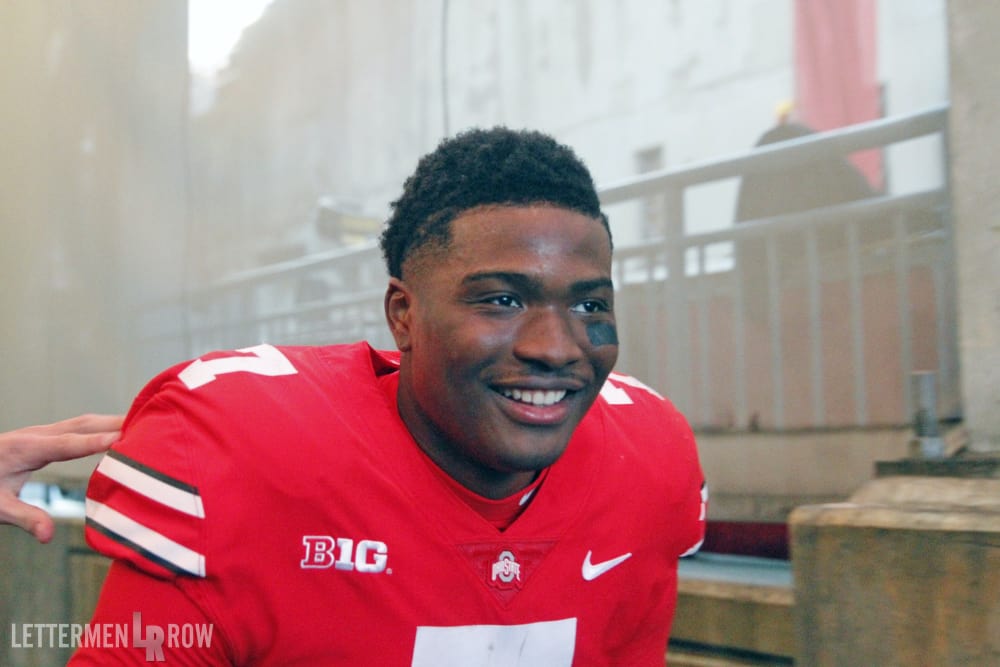 Ohio State quarterback Dwayne Haskins has had plenty to smile about this season for the Buckeyes. (Birm/Lettermen Row)

Haskins has earned that many times over, particularly down the stretch as he’s continued to add elements to his game beyond just being a record-setting passer.

Combined his own eye-popping numbers with 4,081 yards through the air, 46 total touchdowns accounted for and seemingly every single-season record in the books, the Buckeyes have thrived as a team with Haskins in control. Despite one misstep in October at Purdue, Ohio State finished the regular season by stomping Michigan, winning the Big Ten’s East Division — and now in position to potentially defend the conference crown and head to the College Football Playoff.

After breaking him down all season, former Ohio State quarterback and Heisman Trophy winner Troy Smith was back in the Lettermen Row film lab looking at what makes Dwayne Haskins so special coming out of the victory in The Game. And once more during a BuckIQ episode, Smith made it clear that he’s hoping to see the current leader of the Buckeyes in New York for the Heisman ceremony.

Ryan Day on coaching rumors: ‘This is all about winning a championship’
Lettermen Live: Ohio State on to Indy after smashing Michigan
Advertisement
Advertisement