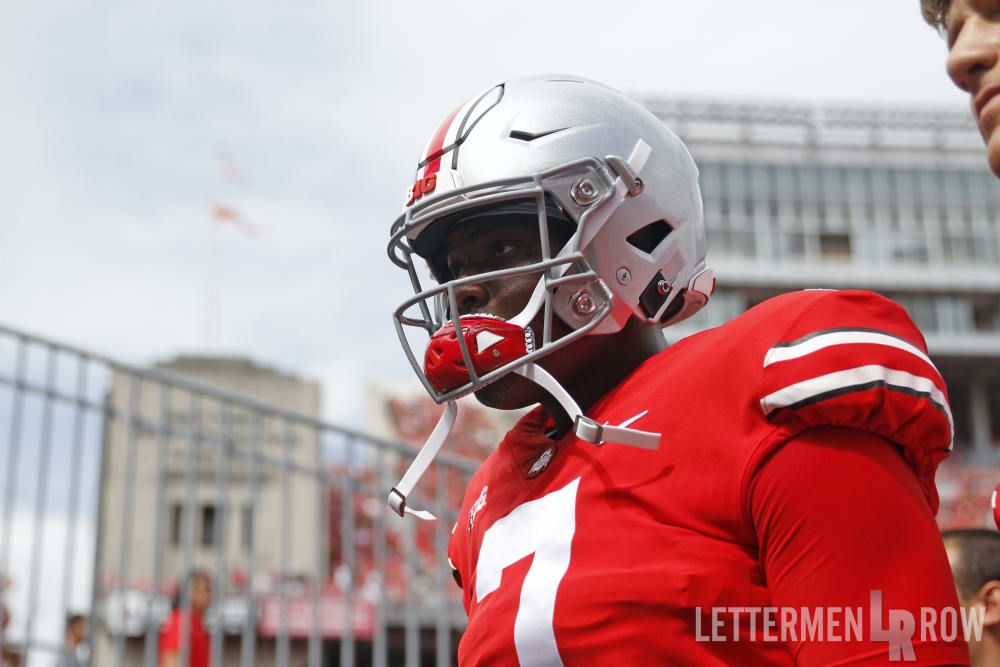 Dwayne Haskins is off to one of the fastest starts Ohio State has ever seen at quarterback. (Birm/Lettermen Row)

The speculation, debate and conversations about Ohio State never end, and Lettermen Row is always ready to dive into the discussions. All week long, senior writer Austin Ward will field topics on the Buckeyes submitted by readers and break down anything that’s on the minds of the Best Damn Fans in the Land. Have a question that needs to be tackled, like the one today on Dwayne Haskins? Send it in right here — and check back daily for the answers.

No Ohio State quarterback had ever done what Dwayne Haskins did in his starting debut, and the redshirt sophomore certainly didn’t slow down with his encore performance last weekend. So, it’s pretty safe to assume that Haskins is off to an historically hot start to his career with the Buckeyes, and that the school record books had better be prepared for an all-out assault.

After all, the single-season record for touchdown passes at Ohio State is 35. Haskins is nearly a quarter of the way there after just two weeks — and he barely needed to play in the second half of either game so far. The Buckeyes have also never had an offense produce 1,300 total yards, 700 passing yards or had a quarterback throw nine touchdown passes after two games in any season ever before now. And while Haskins obviously isn’t doing all of that work by himself, it seems pretty clear that he’s allowed the power-spread attack to evolve and potentially become even more dangerous than it’s previously been under Urban Meyer.

Those first two opponents weren’t exactly heavyweights. So, in some respects, Haskins still has something to prove about himself as the leader of a team competing for a national championship. And despite the legitimacy of his candidacy for the Heisman Trophy after a couple games, there is still a long way to go before he could prove worthy of raising that stiff-arming statue in December. In both respects, the country will have a much better idea of where the Buckeyes and Haskins stand after taking on a top-15 caliber program like TCU in primetime at AT&T Stadium on Saturday night. 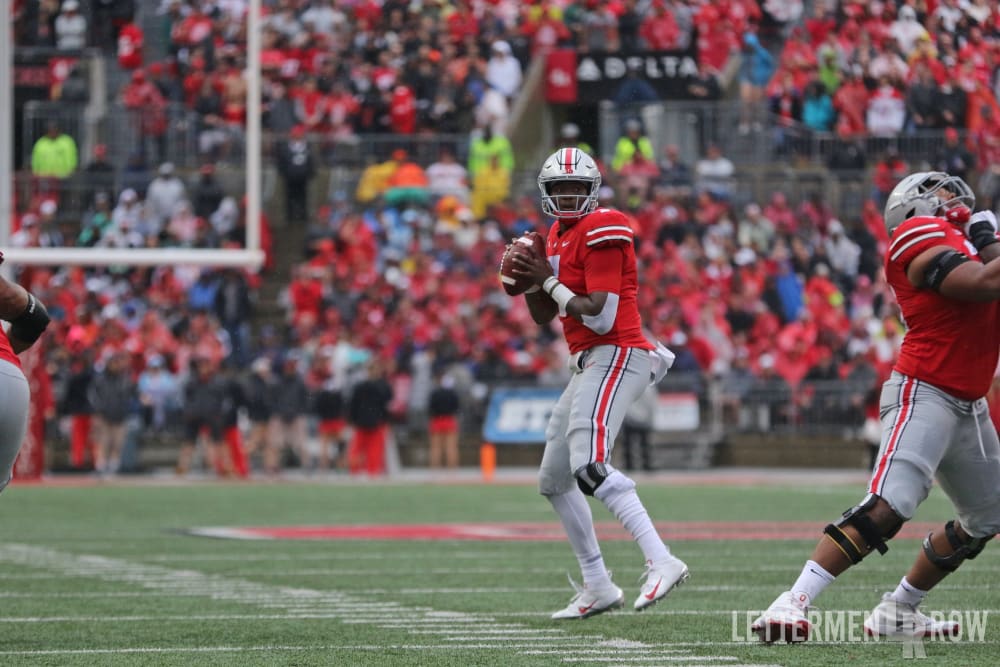 No team in the nation has scored more points through two games than Ohio State. And if that attack keeps humming along without incident against Horned Frogs, the Heisman buzz is going to be deafening for Haskins. That would present an entirely different challenge for the strong-armed passer as the attention and spotlight on him will only get hotter, particularly with another critically important game coming two weeks later at Penn State to test Haskins.

But at this point early in the season, he’s handled everything thrown his way without blinking an eye. Even dating back to that second-half comeback off the bench, on the road and against a stout Michigan defense last season, Haskins has rarely seemed fazed by the responsibilities of leading Ohio State.

How far can Dwayne Haskins take the Buckeyes? Can he get himself to the Heisman ceremony?

There should be a much clearer picture by the end of the game this weekend.