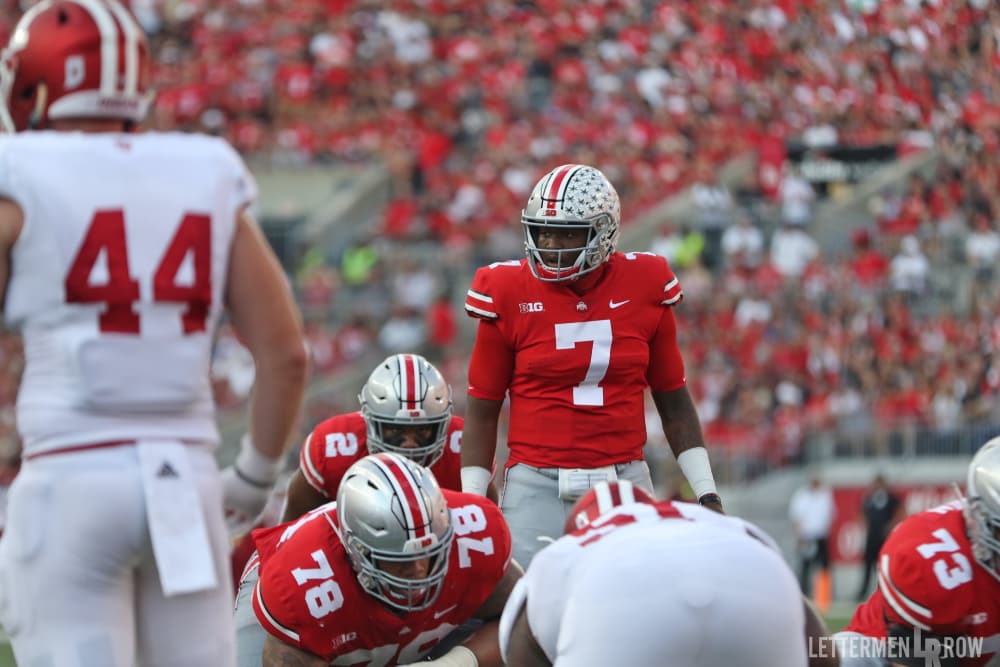 COLUMBUS — Dwayne Haskins is fully aware of the Heisman Trophy hype, and the Ohio State quarterback knows exactly who his primary competition for the coveted award is at this point.

In fact, he’s communicating with him every week.

Having known each other since throwing together on the high-school recruiting circuit, Haskins and Alabama quarterback Tua Tagovailoa have developed into two of the most prolific passers in the country. And in the process, they’re turning a friendly rivalry into a high-stakes Heisman race while leading two programs that could be on a collision course to settle it on the field in the College Football Playoff.

“We talk every week,” Haskins said after practice on Tuesday. “We did Elite 11 and all that stuff in high school, so we sent each other scriptures before the game on Saturday just to send out blessings to each other. He did a great job last week.

Haskins, of course, is having no problem putting up eye-popping statistics of his own. The rocket-armed Ohio State passer is coming off a six-touchdown outing in a win over Indiana that earned him Big Ten Offensive Player of the Week honors for the fourth time in just the sixth start of his career.

The ease with which Haskins has been rewriting the record books at Ohio State so quickly after finally taking over the offense has seen him shoot up the list of leading Heisman candidates, currently sitting in second behind only Tua Tagovailoa. And as the conversation has grown louder, it’s becoming practically impossible for the leader of the Buckeyes to ignore it.

“Definitely, it’s just a credit to the hard work we do together as a team and that I did in the offseason, and it’s just a blessing to be considered with those guys, because they’re really great quarterbacks. We’re all pretty cool with each other, so we’re competing every week.”

And at the rate they’re both going, the two guys might have a chance to catch up in person at the Heisman ceremony — and then maybe square off with a national title on the line.

Dwayne Haskins had plenty of company during media availability after practice for Ohio State on Tuesday. In addition to the Buckeyes quarterback, offensive coordinator Ryan Day, cornerbacks coach Taver Johnson, wide receivers Parris Campbell and Johnnie Dixon, cornerback Damon Arnette and linebackers Tuf Borland and Pete Werner all previewed the Minnesota game and looked back at the win over Indiana. Full video interviews are available here and at the Lettermen Row YouTube channel.