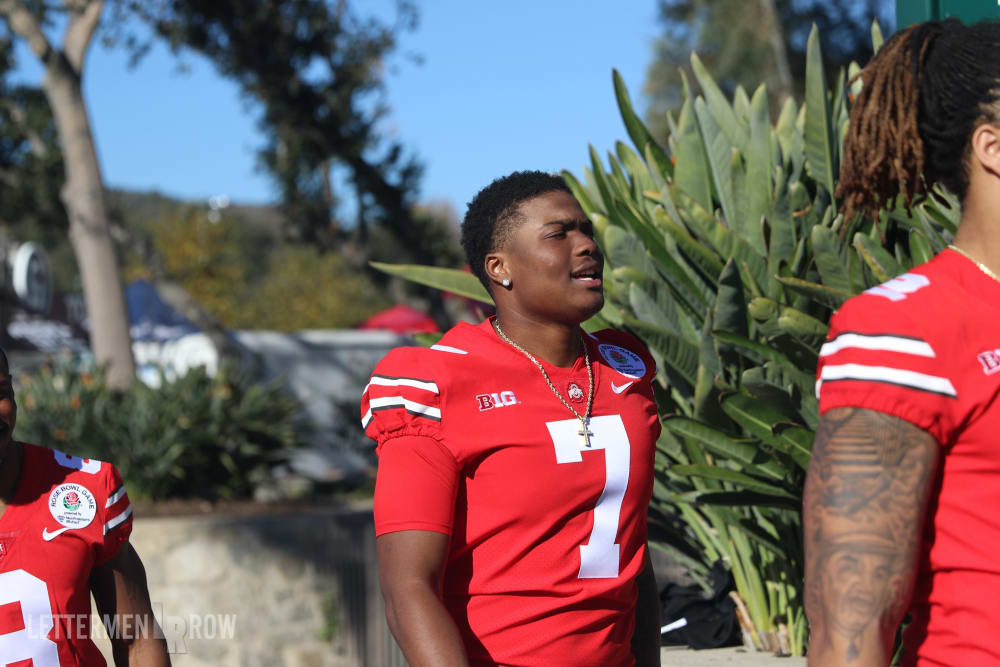 Ohio State quarterback Dwayne Haskins could be playing his last game with the Buckeyes in the Rose Bowl. (Birm/Lettermen Row)

The speculation, debate and conversations about Ohio State never end, and Lettermen Row is always ready to dive into the discussions. All week long, senior writer Austin Ward will field topics on Urban Meyer and the Buckeyes submitted by readers and break down anything that’s on the minds of the Best Damn Fans in the Land. Have a question that needs to be tackled, like the one today about Dwayne Haskins? Send it in right here — and check back daily for the answers.

Is this the best secondary we have faced all year? Biggest matchup threat between OSU and UW?

LOS ANGELES — A motivated Dwayne Haskins is the most dangerous version. And the Ohio State quarterback has made it quite clear just how much he’s looking forward to the challenge ahead of him in the Rose Bowl.

The redshirt sophomore has heard all week about how Washington boasts one of the best secondaries in the country. He’s embraced the opportunity to lead the offense in the final game for coach Urban Meyer. The Heisman Trophy finalist isn’t thrilled that his team was snubbed from the College Football Playoff discussion. And while he’s not talking about his pending NFL Draft decision yet, Haskins is also quite aware of how much attention is on him heading into what could be his final start for the Buckeyes — especially after Oregon’s Justin Herbert removed himself from the board last week.

Much like in the days leading up to the Michigan game amid all the talk about a supposed world-beating defense that could bottle him up, Haskins has oozed confidence in himself and again vowed to put on an offensive show.

“You know, athletic group. They have two All-Americans in the back end. They do a lot of stuff in the secondary and you know, they do it really well. They are like a top-5 [defense] in the country, and you know, I’m excited for the challenge.” 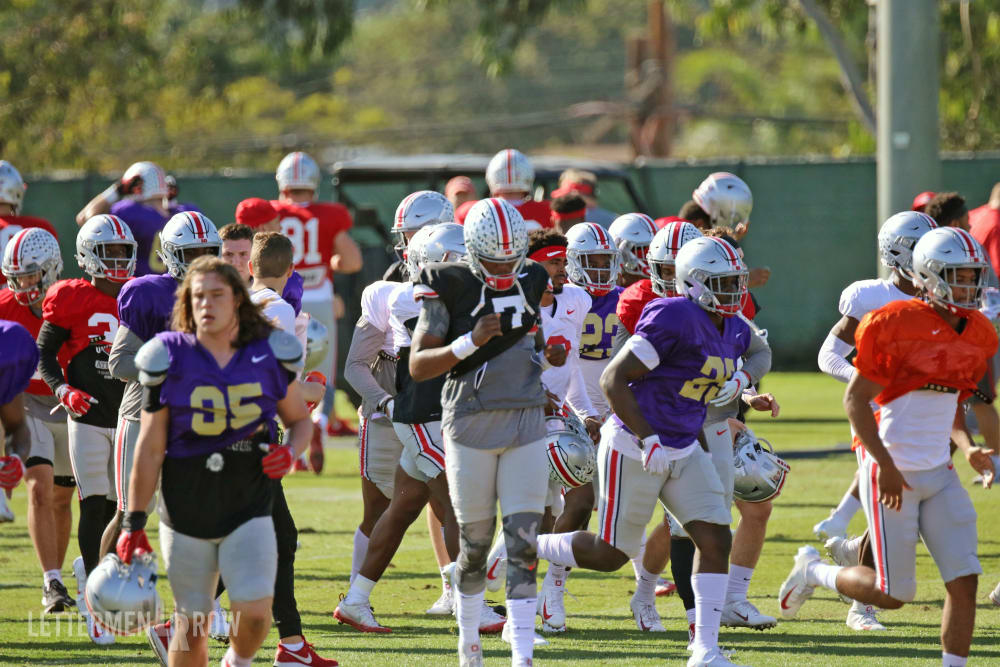 Ohio State quarterback Dwayne Haskins has been fired up at practice for the Rose Bowl. (Birm/Lettermen Row)

While the Ohio State defense and its matchup against the Washington rushing attack will play a prominent role in determining the outcome, everything ultimately comes back to Haskins and one of the most explosive attacks in the nation. The program ideally doesn’t want to be in a position where shootouts become as common as they were this season, but it also has never really had a passer with all the tools Haskins brings to the table.

So, he’s going to once again be the X-factor for the Buckeyes. And with a full month to study the film, break down the Washington personnel and absorb a game plan with offensive coordinator Ryan Day, Haskins should be primed to continue the record-setting roll he was on against Michigan and in the Big Ten title game against Northwestern.

It wasn’t enough to get the Buckeyes into the semifinal. But it still earned Haskins one more marquee stage to showcase his game.

“I watched the first half of the Clemson-Notre Dame game and then I turned it off,” Haskins said. “I didn’t watch much of the Alabama game.

“I thought we should have been in it, but we’ll take it out on Washington.”

The Huskies are going to have a fired-up Dwayne Haskins on their hands. And they should consider themselves warned.

Miss Question of the Day on Sunday? Catch up right here.


Continue Reading
You may also like...
Related Topics:Featured, Dwayne Haskins