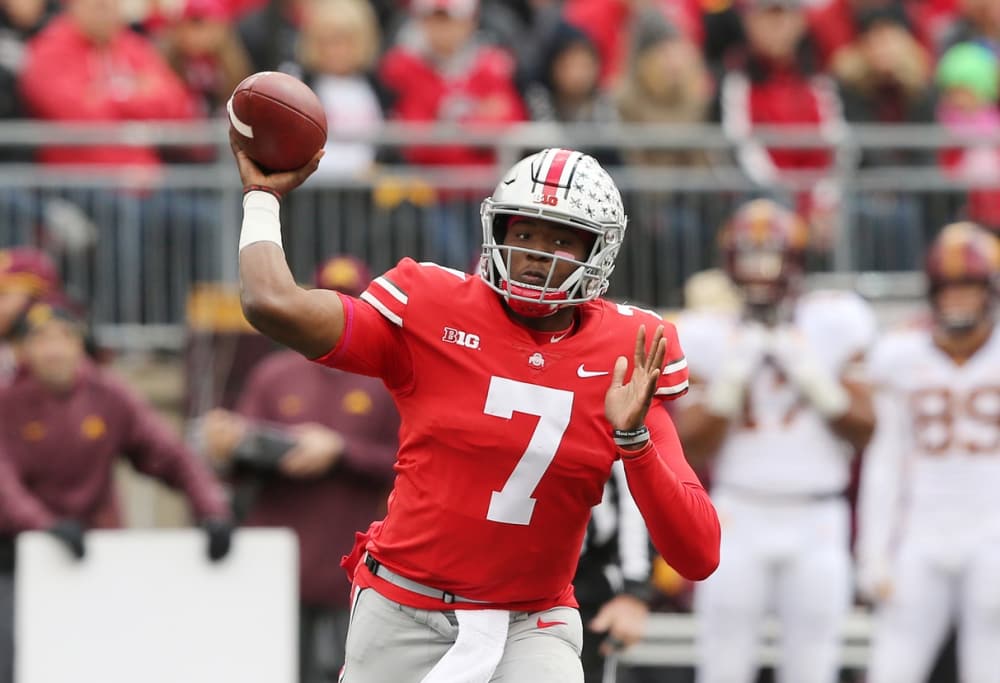 The speculation, debate and conversations about Ohio State never end, and Lettermen Row is always ready to dive into the discussions. All week long, senior writer Austin Ward will field topics on Urban Meyer and the Buckeyes submitted by readers and break down anything that’s on the minds of the Best Damn Fans in the Land. Have a question that needs to be tackled, like the one today about how Gene Smith and Urban Meyer are handling the future of the program? Send it in right here — and check back daily for the answers.

Writers speculating that Haskins leaves after this, 1 and done. How realistic is that in Haskins’ mind , do you believe? My thought is, no way. But I’m not being offended million$.

There is no sense in sugarcoating it: Dwayne Haskins isn’t going to return to Ohio State after this season.

When it comes time to make a final decision, there will be conversations about how a one-year starter doesn’t have enough reps to jump to the NFL. Or some will speculate that he was just blessed with a bunch of talented receivers or his numbers are simply a product of the Ohio State system (as if professional offenses haven’t finally started realizing they should play to the strengths of their passers).

But all of that should be tuned out, and it’s almost a certainty that Haskins will do that.

His ridiculous arm talent, his impressive frame and the mental makeup all are practically screaming for teams to select him with a first-round pick. And if scouts want to find excuses not to use one on the draft-eligible redshirt sophomore, the bet here is that he’ll wind up making them regret that down the road. 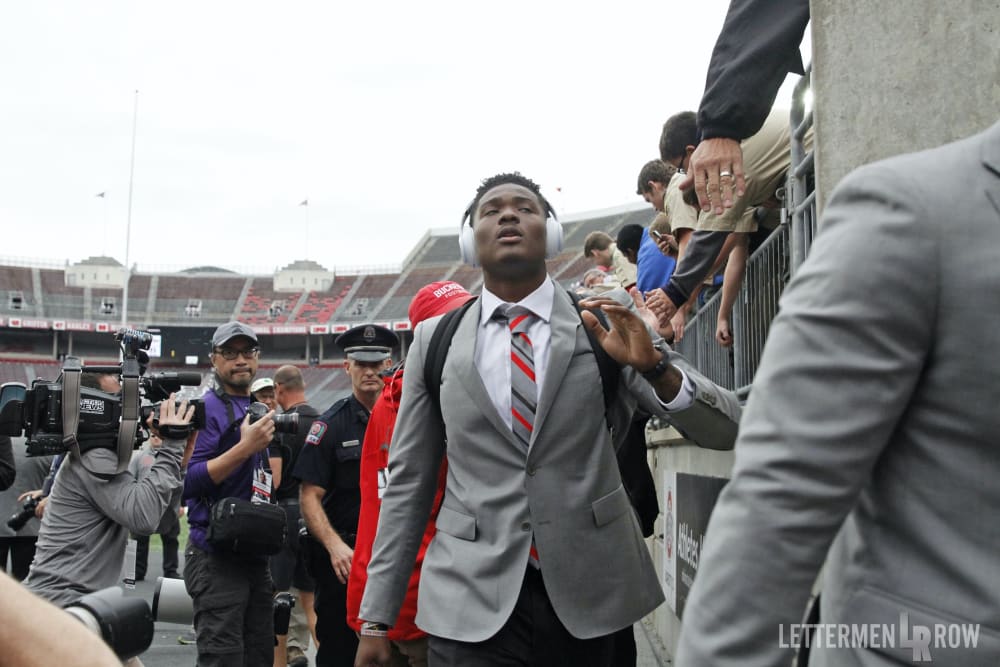 Dwayne Haskins is facing a million-dollar decision at the end of the Ohio State season. (Birm/Lettermen Row)

At this point, Haskins hasn’t talked much about the choice he’s facing at the end of the season. And there’s good reason for that, starting with the fact that he was really only just proving himself for the first time in September and October. It beginning to feel like a distant memory, but he’s only a few short months removed from competing for the starting job in spring practice against Joe Burrow. Despite always being the likely favorite to claim the position, it’s still been a truly remarkable rise for Haskins.

The discussions about his future are certainly going to ramp up down the stretch, though, right alongside the possibility that he’s playing for the Heisman Trophy while trying to get Ohio State into another Big Ten championship game. So, it’s going to be a stressful November for him — but odds are, it would take a complete collapse for the record-setting quarterback to return to the Buckeyes for another year.

Only Haskins can truly answer that question, of course. But right now, there’s certainly a feeling around the program that it will only get one season’s worth of starts out of arguably the most talented passer Ohio State has ever seen.

Both Dwayne Haskins and the Buckeyes just have to make the most of it.