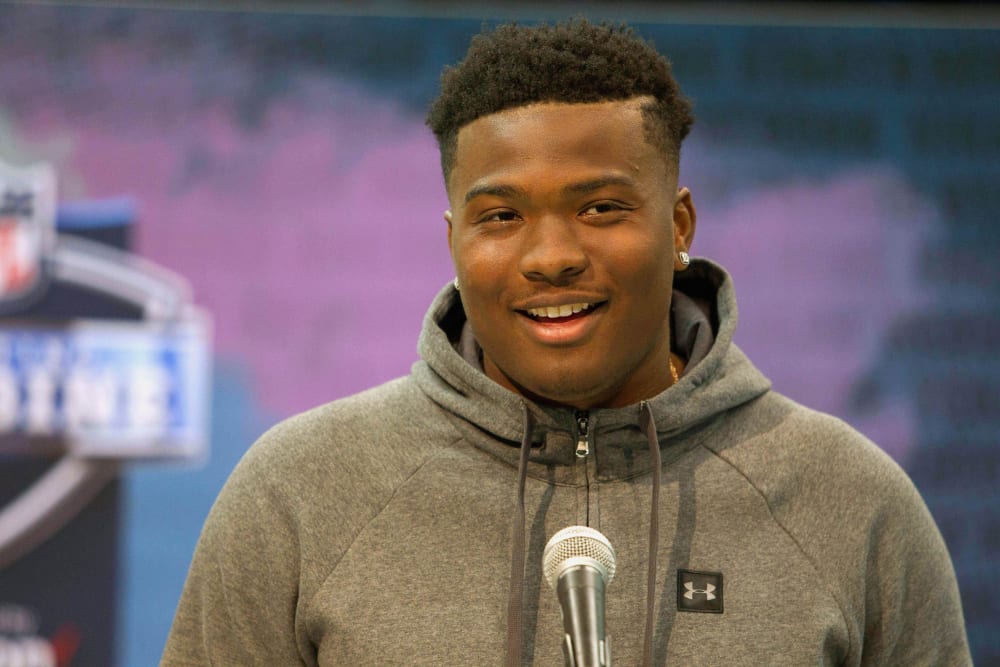 Ohio State quarterback Dwayne Haskins is making his pitch to be the top quarterback drafted at the NFL Combine. (Trevor Ruszkowski/USA TODAY Sports)

But the Ohio State quarterback makes it quite clear that he believe he would be worth taking with the No. 1 overall pick, even if he’s not going to publicly campaign for that top spot.

Heading into a key on-field performance after a couple days of meetings already with franchises at the NFL Combine, though, Haskins isn’t hiding from the pressure of what now appears to be another head-to-head battle with Oklahoma’s Kyler Murray to be the first passer off the board next month. And just like he has throughout his prolific run with the Buckeyes, the self-assured confidence is hard to ignore as Haskins keeps betting on himself.

“[Going first] is not that important to me,” Haskins said on Friday. “For me, it’s about being with the right franchise, being with the right team and winning a Super Bowl. Whether that’s being the first quarterback taken, second quarterback taken, it’s all a blessing regardless of where I’m going or what the pick is per se. I don’t really care how it ranks up as far as QB No. 1 or QB No. 2. That doesn’t really matter to me.

“I’m not worried about Kyler, I’ve got to worry about me. You know, I’m going to do what I need to do in meetings and out on the field tomorrow to showcase my talents. I know I’m a franchise quarterback and I’m going to be a really great quarterback in the NFL.” 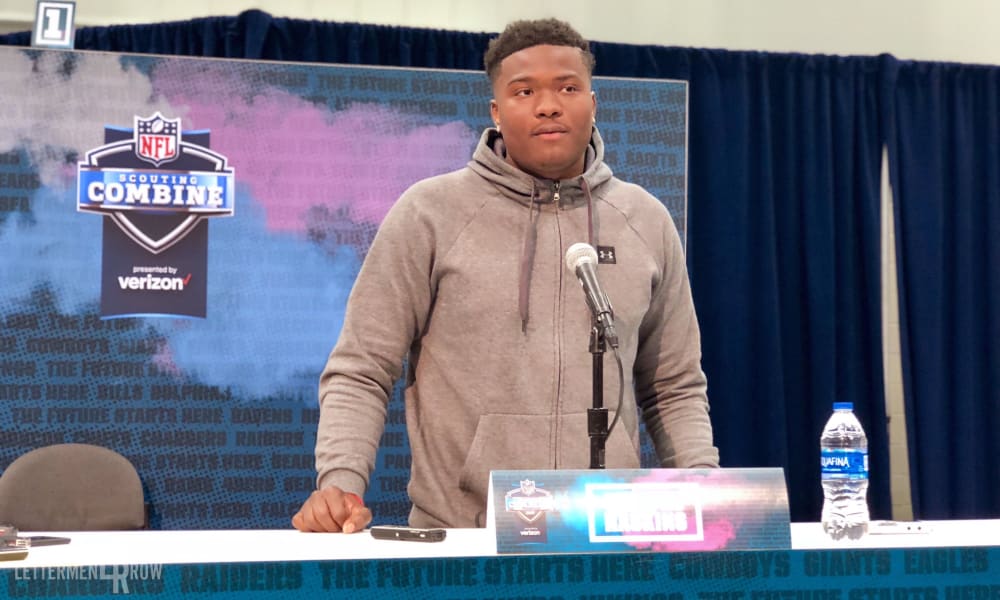 The next step in the process is showing off his arm again for the scouts, coaches and general managers assembled at Lucas Oil Stadium, a site where Haskins has already had some success after leading Ohio State to the Big Ten championship there in December.

Haskins made his intentions to perform in every drill known before even arriving in Indianapolis, electing to prove himself rather than sit out the workouts in favor of just throwing once at Ohio State’s Pro Day later this month. And his session will be one of the most closely scrutinized of the week as team’s evaluate him as possibly the most valuable asset in the NFL Draft pool.

“I just want to show how smart I am, get on the board — I met with the Jaguars, Raiders and the Saints about two days ago and just showed what I know as far as nuances of the offense, protections, things of that nature,” Haskins said. “They were really impressed with me, and I want to show that I can handle the playbook.

“Being the face of a franchise, everybody is watching you and you’re the face of the team. Everybody looks to you, that’s the first person that comes up and you’ve got to be able to lead other men. That’s a lot of responsibility. Without a doubt [I’m ready for that], yeah.”

A chance to prove that in a competitive environment against Kyler Murray after coming up short against him in the Heisman Trophy voting is on deck.

That might not be his sole motivation, of course. But Dwayne Haskins is clearly at the Combine looking to make a point to teams looking for a quarterback that he’s the best one available.

Dwayne Haskins was one of four Ohio State players who spoke to the media on Friday in Indianapolis, joining his old wide receivers Parris Campbell, Johnnie Dixon and Terry McLaurin. Lettermen Row has full video coverage of those press conferences here and on our YouTube channel, and Thursday’s session with three other Buckeyes is available here.

Ohio State: What is at stake for Buckeyes at the NFL Combine?
NFL Combine: Parris Campbell could steal show with blazing 40-yard dash
Advertisement