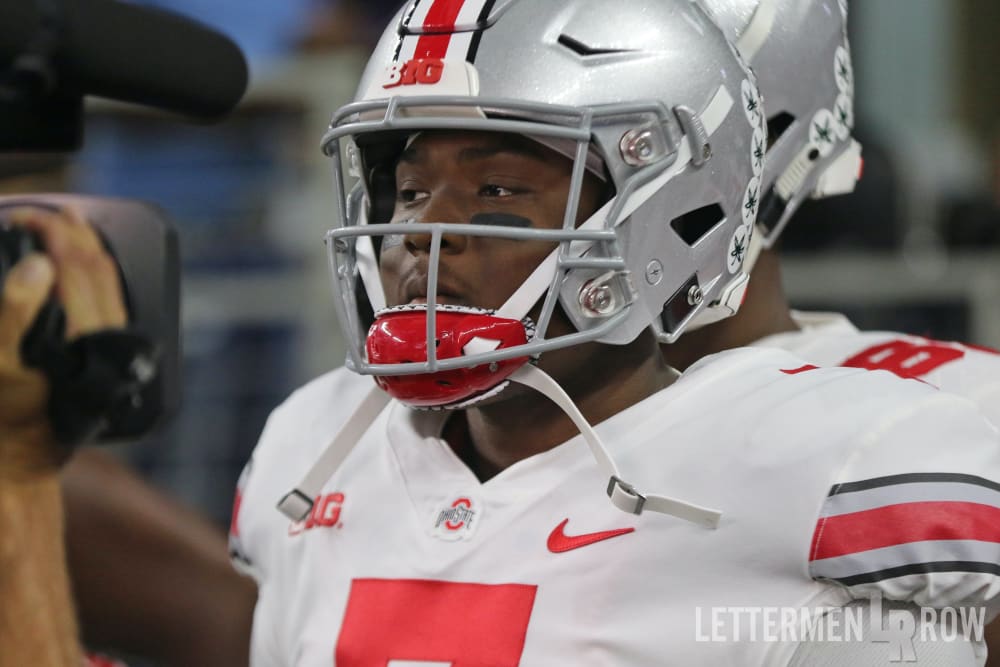 Dwayne Haskins is squarely in the spotlight now for Ohio State. (Birm/Lettermen Row)

COLUMBUS — Dwayne Haskins doesn’t have cable, so the Ohio State quarterback isn’t watching the shows hyping him as a possible Heisman Trophy candidate.

Sometimes, the redshirt sophomore will come across some buzz on social media or have a friend bring it up casually in conversation. Other than that, though, Haskins is instead doing everything he can to insulate himself from the growing buzz that has followed his absurdly hot start during his first four games leading the No. 4 Buckeyes.

And instead, he’s keeping the focus on the areas where Haskins still sees room to improve.

“That was only my fourth game, and I feel like I can only get better,” Haskins said after practice on Tuesday. “I’m just going to keep executing, making minimal mistakes and I feel like I’m doing a great job of managing the offense, managing the downs and situation. I just want to keep getting better at that every week.

“I let my play speak for itself.”

At this point, the work Haskins is giving the Buckeyes is practically screaming. But unless somehow the highlight shows start popping up on Netflix, he’s not going to see any of the betting odds that now have him second on the Heisman Trophy or speculation on his NFL future. 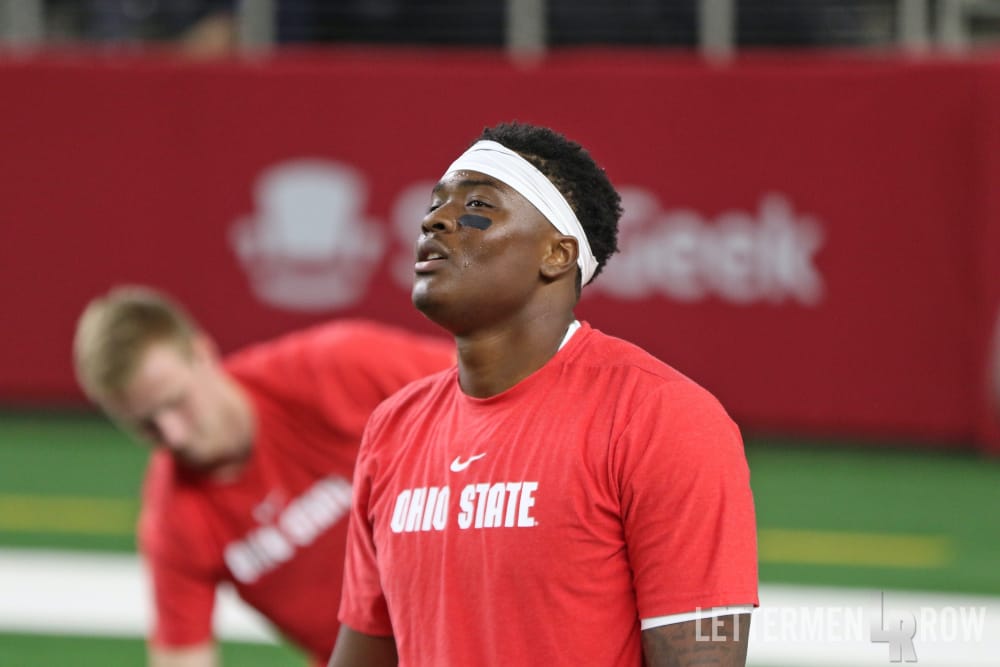 Ohio State quarterback Dwayne Haskins is in the thick of the Heisman Trophy race. (Birm/Lettermen Row)

All of that is now on the table after his record-breaking month for Ohio State, throwing for nearly 1,200 yards with 17 total touchdowns despite basically only playing for a half in three of the four games thus far. A big challenge is looming for Haskins and Ohio State on Saturday — and it figures to either end the award possibilities or kick his candidacy into overdrive.

“I think every time he plays, and I think all those great players in the NFL, they’re always going and they always want to be coached,” Ohio State co-offensive coordinator Kevin Wilson said. “He’s a tremendous practice player, and he’s getting better. I think you saw last year the way he played in a big situation on a big stage, he was ready to play well. When called upon, he’s answered the bell.

“He sees the field very, very well. He can make a lot of the throws. He’s very, very accurate. … If he went to the county fair, he’d win a lot of prizes.”

Ohio State met with the media after practice on Tuesday at the Woody Hayes Athletic Center. In addition to Dwayne Haskins, assistant coaches Alex Grinch and Kevin Wilson, offensive linemen Thayer Munford and Michael Jordan and linebackers Tuf Borland and Pete Werner all previewed the huge trip to Penn State on Saturday. Full video is available below or on the Lettermen Row YouTube channel.