Just like Ohio State’s chances of rallying down the stretch and winning the Big Ten, though, by no means can the quarterback be counted out of the race to win that stiff-arming statue quite yet.

Haskins figures to keep piling up record-setting numbers. The Buckeyes are going to keep scoring points. And if they can both put the loss to Purdue in the rear-view mirror, everything is still in reach both individually and collectively down the stretch.

“It’s hard to say I’ve ever seen a group of staff work as hard as we’ve worked so try to fix the issues, and it’s the same with our players.”

That starts with Haskins, who vowed immediately after the upset to Purdue to get back to work and come out after the off date playing like the best quarterback in America. 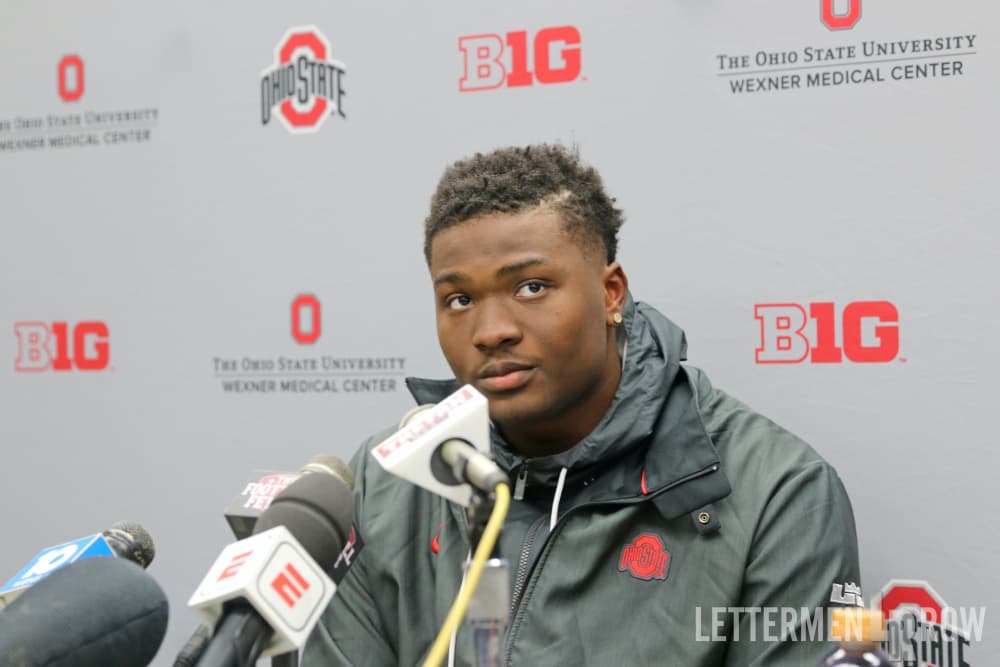 Ohio State quarterback Dwayne Haskins vowed to come back even stronger after the loss at Purdue. (Birm/Lettermen Row)

His performance so far this season obviously puts him on the short list for that honor, and it’s kept him among the betting favorites to win the Heisman even on the heels of a losing effort. It’s also starting to generate even more buzz about his NFL potential and just how early he might get drafted if Haskins chooses to forego the rest of his eligibility after this season.

Former Heisman winner and Ohio State standout Troy Smith returned to the Lettermen Row film lab to look at some of the NFL-caliber throws Haskins has been making, discuss what it’s like to face adversity when leading the Buckeyes and what he wants to see down the stretch. To catch up on all BuckIQ episodes, check out the Lettermen page right here or watch them on the Lettermen Row YouTube channel.