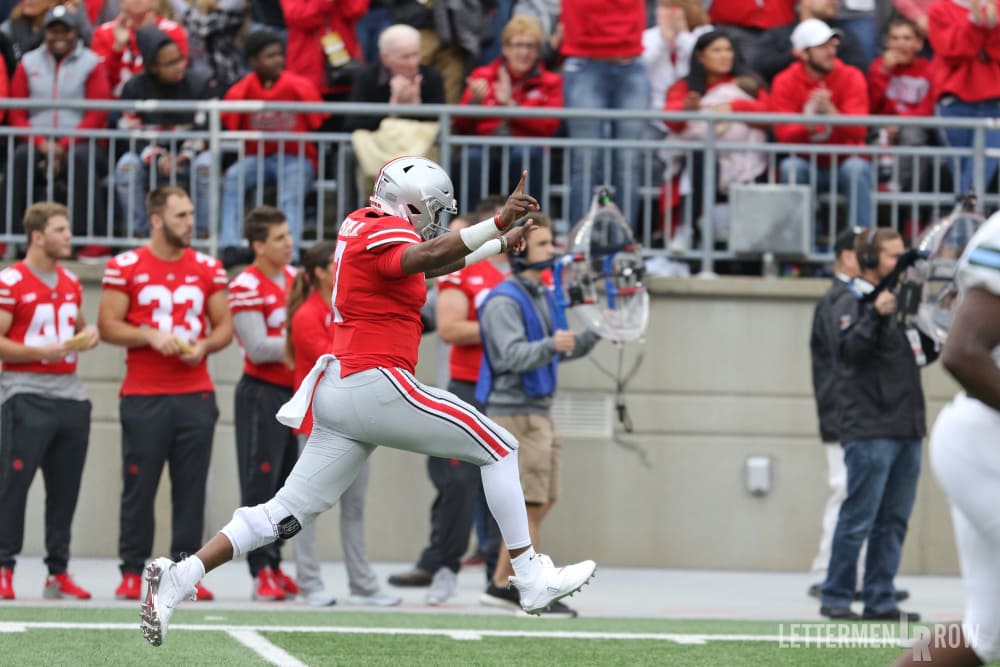 Dwayne Haskins has been rewriting the record books during his first month as a starter at Ohio State. (Birm/Lettermen Row)

COLUMBUS — Forget about the normal caveats. At this point, anything feels like it’s in play for Ohio State quarterback Dwayne Haskins.

At the rate he’s going, it’s starting to feel like Haskins is on track to be the greatest quarterback the Buckeyes have ever had — and they’ll only get him for one full season as a starter.

Is Haskins doing most of his damage against overmatched opponents? He sure is.

Are these conversations premature? Probably.

But the redshirt sophomore is also rewriting the record books seemingly every week at Ohio State, and he’s only needing to play for a half to do it. The only time he’s been asked to go the distance, he rallied the Buckeyes back from a second half-deficit away from home against a top-15 opponent.

Even if Haskins was throwing against air, it would still be difficult to come away unimpressed by the way he was flinging the football around in a 21-of-24, 304-yard, 5-touchdown performance in a 49-6 tuneup victory over Tulane on Saturday at Ohio Stadium.

“It’s so early, though, I hate to put him in those [conversations],” Ohio State coach Urban Meyer said. “I remember when I watched him throw at one of his workouts, either right before we signed him or right after we signed him, and you could see that he had that part of the game. That’s just a part of it. The command of everything, the way the players have responded to him, he’s playing very well.

“But it’s just Game Five, and this is a big one coming up.”

There’s no question that road trips to Penn State are the kind of games that matter more in the legacy-building, Heisman-chasing, championship-contending conversations. And Haskins will obviously be tested in a hostile environment and a top-notch opponent in what might be a matchup that determines the Big Ten East Division.

The evidence is mounting, though, that Haskins is putting together something truly special for the Buckeyes. And the line after just four starts is absurd enough even without factoring in how little he’s actually played. 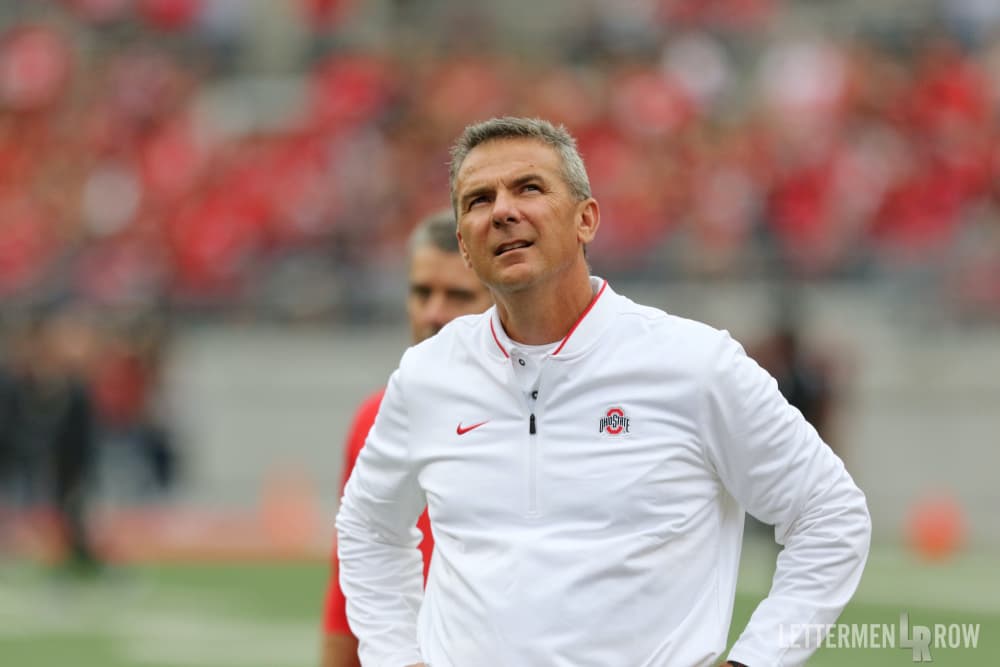 Seriously, look at the numbers: 87 completions in 115 attempts for 1,194 yards with 17 total touchdowns — and just one interception. Those are an insulting even to video-game defenses on the simplest degree of difficulty.

Look, Oregon State, Rutgers and Tulane aren’t anywhere near the level of the Buckeyes. Nobody is confused about that fact. But it’s clear from the throws he’s making at every level of the field that Haskins has allowed Meyer’s offense to evolve into the kind of all-purpose destructor that he’s always envisioned.

And it’s not just the arm strength or the ability to throw deep. It’s the accuracy, confidence and willingness to trust his receivers that is unlocking all this potential for the Buckeyes.

“It’s probably been better than I thought,” Haskins said. “I never put into an idea of what I could do, just wanted to go out and win games, play really great and be really proud of my surrounding people.

“Receivers, tight ends, offensive line, running backs — they’re doing a great job. … I just want to show how dangerous the offense is, and with me at the helm, there are a lot of plays to be made.”

That couldn’t be more clear after just four games with Haskins running the show.

Another huge test is coming, and it will be the biggest of his young career.

But it doesn’t take a string of elite opponents or a bigger sample size to see that Haskins and his right arm have put even the most outlandish accomplishments within reach.

Anything is possible for Ohio State and Dwayne Haskins.