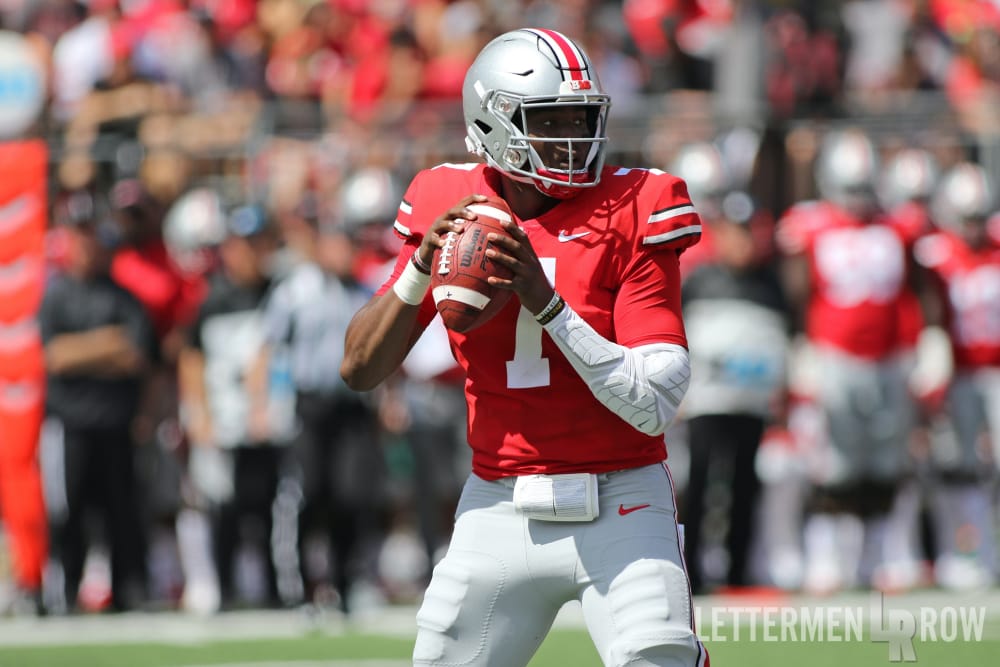 Dwayne Haskins opened a lot of eyes -- and the Buckeyes records book -- in the season opener against Oregon State. (Birm/Lettermen Row)

Dwayne Haskins didn’t wait long to put his name in the Ohio State record books and on Monday morning, the Big Ten rewarded him for his five touchdown, 313 yard performance. Haskins, the Buckeyes redshirt sophomore quarterback, was named the Big Ten’s Offensive Player of the Week after Ohio State’s dominating 77-31 win over Oregon State.

No Ohio State quarterback had ever thrown for more than 300 yards or thrown for five scores in their first start, yet Haskins did both against the Beavers.

The full list of Big Ten Players of the Week is below.

Continue Reading
You may also like...
Related Topics:Dwayne Haskins

Five Questions for Ohio State ahead of Big Ten opener against Rutgers
How will Urban Meyer’s return to practice impact Ohio State?
Advertisement