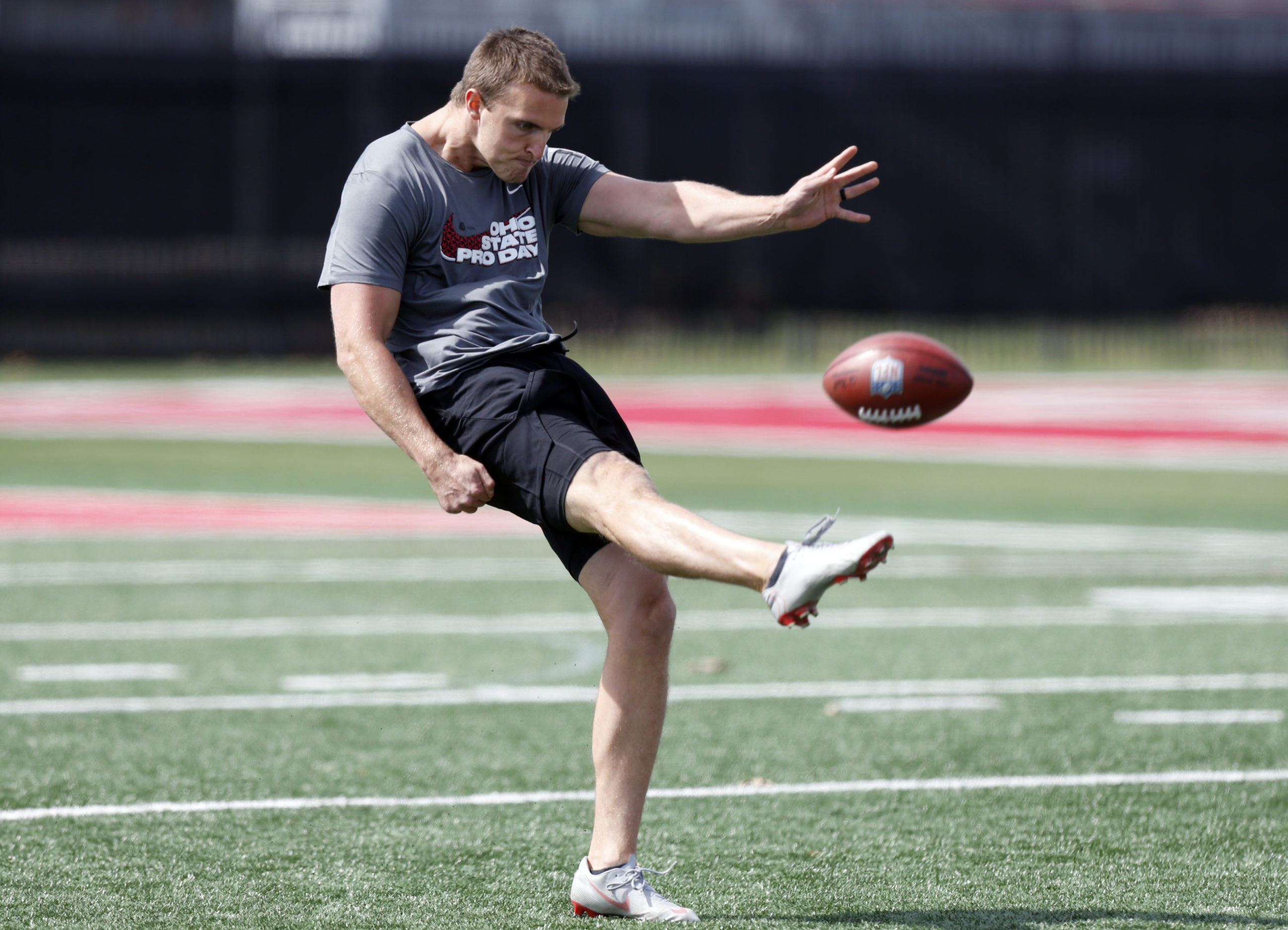 Drue Chrisman knows how hard it is to be drafted in the NFL as a punter. (Paul Vernon/AP Photo)

COLUMBUS — Drue Chrisman isn’t getting his hopes up.

The former Ohio State punter gave an honest assessment of his draft stock last week after his Pro Day — he just wants to hear his name called. Unlike every other position group in football, punters and kickers are rarely picked in high quantity in the NFL Draft due to a mix of salary-cap space and lack of need.

Only 20 punters have been drafted since 2010; Bryan Anger’s third-round selection in 2012 is the highest a punter has been taken in the last decade. Chrisman’s talent obviously helps his chances, and he’s at least on ESPN draft analyst Mel Kiper Jr.’s list of top 10 punters and kickers.

But Chrisman doesn’t feel any protection because of the list.

“There’s no guarantee,” he said. “I’m probably not even going to tune in the first day. That hasn’t happened for a long time. That’s the dream, to get drafted. Every year, though, it’s not a guaranteed. Sometimes not even a single punter gets drafted. I think last year we had a few, this year it’s looking good, just with the salary cap situation.”

For as much thought going into if he’ll be drafted, Chrisman’s field-flipping ability isn’t in question. So many of his career highlights can be boiled down to his trips to East Lansing. At Michigan State in 2018, he pinned six of his punts inside the Michigan State 20-yard line and became an overnight celebrity after being tabbed for a FOX postgame interview. He was even brought into Ohio State’s press conference before Dwayne Haskins.

This last fall in East Lansing, Chrisman downed two punts inside the 2-yard line and had a career-long 74-yard punt, the eighth-longest punt in Ohio State history. Across four seasons as the Buckeyes punter, he punted 185 times for an average of 44 yards.

He’s become a fan favorite off the field in Columbus, too. Although he doesn’t do it in-season, Chrisman’s become well know for his bottle flipping abilities — he once flipped 63 bottles in a minute. And he might be best know for faking a field goal and proposing to his girlfriend at halftime of the 2019 Ohio State spring game. 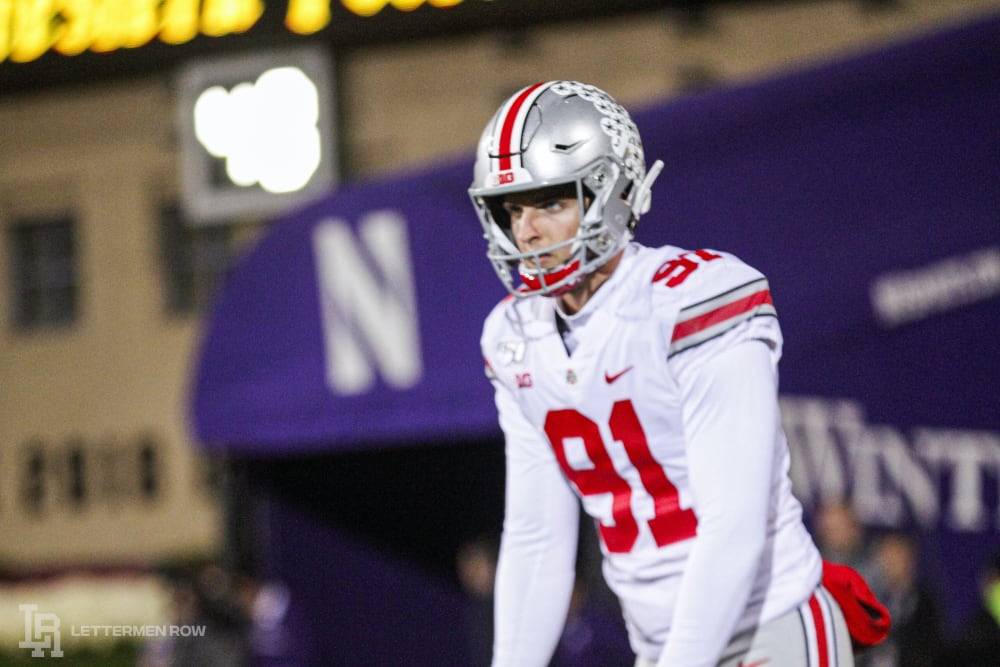 Last week’s Pro Day was all business, though. Throughout draft prep season, he’s been working with his old Ohio State strength coaches and a personal punting coach. Chrisman’s goal at Pro Day was to have his punt hang times in the 5-second range, which he accomplished with on a few kicks.

“You’re always trying to find that extra half second of hang time and another five yards on your ball,” he said. “I think both of those go into play when talking about that.

“It was pretty breezy out there, too. I was certainly trying cut through the wind as well, so still being able to hit that target mark and place it where I was wanting to with that hang time, I think I displayed pretty well today.

As strong of a career Chrisman had at Ohio State, he truly has no idea what his NFL career will look like. He could hear his name called in this month’s NFL Draft. Or he’ll be an unsigned free agent, headed into training camp forced to unseat a veteran.

Either way, he’s ready to take it on.

“Some team might be able to pull the trigger. I hope they do,” he said.