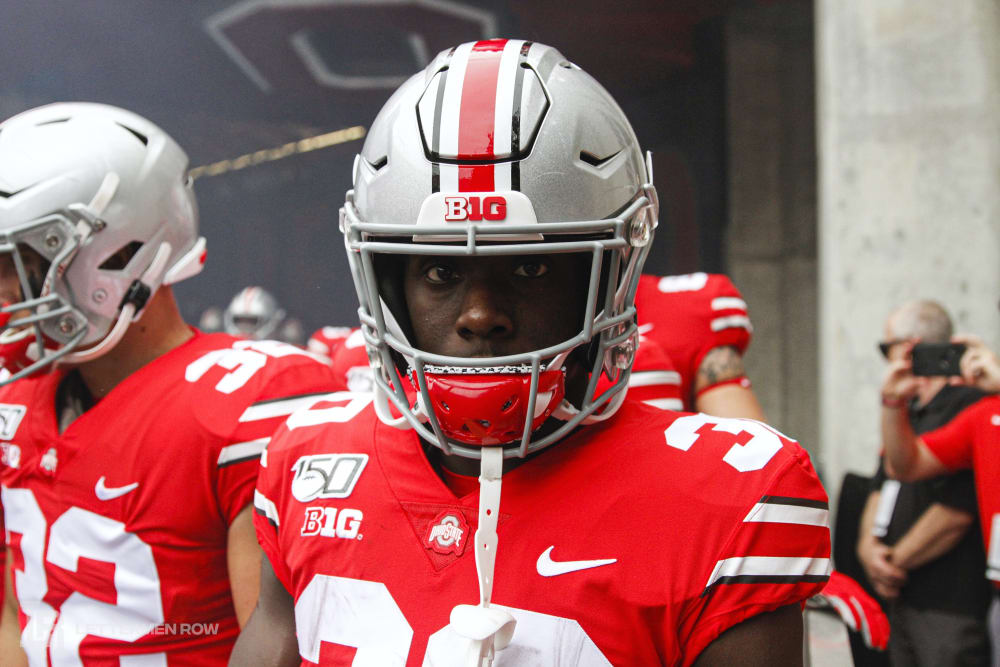 Ohio State running back Demario McCall is heading into his last season of eligibility. (Birm/Lettermen Row)

The speculation, debate and conversations about Ohio State never end, and Lettermen Row is always ready to dive into the discussions. All week long, senior writer Austin Ward will field topics about the Buckeyes submitted by readers and break down anything that’s on the minds of the Best Damn Fans in the Land. Have a question that needs to be tackled, like the one today about Ohio State and Demario McCall? Send it in right here — and check back daily for the answers.

Could this be the year Demario McCall could find some significant playing time at running back?

The true now-or-never moment has finally arrived for Demario McCall at Ohio State.

The versatile veteran could already hear the clock ticking heading into last season, but that one turned out just like the previous couple. The hype built during the preseason, he was poised to take on the backup role at tailback, the possibilities for him to change the game on special teams were right there — and again the Buckeyes wound up going another direction.

Part of this well-worn storyline for McCall’s career has been beyond his control thanks to injuries. Part of it has been on his shoulders thanks to ball-security issues. Some of it is just circumstance on a roster that has been absolutely loaded with elite weapons at the skill positions. And there’s also an element at play that suggests McCall just doesn’t fit the mold of what Ohio State is looking for at running back, which is why he has bounced around as a wide receiver and H-back option in the first place.

After four years in the program, there can be no doubt now that McCall is running out of time heading into spring camp. And even with Marcus Crowley likely on the shelf due to an undisclosed injury for those reps in March and April while the Buckeyes are working to find ways to fill the shoes of J.K. Dobbins, McCall has to be considered a long-shot among the contenders to find a consistent role in the backfield. 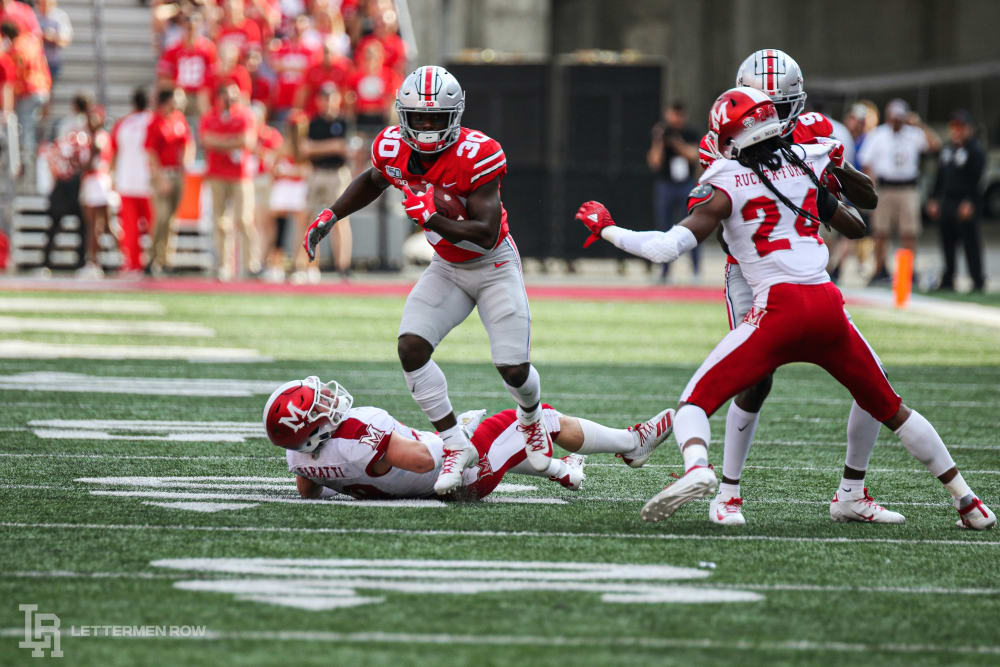 Ohio State senior Demario McCall is heading into his last spring with the program. (Birm/Lettermen Row)

Master Teague is clearly going to be at the top of the list. By training camp in August, Crowley figures to be ready to compete again after showing during his freshman campaign why Ohio State believed he was such an underrated recruit. There’s also optimism that Steele Chambers can step up after his redshirt campaign, and there’s a shot that Miyan Williams could hop into that mix when he arrives as well. Those are the options the Buckeyes tend to focus on in the tailback conversation, and that probably shouldn’t come as a surprise since McCall only had 8 carries in the last two months of the regular season — with seven coming after the third-stringer Crowley was injured in the fourth quarter of the Maryland blowout.

Could Ohio State come up with packages to feature McCall’s speed and elusiveness during his final year with the program? Of course. Would the Buckeyes continue to give him a look as a kickoff returner? Probably so, although that competition is going to get more heated with Jameson Williams and eventually Cameron Martinez looking for work — while Garrett Wilson is probably not giving up the punt return gig. But is this the season McCall flips the switch at tailback? That’s tougher to envision at this stage in his career.

There is obviously a critical opportunity waiting for Demario McCall in spring camp, and maybe he can start the hype train up all over again. The Buckeyes aren’t going to just write off anybody with his physical tools, but there is obviously no more time to waste.