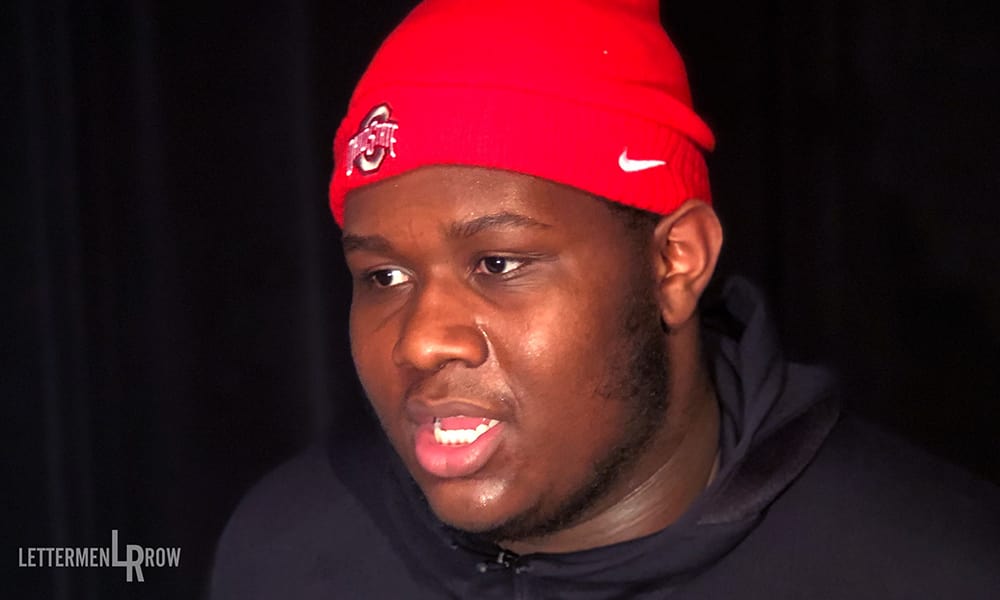 INDIANAPOLIS — Contact never was much of a problem for running back Delbert Mimms. Then Mimms barreled into teammate Dawand Jones.

A North Carolina State commitment who chewed through the opposition for more than 1,200 yards and 20 touchdowns in 2018, Mimms had a collision with his Ben Davis High School (Indianapolis) teammate Jones, he of 6-foot-8, 375-pound Game of Thrones dimensions.

“I remember it was an interception, and we were both running down the field, and we both got to him at the same time. And boy, I got hit by [Dawand] — and it was bad,” Mimms said Wednesday night, a few feet behind his former blocker. “It was something serious. Most definitely, it was the [hardest hit all year].”

Inside his school’s theater Wednesday night, Jones, an athletic but raw offensive tackle with a prodigious standing reach of 9 feet, 2 inches, delivered one more punishing block — this one to the recruiting efforts of both Penn State and USC, as well as Florida and Indiana, as Jones finalized his commitment to Ohio State.

“Coach [Ryan] Day has been wanting me ever since he got the job, honestly,” Jones told Lettermen Row after he publicly announced for the Buckeyes. “Me and Coach Day have a really good bond together.”

That connection has been crystallized in relatively short order; it was Jones’ late-fall trip to Columbus, after all, during which Jones first began to realize the gravitas of Ohio State.

“That atmosphere. When you rode through Ohio State, it just really felt nice up there,” Jones said. “And it gave you real good vibes and stuff. It really was a nice experience for me.”

Ben Davis coach Jason Simmons recalled Jones’ wonderment on that excursion to Columbus as the Buckeyes prepared for their grudge match against rival Michigan. 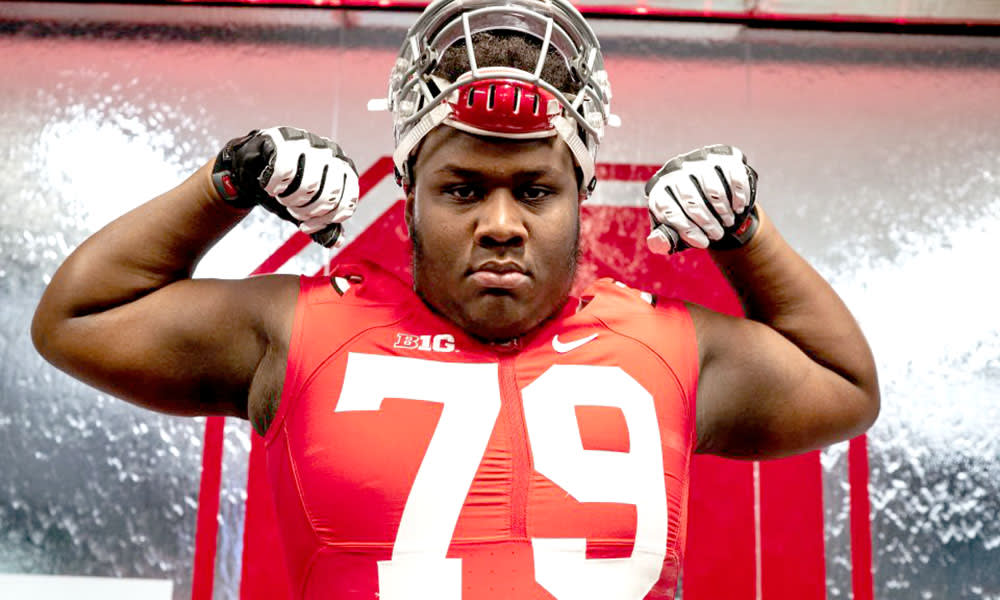 With authentic actions, Simmons explained, Jones saw first-hand as his questions were answered – both on the practice field and in the football classrooms by assistants Kevin Wilson and Greg Studrawa.

“That visit, for me, the conversations that we had while we were there were really specific to coaching styles. And you watch them coach, they’re coaching that week, getting ready for their biggest rival, those coaches can’t fake anything,” Simmons said. “It’s not a spring visit where the meeting room is different, practice is different. That’s not the case that week. He saw their coaches get after guys, saw their coaches coach hard. Saw them in meetings, saw how they responded.

“And so he had a good sense of what he was going into when he said yes to Coach Stud and Coach Wilson.”

Until that point, Jones’ mom had an idea her only child’s recruitment was headed for a warmer climate on the football field, if not the basketball hardwood at Kent State; she had welcomed the potential change of scenery to the West Coast.

“I was disappointed. I was beyond disappointed that he picked Ohio State,” said Deanna Jones, who noted her son was 8 pounds and 21 inches long at berth but exploded beyond a 6-foot-frame in sixth grade. “Anybody who knows me knows that I’m allergic to the cold. I’ve been wanting to get out of Indiana for at least five years now, so USC was at the top of his list for a really long time. And all of a sudden, he turned it on me and he picked Ohio State.

“But at the end of the day, this is my only child, none before him and none after him, this is his decision and this is what he chose to pick. Unfortunately, I’m going to be cold for another three or four or five years.”

Both Simmons on Wednesday night and Southern Cal staffers had believed Jones was going to be a Trojan had Jones elected to sign during December’s early signing period.

“[Competing for championships] meant a lot, and that really made it a big factor. You get to play against the best, every year and every week. I get to hopefully play here in the Big Ten Championship. ”

Odds are Jones will be back there. And Ohio State has one more win in Indy under its belt now.