COLUMBUS — Standing in front of his Rose Bowl locker with a big smile on his face, Davon Hamilton tried to downplay his role in another Ohio State win.

After all, the defensive tackle was only officially credited with one tackle for loss. So despite continuing to show against Washington how disruptive he can be for the Buckeyes with unnatural athleticism for a man his size, Hamilton was already looking ahead instead of celebrating another productive outing in a limited role.

There might be good reason for that, because the best is clearly still ahead of the fifth-year senior who is poised to become a regular for the Rushmen and a potential breakout star for Ohio State this season.

“I wouldn’t say that [was my best],” Hamilton said with a smile. “To me, no, this wasn’t a surprise. I knew what I had to do, and if I want to get to my goals and to where I want to be at as a career, I knew I had to play better. It’s all about taking advantage of the opportunities at hand. It always feels good to be out there helping out the team and making plays.

“I would definitely say there is more to come.” 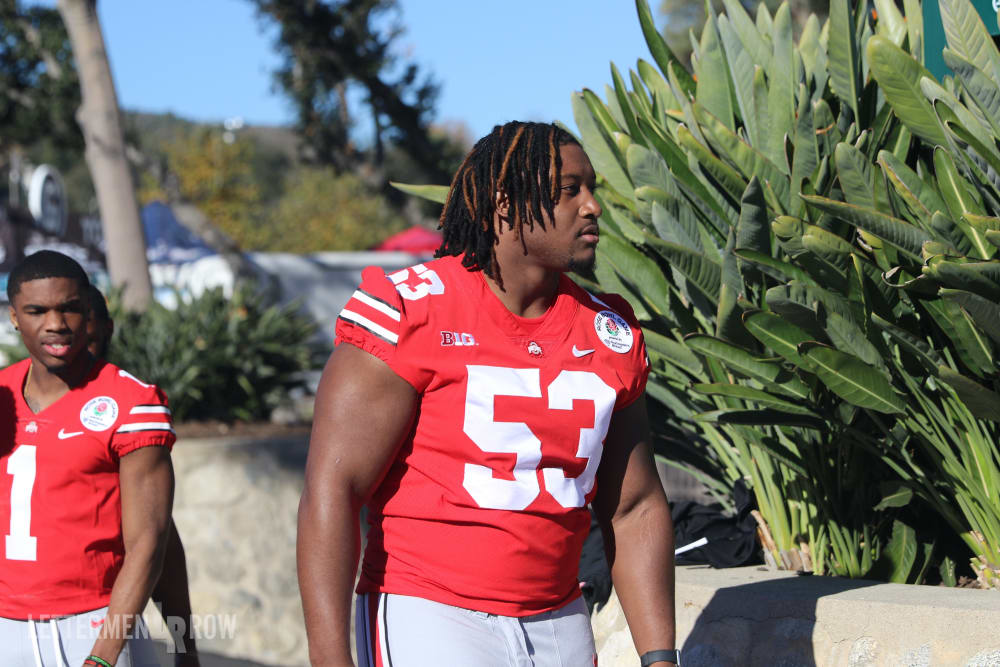 The signs of progress that were there throughout the season when Hamilton got chances a year ago started flashing in neon in the Rose Bowl. And since New Year’s Day, his name has been one of the most frequently mentioned by Ohio State teammates as a player to watch heading into training camp next week.

And while that defensive line unit is already loaded with talent and the expectations are soaring for guys like Chase Young, Jonathon Cooper, Tyreke Smith and a handful of rising young guys at defensive tackle, Hamilton appears to have methodically built himself into somebody with true difference-making potential up front.

What makes Davon Hamilton a possible force for Ohio State in the trenches? How has Larry Johnson helped mold him into somebody who can thrive on the interior of the defensive line? What are reasonable expectations for the 6-foot-4, 310-pound veteran? Former Ohio State standout Tracy Sprinkle was back in the Lettermen Row film lab breaking it all down in the latest episode of BuckIQ.