DaVon Hamilton is having a massive season for the Buckeyes. (Birm/Lettermen Row)

In fact, the fifth-year senior has cared so little about anything other than his own game that he waited all the way until the final month of his last regular season on campus before pointing out his name was spelled wrong on the program’s roster. Some teammates still even pronounce his name wrong.

It would be tough to find an All-America candidate or potential first-round draft pick anywhere in the country who has spent so long in relative anonymity. And while Hamilton still shuns the attention as much as possible, the way the defensive tackle is performing for the No. 2 Buckeyes is certainly making sure the world knows his name now.

“I mean, there’s a lot of people [that would need correcting] on a daily basis,” Hamilton joked last week. “I’m just trying to do my job as best as possible. The big thing I was trying to do at the beginning of the season was to be consistent. I feel like a lot of teams are wanting to look for that, and it’s just going to help my team out for my part.

“That’s just what I’ve been focused on.” 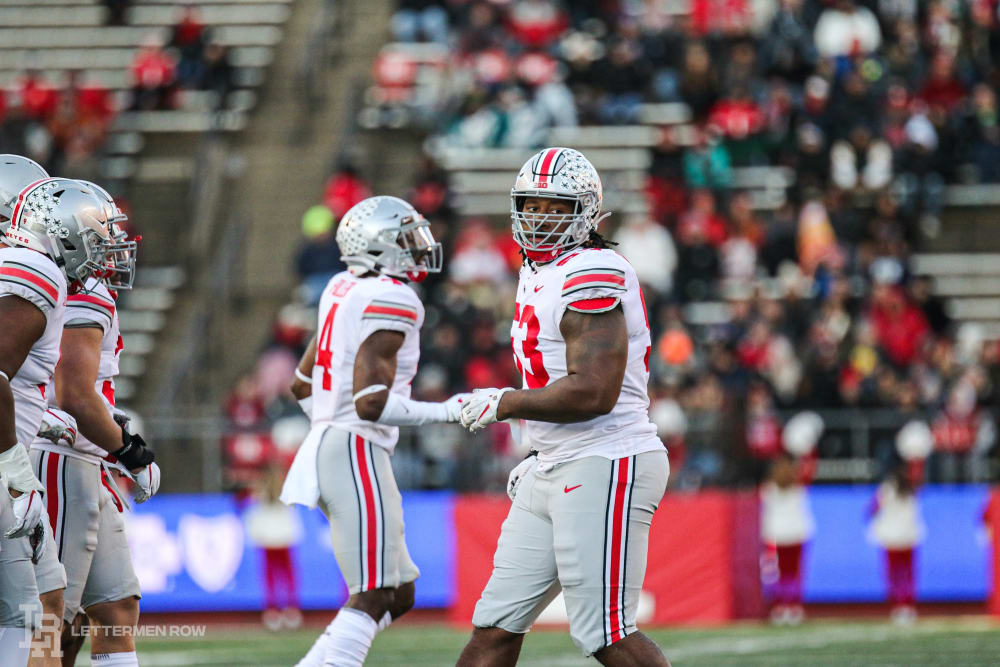 Ohio State defensive tackle DaVon Hamilton is emerging into a star for the Buckeyes. (Birm/Lettermen Row)

Clearly that approach has worked for the big, athletic force in the middle of the Ohio State defensive line. After adding another sack in the win last weekend at Rutgers, Hamilton is the only Ohio State player who has graded out as champion in every game this season — a remarkable tribute to his steady development into one of the most impactful performers on a roster that might be the most loaded in the country.

While much of the attention tends to focus on superstars like pass-rusher Chase Young or cornerback Jeff Okudah for the Silver Bullets, Hamilton has just quietly gone about his business on the inside of the line. But with four sacks in the last three games, it’s becoming almost impossible to ignore him heading into the biggest games of the season — and the folks that hand out individual awards should probably take note of that correct way to spell his name.

What has allowed DaVon Hamilton to flourish on the Ohio State defensive line as a senior? How is continuing to expand his game and wreck opposing game plans? Can Hamilton still get even better down the stretch? Former Ohio State captain Zach Boren was in the Lettermen Row film lab breaking down the recent surge from the defensive tackle and trying to answer those questions in the latest episode of BuckIQ.