COLUMBUS — Damon Arnette only needed one healthy wrist to accomplish just about everything he wanted in his final season at Ohio State.

He was able to snag an interception and return it for a touchdown. The Ohio State cornerback undoubtedly boosted his draft stock while showing shutdown coverage skills and a willingness to make physical tackles. He erased the bad memories and skepticism about his importance to the Buckeyes, claiming second-team All-Big Ten honors in the process.

And while he didn’t close out his career with a national title, Arnette’s impact for the three-time defending conference champions was undeniable. Now he gets to dive into his NFL Draft preparations without a cast slowing him down, which should make him even more appealing for scouts and general managers after everything he proved with one on all last season.

“I think it’s really commendable what he’s been able to do,” fellow cornerback Jeff Okudah said late in the season. “He’s been playing with a lot of pain, but he’s putting the team before himself. He’s been in a lot of pain this year, and I think for him to go out there and have his best season yet with those circumstances is crazy. 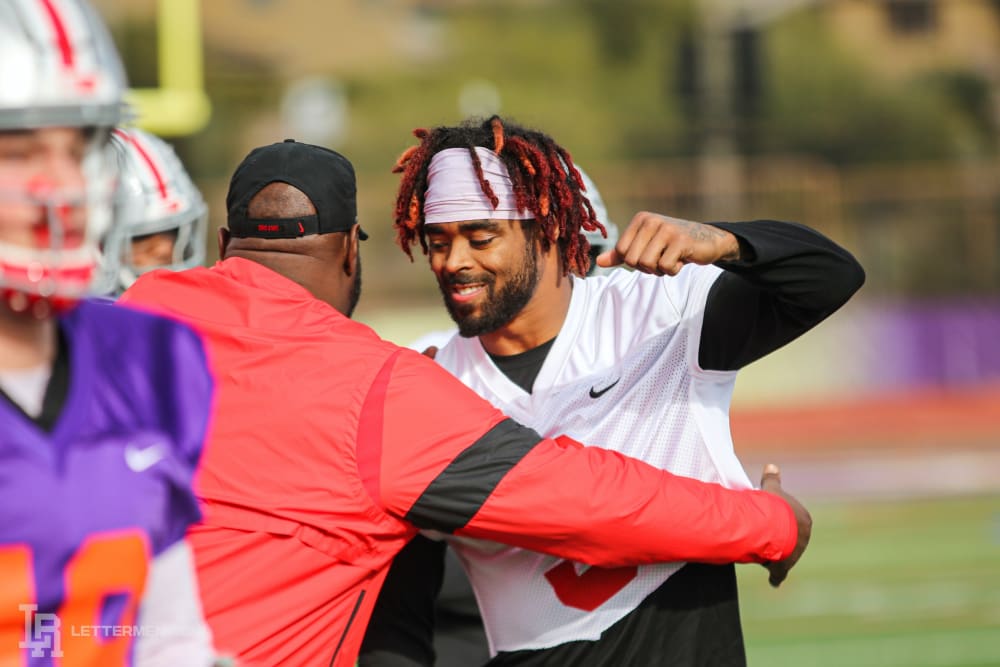 “It’s just a testament to the Brotherhood … and he kind of sets the mentality for the defense — really even the whole team. Without him, I think we’d be a completely different team.”

Arnette has joked often that he didn’t want to miss out on all those experiences with the Buckeyes, which he nearly did when he was effectively out the door at this time a year ago and willing to take his chances at the next level. The veteran defensive back surely would have been drafted after his redshirt-junior season, but it certainly wouldn’t have been as early as it figures to be now thanks to his productive final year with the program.

Just imagine what he could have done with two healthy wrists.

What made the final season with the Buckeyes such a success for Damon Arnette? How will the cornerback remember his career with Ohio State as he moves on to the NFL? What does he expect as he prepares for the draft? With his career at Ohio State now complete, Damon Arnette joined Lettermen Row in the film lab to break down a few highlights and reflect on his accomplishments with the program in the latest episode of BuckIQ.