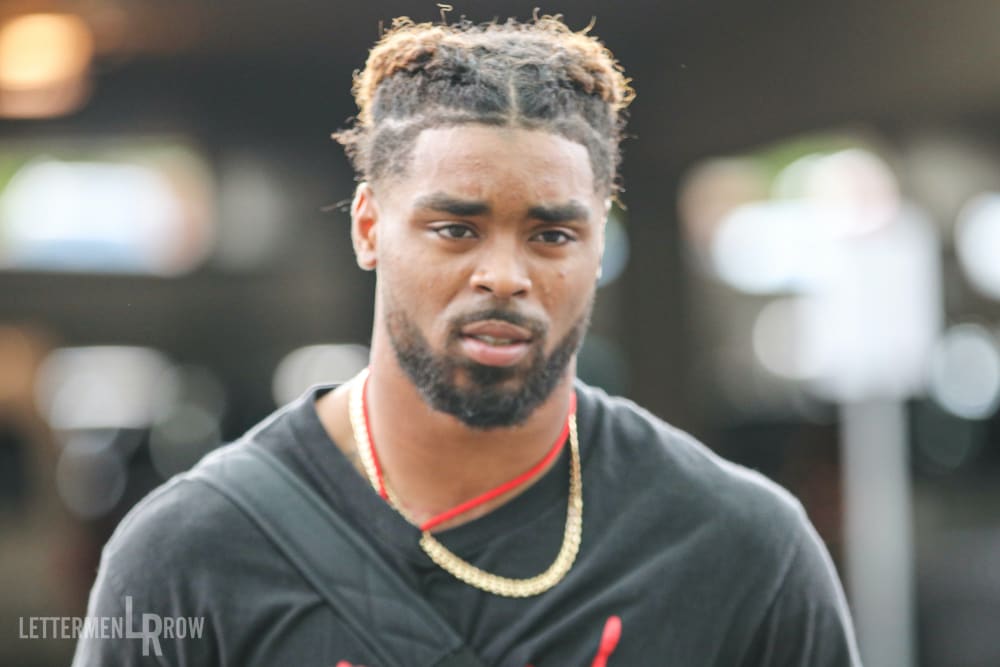 Ohio State cornerback Damon Arnette returned to the Buckeyes with a lot to prove. (Birm/Lettermen Row)

Occasionally the Ohio State cornerback would read the unsolicited, negative feedback about his game and nod his head in agreement. He didn’t always have an argument against them, even if for the most part he filtered out the social-media floggings since so few people could ever relate to the position he was in, the responsibilities he had and the pressure he faced in the secondary.

What really stung Arnette, though, was the truth.

And when it came from those he trusted with his future, that was the wakeup call the fifth-year senior really needed and the dose of sobering reality that ultimately led him back to the Buckeyes for another season.

“Cris Carter, he has known me since I was like a baby,” Arnette said. “Our relationship is different, and he saw me at the Rose Bowl and I guess my dad told him that I was leaving. He just looked at me and was like, ‘You’re not even going to ask me my opinion?’ I knew what he was going to say, and I wasn’t trying to hear it from nobody. I just looked at him, smiled and walked away.

“When I was getting on the plane to go back to Columbus from Dallas, he called me and just went off. He was like, ‘You’re not an All-American. You’re not this, that and the third.’ Everything he was saying cut deep, but it was true. When something cuts deep and it’s true, you’ve got to evaluate what they’re saying. He wasn’t the only person to say something, and when somebody isn’t the only one saying something, there’s got to be some truth.”

The fact that Arnette was flying back from Texas and not California was a subtle reminder that he hadn’t just cracked the door open to leave the Buckeyes. He had kicked it open, walked through it and started looking for apartments to train for the NFL Draft.

Even after all his ups and downs during his career so far at Ohio State, Arnette probably would have been selected thanks to his pro-ready frame, impressive athleticism and enough potential that a coach at the next level would have jumped at the chance to develop him. It just so happened that an NFL assistant with experience coaching cornerbacks was also on the way to Columbus, and it was another no-punches-pulled conversation with Jeff Hafley that helped push Arnette’s decision to return over the edge.

“Having the thoughts of leaving, the question was: Was I the best player I know I can be? Did I leave everything out there? Do I regret anything?” Arnette said. “I couldn’t check all of those boxes.

“Then I was like: Can you live with that? I realized I couldn’t. I feel like I’m not doing Buckeye Nation and my teammates a service if I left on that note last year. So, that was really a lot of the decision. That was really what I was going back and forth with, and after talking with Coach Hafley, I was like, ‘Yeah, I’m going to come back.'”

Make no mistake: The Buckeyes are thrilled to have him back, and that unexpected return could wind up being a significant part of the rebuilding process for a defense coming off the worst statistical season in school history. 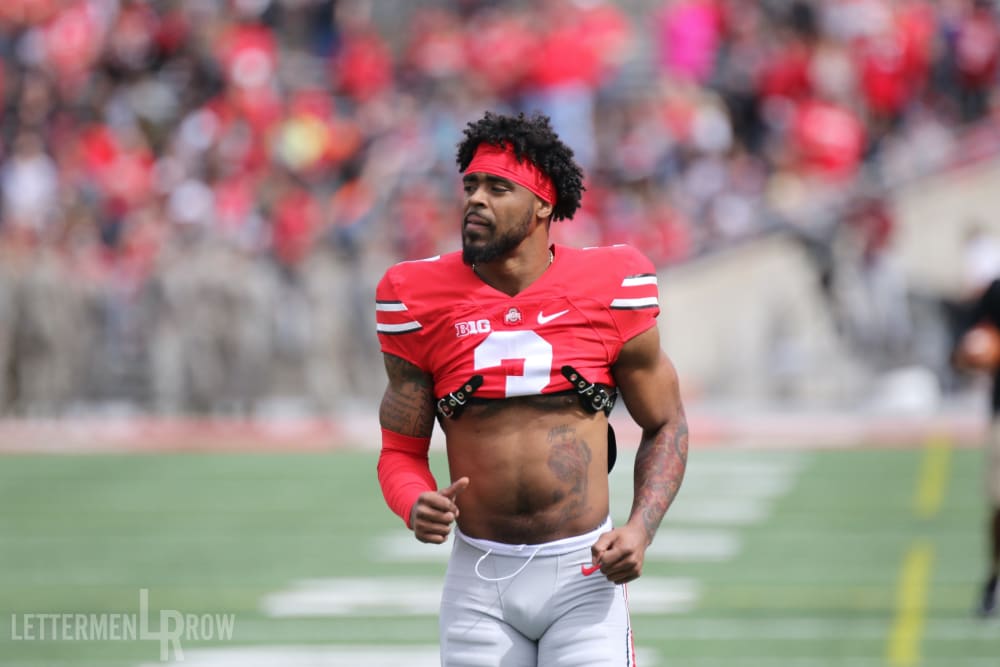 Ohio State cornerback Damon Arnette has the potential to be a star in the Buckeyes secondary. (Birm/Lettermen Row)

Was Arnette part of the problem? He was on the field, so of course he shoulders some of the blame. He hasn’t hid from that fact. But there is also some context missing any time the finger is pointed at him, starting with the breakdowns on the old defensive staff, issues with the scheme and the fact that Ohio State clearly missed Kerry Coombs after the decorated position coach jumped to the NFL.

Hafley has provided a jolt of energy for the Buckeyes in the secondary. And nowhere is that more evident than with the complete turnaround of Arnette — a process that has changed everything from his practice approach to his grades.

“He also had to do a bunch of work this spring,” Ohio State coach Ryan Day said. “Truth be told, he had a lot of work to do, and he dug himself out of that hole and got a whole bunch of credits this spring, had to get a few classes this summer and he just graduated [Sunday]. So I’m really proud of where he is.

“This is one of those stories that I hope we’re saying at this time next year about how he dug himself out of a hole academically, came around and had a really great senior year because I’m proud of where he’s at.”

There is still work left to do. Arnette still hasn’t played a game since that Rose Bowl, so he hasn’t had a chance to truly validate his decision and start erasing some of the negative memories about his career.

The signs are there, though, that the next batch of direct messages sent his way will be positive instead of including suggestions that he go back to high school and pick a different sport. 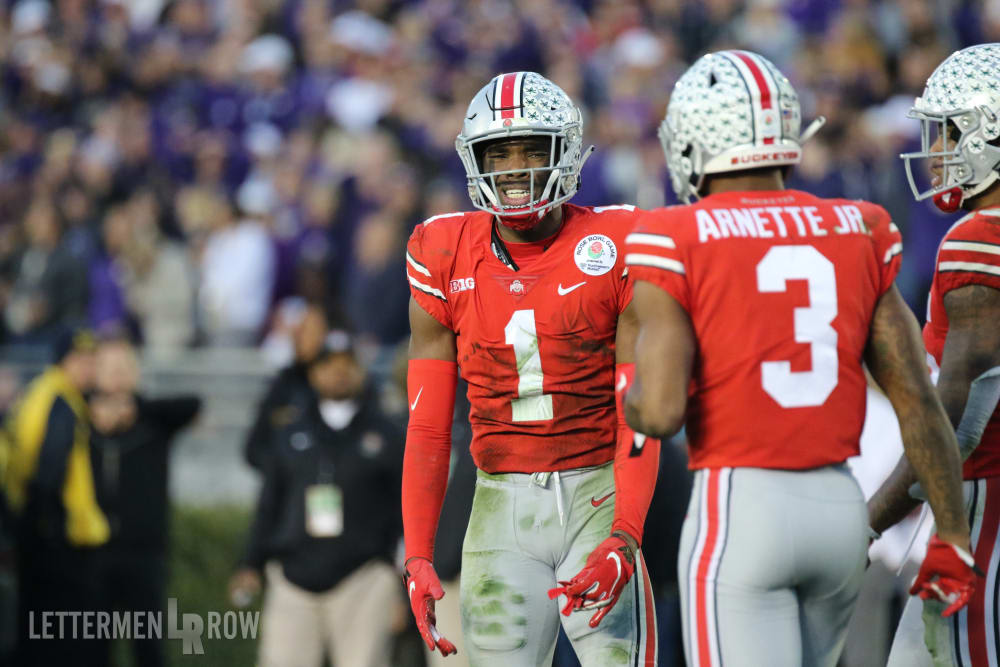 “I think that’s what he set out to do, and I fully expect that he can accomplish it.”

It helps to have a clear mission. Some fresh perspective on his career has been a boost as well. It also doesn’t hurt that Arnette will be playing alongside a budding star like Okudah.

Throw in a new coach plus easy access to motivational fuel and Arnette should have everything he needs to finally maximize his potential.

“I mean, it definitely hit my pride a little bit,” Arnette said. “Me knowing what I can do, me knowing what I’ve shown and then they spitting facts back into my face — it was really a reality check.

“That’s why I’m using this whole year to go get everything I’ve left out there.”

And in the process, Damon Arnette has a chance to rewrite his legacy at Ohio State.

Continue Reading
You may also like...
Related Topics:Featured, Damon Arnette