COLUMBUS — The flashes have always been there, teases at what Damon Arnette could become in the Ohio State secondary.

The inconsistency has been clear to see, too. And that has certainly been maddening at times for the Buckeyes when the penalty flags fly or he hasn’t been able to make plays in coverage that he’s more than capable of producing.

But Ohio State is better with Arnette than without him, and his decision to return for another season instead of entering the NFL Draft was a major offseason victory. If the fifth-year senior hasn’t yet reached his true potential, there’s no reason he still can’t do it with one last year in the program and a new coach with a proven track record of developing cornerbacks. 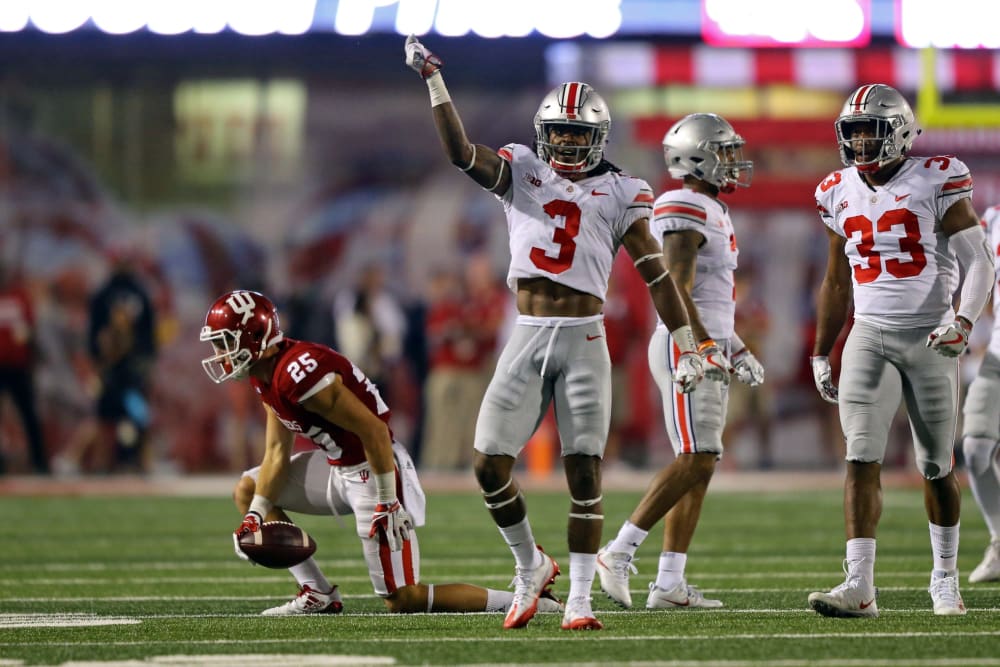 If the Buckeyes can keep getting nothing but the upside from Arnette, they could easily unleash one of the best defensive backfields in the country again. His veteran presence as a leader, his experience in meaningful games and the athleticism that has always been plain to see should set the table for him to leave the program on a high note. It should only help that Hafley brings some new ideas, techniques and schemes for the Buckeyes — and that a loaded depth chart will ensure that Arnette can’t relax and assume his starting job is already secure.

At his best, though, Damon Arnette can be a true asset for the Buckeyes. What is it going to take for him to take that next step and become an elite cornerback? What are realistic expectations for him heading into his final season with Ohio State? How often might he get his hands on the football? Former Ohio State and NFL defensive back Chimdi Chekwa was back in the Lettermen Row film lab breaking down the film to find some answers in the latest episode of BuckIQ.

BuckIQ: Why Damon Arnette remains so important to Ohio State
Watch this video on YouTube.