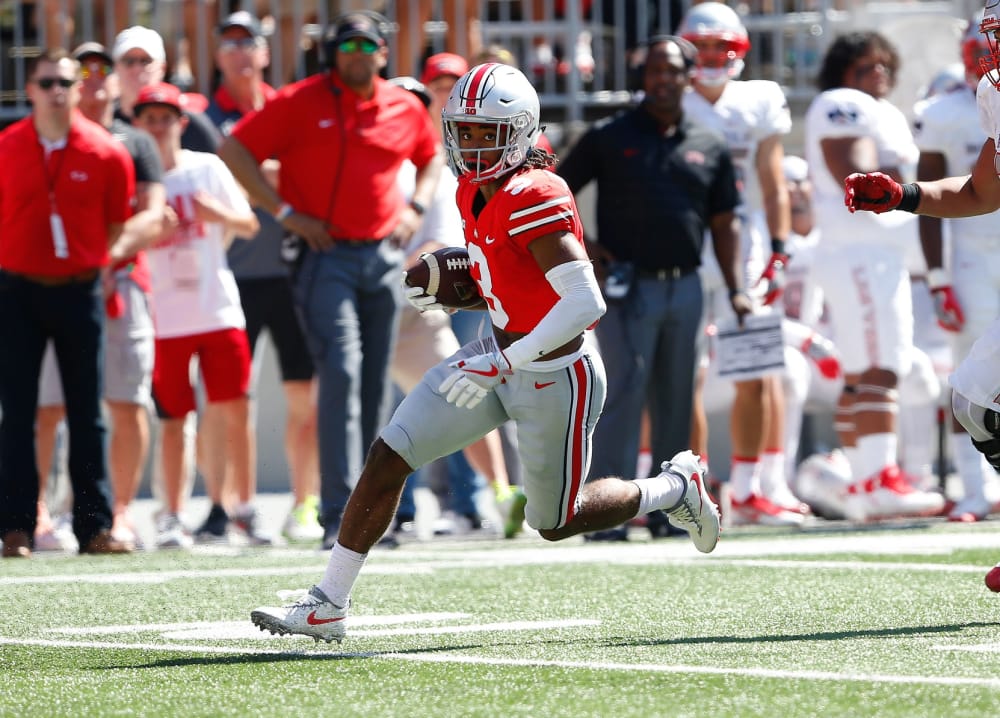 The speculation, debate and conversations about Ohio State never end, and Lettermen Row is always ready to dive into the discussions. All week long, senior writer Austin Ward will field topics on the Buckeyes submitted by readers and break down anything that’s on the minds of the Best Damn Fans in the Land. Have a question that needs to be tackled, like the one today on Damon Arnette? Send it in right here — and check back daily for the answers.

What player do you think will have one aspect of their game improved drastically from last year? Example being Mike Weber’s speed year 2 compared to year 1

Whether it’s the justifiable excitement about all the elite recruits waiting to be developed at the Ohio State Professional Cornerback Factory or simply because some memories of him getting beat earlier in his career haven’t been fully erased yet, Damon Arnette never seems to get the credit he deserves as one of the most important returning starters on the team. In fact, at times it feels like there’s an expectation that the redshirt junior won’t be in the rotation at all or that he’s in the doghouse after having his jersey changed to No. 46. Even somebody who has defended the defensive back as frequently as I have can still be accused of overlooking Arnette by anointing Kendall Sheffield as the program’s best chance to keep the ridiculous streak of first-round draft picks alive.

But make no mistake: Arnette remains a vitally important piece of the puzzle for the Buckeyes. He’s not going to be giving up his spot in the lineup, and with another year to improve his technique in coverage and get his head around when in advantaged positions the way Ohio State teaches it, Arnette should get his hands on the football more frequently. 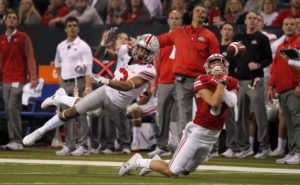 Damon Arnette will once again be a key figure in the Ohio State secondary. (Mark Hoffman/USA TODAY Sports)

Arnette has been criticized in the past for what has been perceived to be a lack of awareness of passes thrown his way. And while there may have been some problems with that when he was just getting started in his career, the coaching staff has rarely had any issue with the way he’s performed in that regard. If a cornerback isn’t properly in phase with his coverage, there’s no opportunity for him to even try to locate the ball without just turning back around to watch a touchdown celebration. Can Arnette still improve fundamentally with the rest of his responsibilities? Of course, and another year of development should only help with that, since there’s really no doubting the physical tools he brings to the position.

The excitement about the potential of Jeffrey Okudah or Shaun Wade at cornerback is justified, and another touted recruit in Tyreke Johnson just had his black stripe removed this week to add even more hype to the unit. But Arnette has already proven he can more than hold his own as a cornerback at the highest level, and he should only be more comfortable now and in better spots to grab some interceptions heading into this season.

So, don’t forget about Damon Arnette. And don’t rule him out as a possible draft pick by next spring.