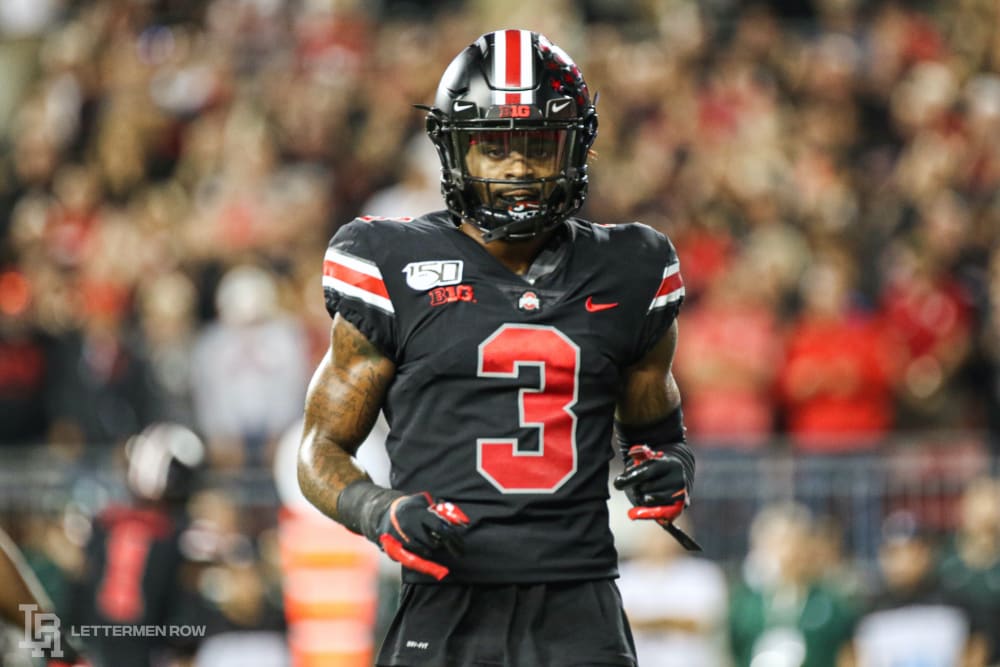 The speculation, debate and conversations about Ohio State never end, and Lettermen Row is always ready to dive into the discussions. All week long, senior writer Austin Ward will field topics about the Buckeyes submitted by readers and break down anything that’s on the minds of the Best Damn Fans in the Land. Have a question that needs to be tackled, like the one today about the Ohio State and the rise of Damon Arnette? Send it in right here — and check back daily for the answers.

What’s up with Damon Arnette? He was playing great in the first half, running his mouth but playing lights out. Second half he’s in street clothes. He’s been playing with the cast all year and I didn’t see anything during the game where he got hurt.

The work obviously isn’t done yet for Damon Arnette. But for somebody who made it well known that he came back to Ohio State to rewrite his legacy, it’s clear that he’s well on his way to accomplishing that goal.

One year ago Arnette was coming in for heavy criticism and receiving messages that he shouldn’t even be on the field for the Buckeyes. Now when the senior cornerback misses some action, his absence is immediately noticed and people rightfully wonder where he went.

For the record, sources indicated to Lettermen Row that Arnette was held out in the second half against Michigan State as a precautionary measure. Ohio State doesn’t disclose specifics when it comes to injuries, so it’s unclear if the issue was tied to the wrist issue that has forced him to play with a cast during the first half of the season.

But either way, Arnette is expected to be back for the stretch run. Considering the way he’s been performing in the Ohio State secondary, the program should be growing more thankful with every game that Arnette decided to put off the NFL Draft and come back to prove to both himself and his doubters that he was capable of being a game-changer for the program. 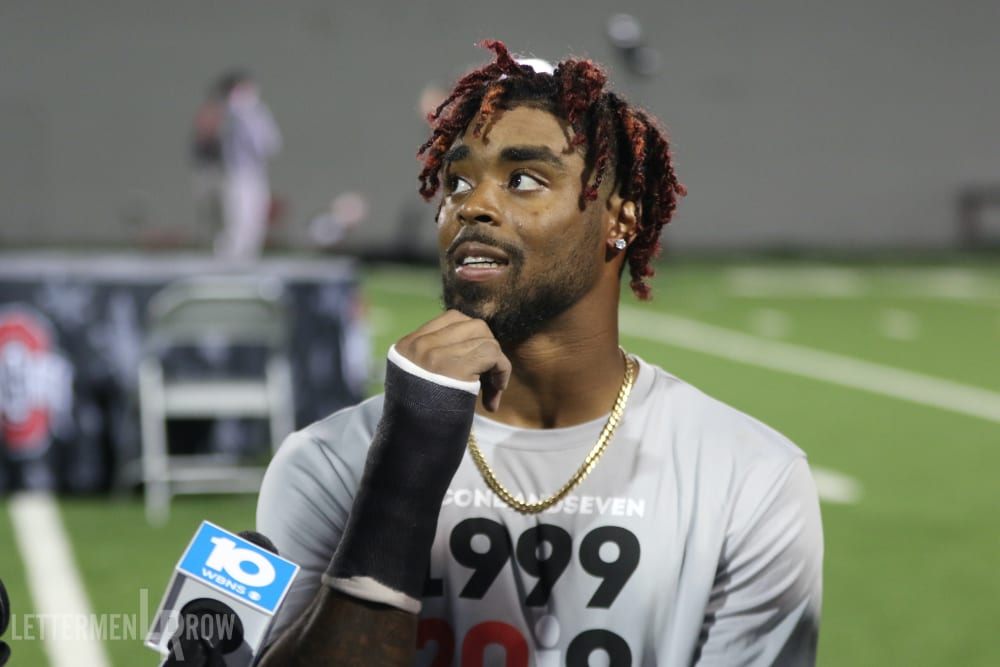 Ohio State cornerback Damon Arnette has played all season with a cast on his right wrist. (Birm/Lettermen Row)

And, of course, the never-bashful Arnette will continue to let opposing wide receivers hear all about his surging success.

“They just have to keep watching,” Arnette said recently. “Keep watching, and I really don’t want to say anything [more].

“After the [Indiana] game, I was just like: All right, this is the start now. Everything that is happening now, I saw that happening when I decided to come back to school. Y’all are just seeing it right now. And your eyes are going to keep on getting bigger, because we’ve got some more stuff to do, for real.”

The spotlight is obviously still shining brighter on fellow defensive backs Jeff Okudah and Jordan Fuller. Chase Young is undoubtedly the headliner for the Buckeyes. And plenty of credit for the turnaround of the Silver Bullets has gone to the dramatic improvement of the linebackers.

But don’t overlook the importance of Arnette for Ohio State in that effort as he’s rededicated himself both on and off the field to make sure he could leave on the right note. His length, athleticism and self-confidence have combined with the fundamental instruction and new schemes from co-defensive coordinator Jeff Hafley, clicking everything into place for Arnette and finally allowing him to consistently deliver at the kind of level the Buckeyes expected from him.

The biggest compliment of all for Damon Arnette right now, though? Ohio State misses him when he’s gone.

Lettermen Live: Ohio State in championship form heading into second half
Watch this video on YouTube.