Connect with us
Ohio State linebacker Dallas Gant is poised to take on a big role for the Buckeyes. (Birm/Lettermen Row)

COLUMBUS — The call was only temporary, but Dallas Gant was ready.

The Ohio State linebacker had been waiting years for the chance to step into the rotation during critical moments, to have an opportunity to do more than contribute on special teams and a shot to show what he could really do.

He delivered against Michigan State, validating that all that patient work developing on the bench for the Buckeyes was paying off for his career. Of course, a regular role was still short-lived once the unit was fully healthy — but Gant’s reps when they really counted have set the stage for what finally should be an expanded workload heading into his senior campaign.

“I’d be a liar to say they’re probably not frustrated [with waiting], because I would be, too,” fellow linebacker Baron Browning said last season. “But I just feel like everybody has the understanding they just have to pay their dues. Even some of the upperclassmen, myself included, went through it.

“And I feel like everybody is kind of using it as the opportunity to keep getting better, so when it is their time and their number is called — you know, we talk about competitive excellence in our program — they’ll be ready.” 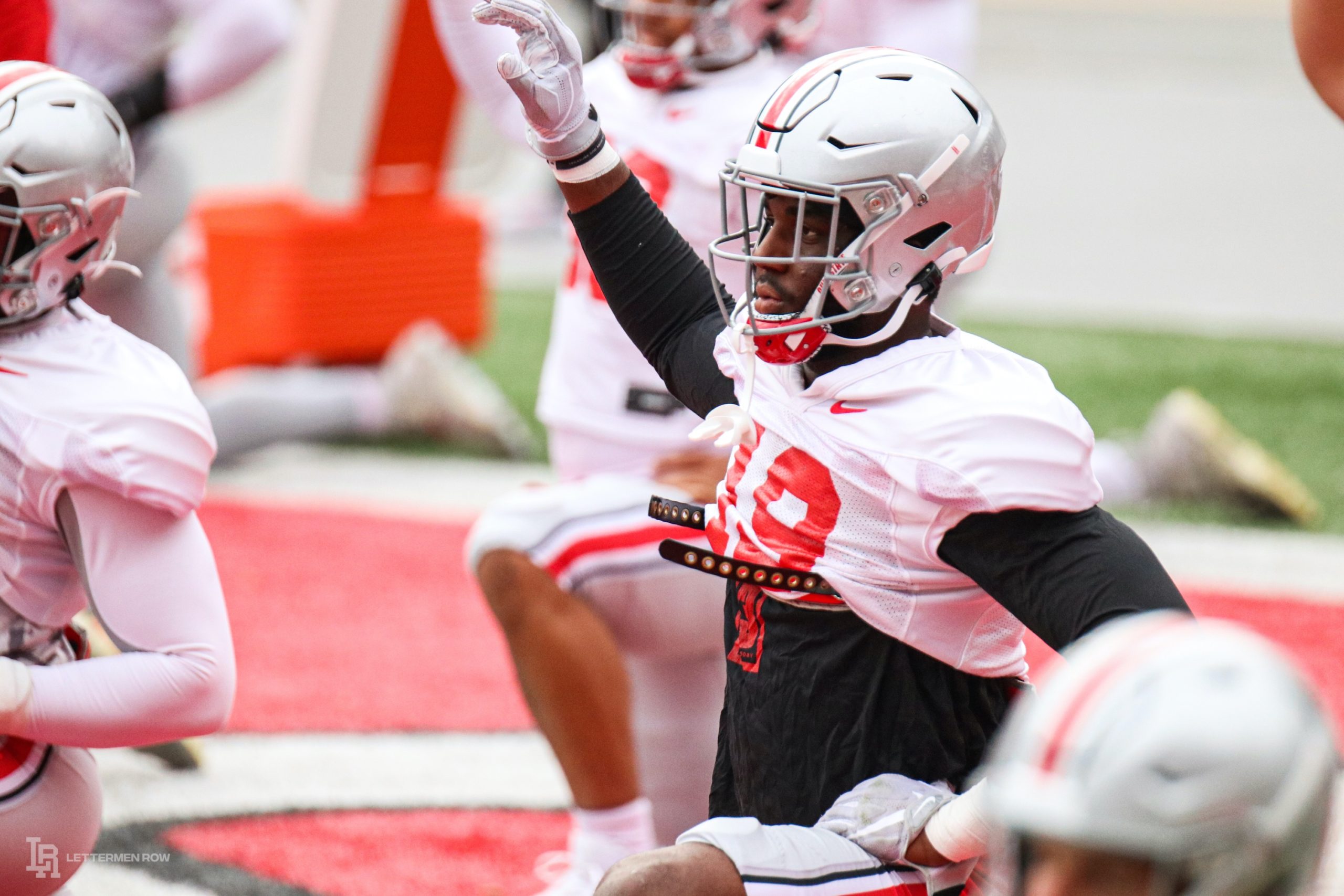 Ohio State linebacker Dallas Gant is next in line for the Buckeyes. (Birm/Lettermen Row)

Gant has certainly had plenty of time to prepare for that call, and the way he answered is an encouraging sign for the Silver Bullets as they try to replace the four seniors who were blocking the path to playing time for him and guys like Teradja Mitchell or K’Vaughan Pope.

All told, Gant chipped in 17 tackles with a pass breakup, tackles for loss, forced fumble and a recovery during the run to the championship game for the Buckeyes. But five of those takedowns came against the Spartans when Ohio State was missing a starter and turned to Gant to help fill the void, which he did in what became another blowout win on the way to another Big Ten title.

If the Buckeyes are going to defend that crown, Dallas Gant is going to have to step up again. This time it figures to be for much more than one game off the bench.

What makes Dallas Gant key to the offseason reloading at linebacker for Ohio State? How can the senior take the next step in his development for the Buckeyes? Where is there still room for improvement with the Silver Bullets? Former Ohio State linebacker and soon-to-be NFL Draft pick Pete Werner popped in some highlights of his former teammate and answered those questions in the latest episode of BuckIQ.