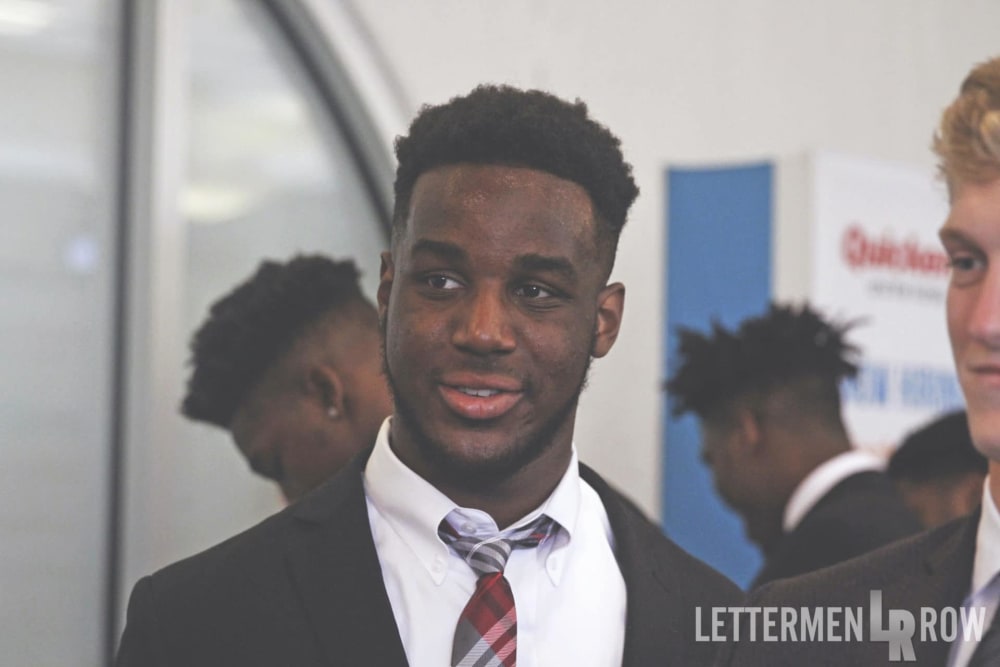 Dallas Gant became the second member of the class of 2018 to get a black stripe removed. (Birm/Lettermen Row)

COLUMBUS — A second Ohio State freshman has earned the right to represent the program this season. And it hasn’t taken Dallas Gant long to make a push for more than just the opportunity to get on the field.

The linebacker from Toledo had his black stripe removed after the fifth practice of training camp according to the social media accounts of the Buckeyes, building off his strong work in the spring as an early enrollee and potentially giving the Silver Bullets another option for playing time on a revamped unit. Gant joins defensive tackle Tommy Togiai as the only representatives thus far from the Class of 2018 to have that stripe peeled off their helmets. 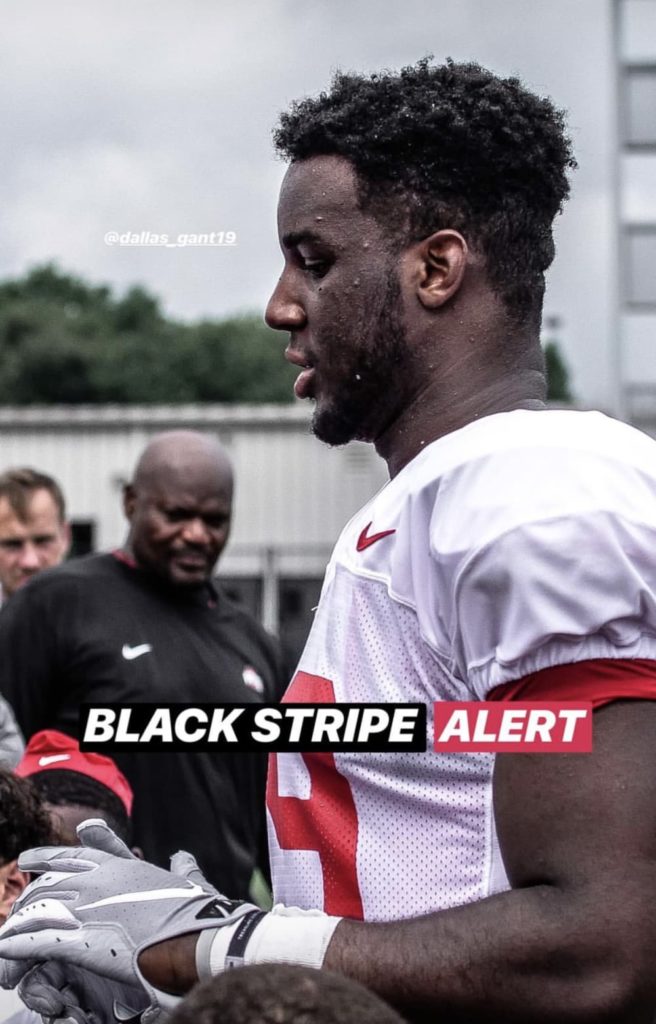 “I think Dallas is such a mature young man,” linebackers coach Billy Davis said after spring camp. “He really is mature. He’s very businesslike, and everything he did, he went about it right.

The Buckeyes appear to already be reaping the rewards, and if nothing else, Gant will add to the rotational depth as the program tries to find the right mix at linebacker.

Gant projects as an outside linebacker, and that could be an interesting competition this month for Ohio State as it tries to find full-time replacements for Chris Worley and Jerome Baker.

Malik Harrison is widely expected to claim one starting job, and Keandre Jones or Pete Werner are likely in line for action on the other side. Depending on what happens with Tuf Borland’s recovery from an Achilles injury, Baron Browning or Justin Hilliard could also kick to the outside if needed.

But now they’ll also be contending with Dallas Gant, who has wasted no time earning a shot at a role for the Buckeyes in his debut season.