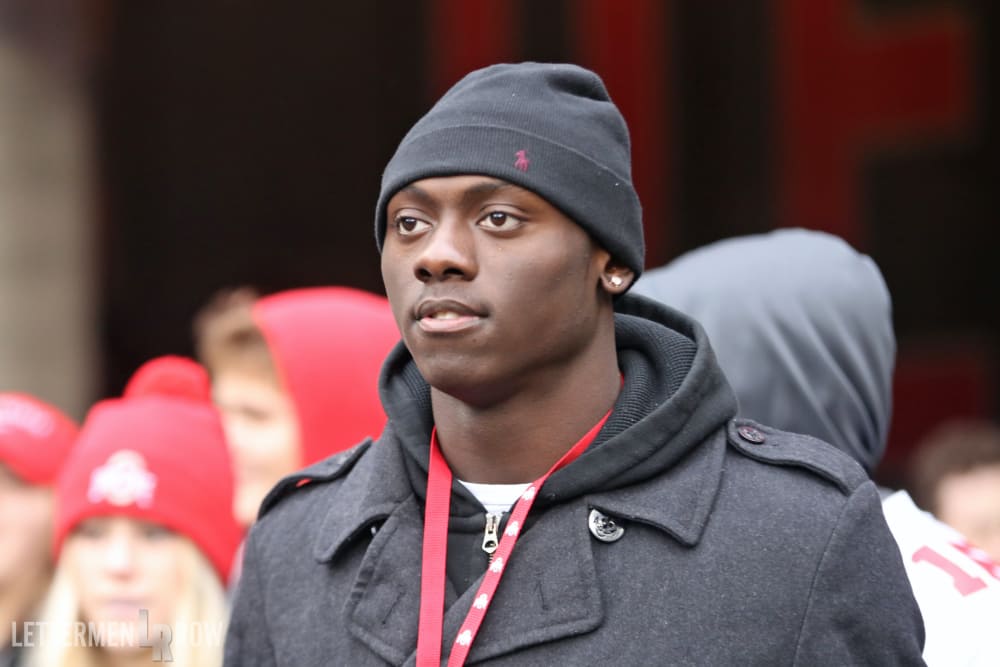 Ohio State signee Craig Young has overcome adversity on the way to the Buckeyes. (Birm/Lettermen Row)

Of all the things going through Craig Young’s mind two years ago as the Fort Wayne, Indiana, house in which he was visiting a friend was being shot up, death was foremost.

“I was really wrong place, wrong time,” Young told Lettermen Row during a visit this month to his hometown. “Friend’s house, somebody drove by, shot up the house, and I got shot in my hand, leg and elbow. I had surgery on my [left] hand. 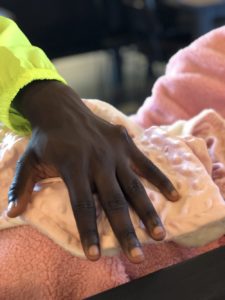 Craig Young still has the scars from when the Ohio State signee was shot two years ago. (John Brice/Lettermen Row)

Those fears of death are rooted in seeing tragedy firsthand. Already as a sophomore at Wayne High School, Young had seen a friend shot to death. Just weeks ago, it happened again.

“I had a friend that got killed age 15, he died, and another friend just died age 18 about three weeks ago,” Young said. “I got shot in the city. Two years ago, sophomore year.

Those changes eventually helped lead Young to a scholarship offer at Ohio State, where he’ll enroll this summer. But everything could have easily slipped away had the bullets flown in a slightly different direction.

Shabaka Young was two hours away, in Indianapolis for a Bears-Colts NFL game, when he got the call from wife Antionette about the youngest of their six children.

“At the time, you’re thinking, I’m just panicked,” Shabaka said. “I went into straight panic mode, and I was in Indianapolis for the Bears game, been a diehard since ’77, when my wife called me. She was like, ‘Craig’s been shot.’

“I’m just like, ‘What do you mean?’ Now I’m trying to figure out how do I get back to Fort Wayne, and I just want answers.”

The elder Young started first with Craig to gain a clearer picture of the evening.

“Craig being the baby of the family and me being an overprotective dad … everybody wants to see retaliation in a situation that doesn’t call for a retaliative concept,” he said. “I want to talk to these people, sit and have conversation and say: ‘What is wrong? What is going on that you’re so angry you’re shooting up a home?’ There’s this notion of fear and anger towards the people who did it with my son just being an innocent bystander.

“He’s never caused trouble. Through the process, it just made me look at Fort Wayne in a different light, people here in a different light. I was pulling Craig in closer to me, but also looking at athletes around Craig and pulling them closer. I keep a quote on them, ‘A well organized lie defeats disorganized truth.’

“So watch out who you’re listening to and trying to follow.” 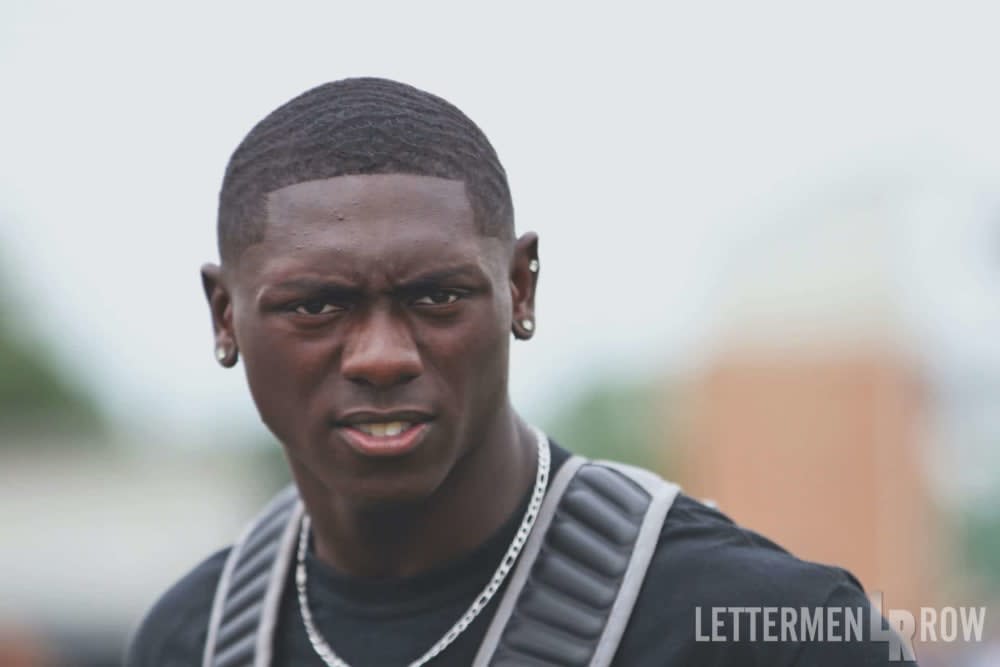 Craig Young ‘going to be something great’

Derrick Moore is far more than Wayne High School football coach or family friend. He won a state football championship in high school with Shabaka, whom he called Big Craig — and he has long been designated Craig’s godfather. As the family learned that Craig had been shot, Moore quickly was informed of the potentially dire situation.

“Craig was shot three times being in the wrong place, wrong time. He was at a friend’s and the girl’s uncle went out and did some stuff, and he got shot in the thigh, hand and elbow/arm. He missed three games, but I’m just glad he’s alive. I think that scared him a lot. He realized he didn’t have to be in a gang or selling drugs [to encounter tragedy]. I thank God he was OK and able to recover from that. Probably just two to three weeks ago, another childhood friend of his was killed here.”

Moore will never forget the events of that night.

“Craig actually texted me and said, ‘I’m OK. I’ve been shot, but I’m OK,’” Moore said. “Then his dad called and I heard his mom in the background screaming and crying. It was bad until we all met at hospital and realized he was OK.

“It was a learning lesson. You don’t want to keep them in a cage, and you’ve got to let him be a teenager, but you don’t want to waste all that talent and potential that he has. I hate to hear about LaVar Ball and parents that are using their kids to get the whole family out of poverty, and that’s not this situation. But Craig athletically and academically has the potential to be something great. He’s going to be something great.”

Craig Young listens perhaps most of all to his older brothers. And that has made baby brother into the wholly-toughened star athlete of the family.

A three-sport star for the Generals, with a career-high 42 points in a single basketball game versus South Bend Washington and a personal-best 10.57 in the 100 meters, Young knows his brothers constantly are sharpening him for the world.

“Without me being the youngest, I don’t know where I’d be at. I had some tough siblings. My oldest brother Anthony just started Army Officer’s School [at Fort Benning, Georgia]. We’d play video games and I’d cry about it. He wouldn’t have it. He’s always been like a second dad to us, been tough to us.”

Athletics never were very tough for Craig Young. Not in flag football at age 6; only mildly more challenging in his first year of tackle ball at 7.

“Our team was all athletic, we all ran fast and kind of out of control — I just remember being faster than everybody and scoring a lot of touchdowns,” Young said. “And nobody could ever get past me.

“I wasn’t really as tough when I started tackle football. First day of practice, bulldog drill, I was soft. I couldn’t tackle no one. My dad got on me. We went to the house and he made my brother, Shaun, who was like 12 years old, just crush me, snot coming down my nose. It was all bad. At that time I was like, ‘Forget football. I don’t wanna play football no more.’ But it taught me that your big brothers are always going to be your big brothers, regardless.” 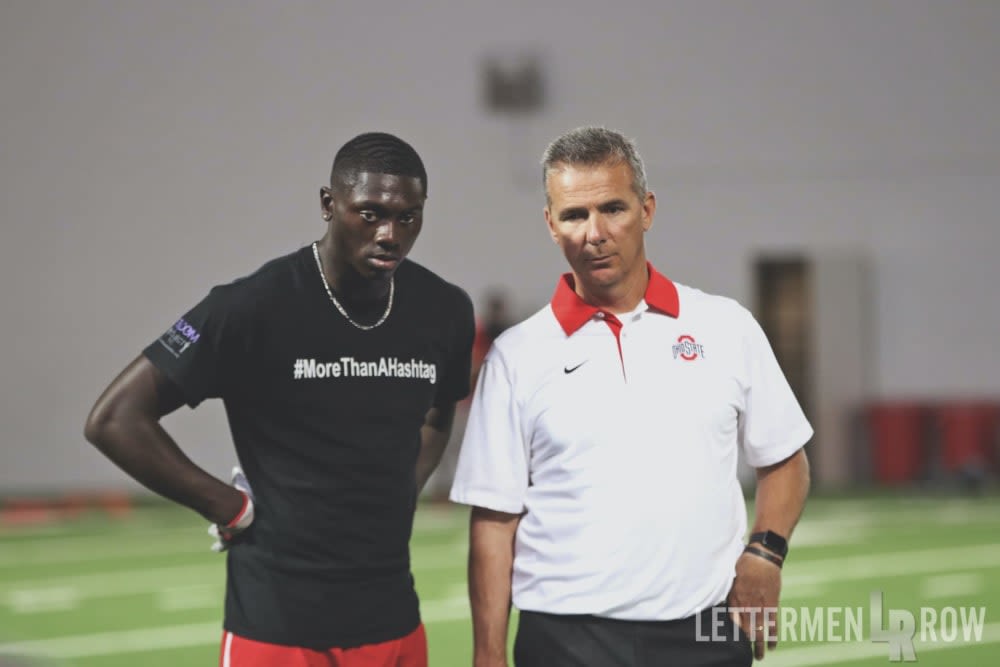 “The visit before I committed, Coach Meyer sat me and my dad and my head coach down, and told me straight out, ‘You’re not good enough to be here,’” Young said. “So I had to get better and come down for the next camp, and I came down and just dominated. Coach Meyer made me work at four different positions: wide receiver, defensive back, linebacker and defensive line.”

“I was waiting on it. When you’re being recruited and you’re three or four stars, they were treating him like he was the next Terrell Owens or one of these guys,” Moore said. “It was refreshing to hear a coach of his prestige like Urban Meyer tell him you’re not good enough. Because I’m always on him about perfecting his craft.

“Since middle school, he’s been told how great he is and how great he can be. I think sometimes he didn’t realize how hard you have to work. When you get to Ohio State, everybody has been a star. It was refreshing and humbling to me at the same time. It kind of changed his whole path.”

Life again is changing Young’s path as he readies himself to arrive at the Horseshoe in June. He and girlfriend, Darnell, are raising their two-month-old daughter, Khodi.

“You’re happy, but you can’t really explain it. You’re still the same, but you just can’t express it, how happy you are. Just happier.”

Times are happy right now for Young. He is on the cusp of breaking free from Fort Wayne’s hardscrabble underbelly and also in position for success thanks to his foundation of family, coaches and role models. He lists six, seven coaches of impact from youth football to track to basketball and, of course, football.

“I’ve got some support systems here in Fort Wayne, some great people that really want to see me succeed in life,” Young said. “I can text them about my problems and how to overcome the obstacles in my life.” 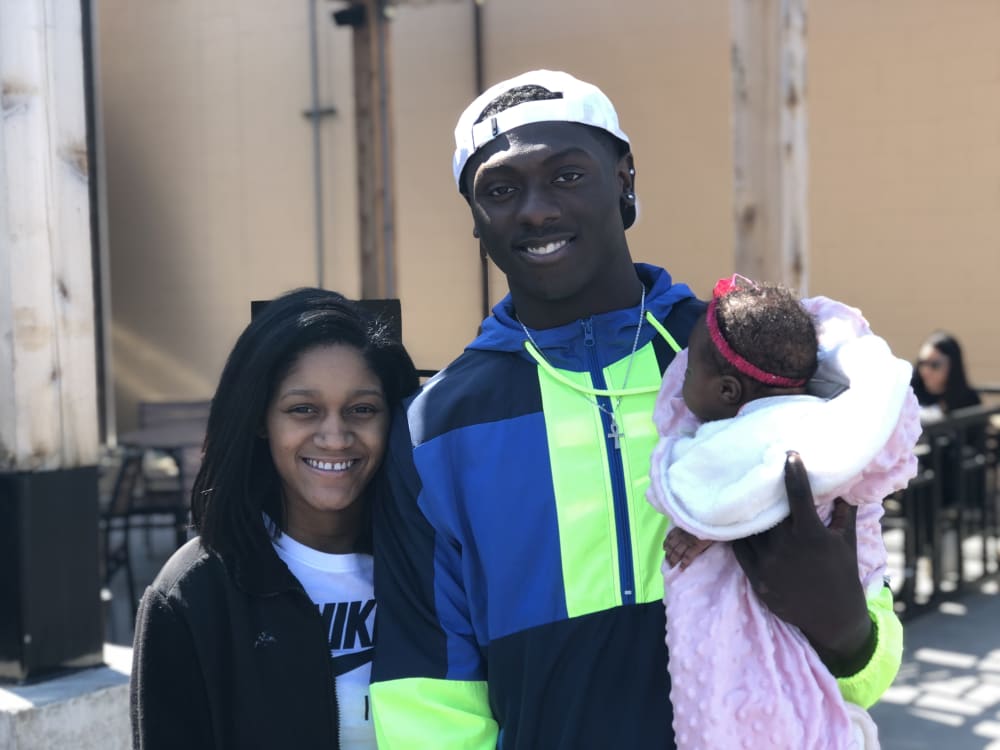 Craig Young and his growing family with his girlfriend, Darnell, and daughter, Khodi. (John Brice/Lettermen Row)

Continue Reading
You may also like...
Related Topics:Featured, Craig Young