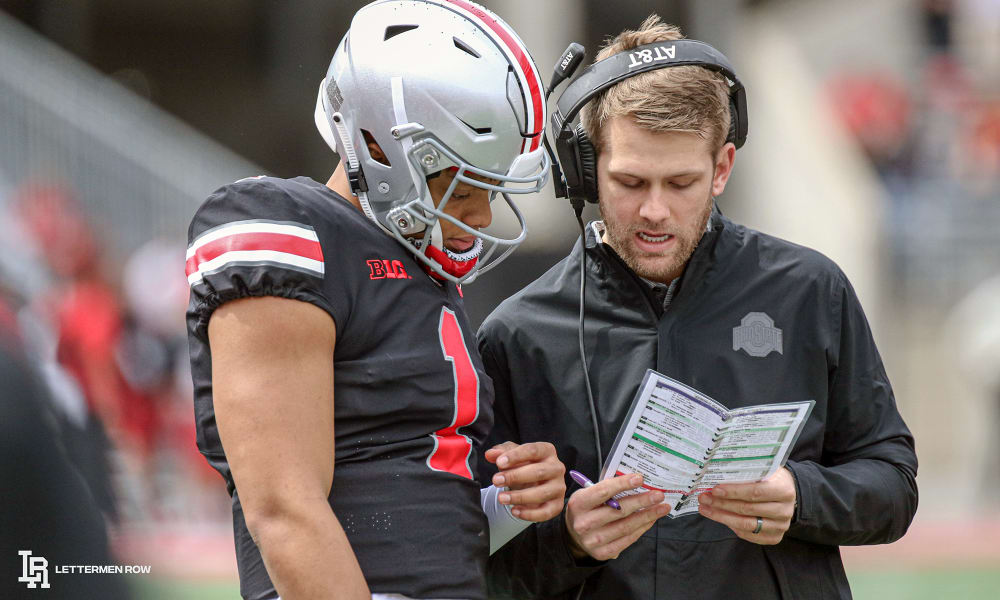 COLUMBUS — Ryan Day could have searched far and wide for the most experienced guy to be the next quarterbacks coach at Ohio State.

He could have found a coach with accolades and years of teaching signal callers to be in charge of Day’s position of expertise. But instead, he hired a 27-year-old, behind-the-scenes, quality-control coach who has been in the building at Ohio State for each of the three seasons that Day has been with the program.

Why did Day promote Corey Dennis to be his quarterbacks coach?

“Since I got here Corey’s kind of been my right hand man,” Day said. “And he’s kind of, right from the beginning, from when I got off the plane that first time, we were kind of together. And we’ve spent a lot of time in that meeting room together. And he knows exactly how we teach things. And he’s got a tremendous relationship with the quarterbacks here. He’s done a good job in recruiting and has had a hand in a lot of stuff.

“But I feel great with not only the fact that he can teach the way we teach it, but also we need some continuity in that room. Corey is a young coach who has a really bright future. And I think everything — if you put into Corey you’re going to get back in invest because he’s so bright.”

Make no mistake, Day is confident with his hire. And Ohio State feels great with the position Dennis puts the roster and coaching staff in heading into the 2020 season. But there is a certain risk that comes with promoting a young coach who has never been the leader of a meeting room before. This isn’t that, though. 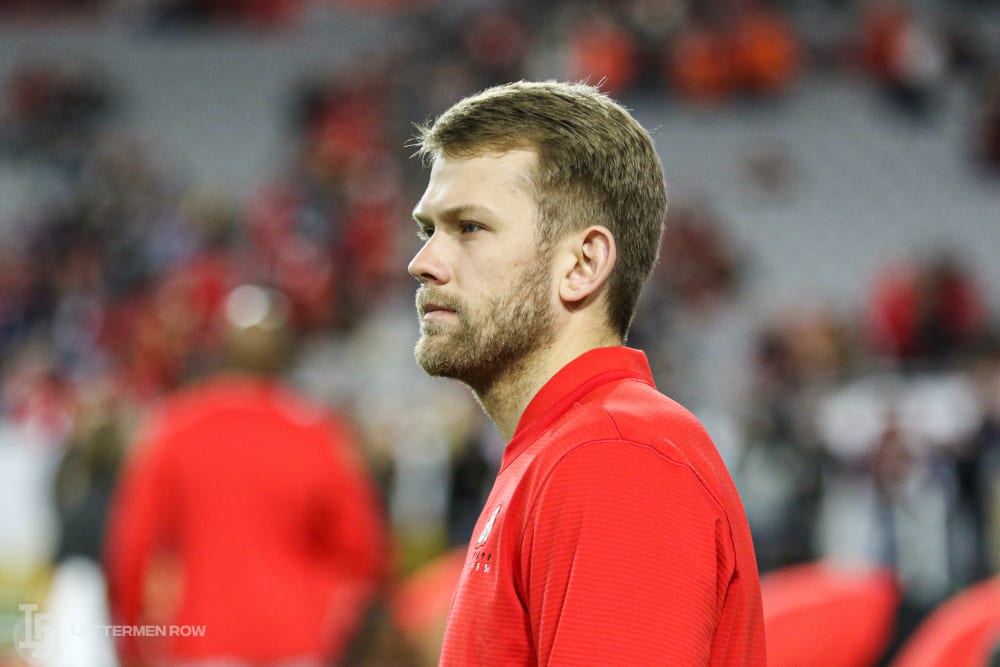 Day has seen Dennis work for three seasons. Dennis was around to watch J.T. Barrett finalize his incredible Ohio State career. He worked closely with Dwayne Haskins during his Heisman Trophy-caliber season in which he tossed 50 touchdown passes. Dennis worked with Justin Fields to help develop him into a Heisman Trophy finalist last season.

And he got a stamp of approval along the way.

“Basically [Dennis] is like my personal quarterbacks coach when Coach Day is not around,” the former Ohio State quarterback Haskins said last year. “I can ask him about looks, coverages, different pressures — and he has everything that Coach Day teaches him.

But the endorsements aren’t what sold Day on hiring Dennis to stay at Ohio State. Dennis had one foot out of the Woody Hayes Athletic Center door and on the way to Colorado State before Day hired him. But Day made an effort to keep Dennis  around, and he’s the first one to say that continuity mattered with this hire. After one season as head coach, Day began to realize that he can’t spend all his time with the quarterbacks like he used to previously in his career. Mike Yurcich was in the room last season, but Day has a certain way of training and grooming quarterbacks.

Dennis has worked under Day for years. He understands that way of teaching, and he allows Day’s voice to be in the room when Day isn’t available.

“I think when you’re dealing with a quarterback, for me, it has to be done the way that we’ve done it here,” Day said. “And when someone else starts bringing in their different opinions or we read it this way, we don’t have time for that. We know what works here. We have a system in place that’s really efficient. We feel strongly that we know how to develop quarterbacks. And one thing that I felt like I couldn’t have conversations with is: ‘No, we’re going to read this differently or teach this differently.’ We have so many other things we have to focus on. We feel great about that. And Corey’s bought into that and he’s going to enhance that.”

Ohio State needed a new quarterbacks coach who is capable of developing the position, evaluating talent at a high level, doing everything the way Ryan Day wants and can be a key coaching piece for future national title runs.

The 27-year-old quality control coach who just got promoted might be the best thing for the Buckeyes. He checks the boxes.

“And, again, the best thing about having someone like Corey who is young and really sharp is everything you invest in him you’re going to get back. That’s what I love. Sometimes when you have somebody older like that, that’s not the case. And so he’s going to be here for the long haul — that’s a huge deal.”