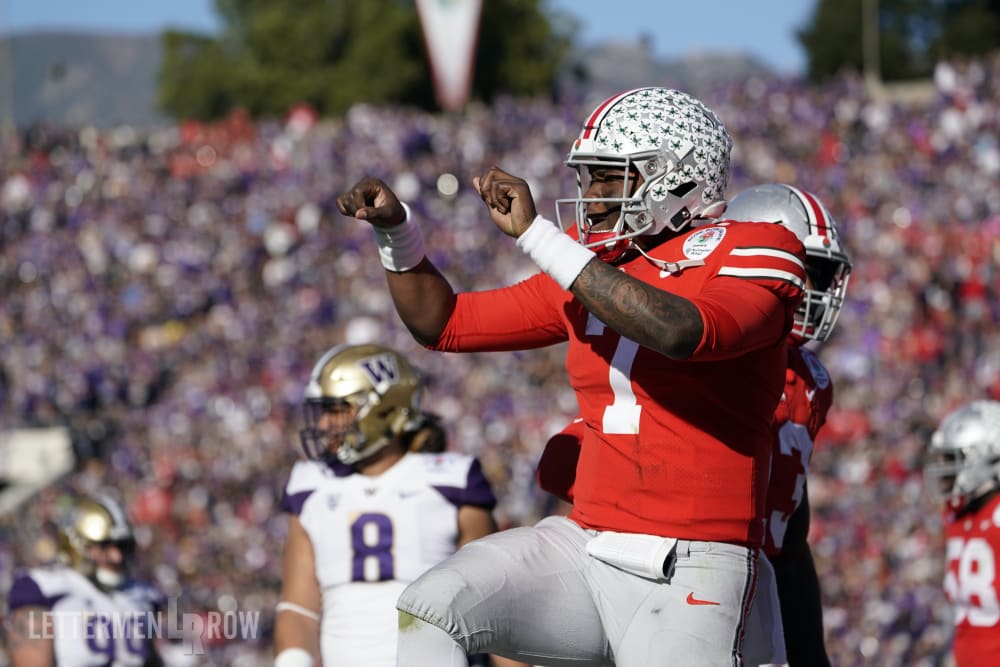 COLUMBUS — Despite being left out of the college football playoff for the second-straight season, Ohio State found itself ranked third in the final AP Poll — ahead of both Notre Dame and Oklahoma — following Clemson’s thrashing of Alabama Monday night in the national championship game.

The Sooners and Fighting Irish came in at No. 4 and No. 5 respectively in the rankings after both were crushed in the playoff semifinals, allowing the Buckeyes to slide in ahead of them after capping off Urban Meyer’s final season in Columbus with Big Ten and Rose Bowl titles. Ohio State also racked up 13 wins for the first time since winning it all in 2014 and for just the second time since 2000.

A total of five teams from the Big Ten, including the Buckeyes, earned a spot in the final polls with Michigan coming in at No. 14 after the Wolverines loss to Florida in the Peach Bowl. Additionally, Penn State landed at No. 17, Northwestern at No. 21 and Iowa checked in at No. 25.

The final rankings can be seen below.